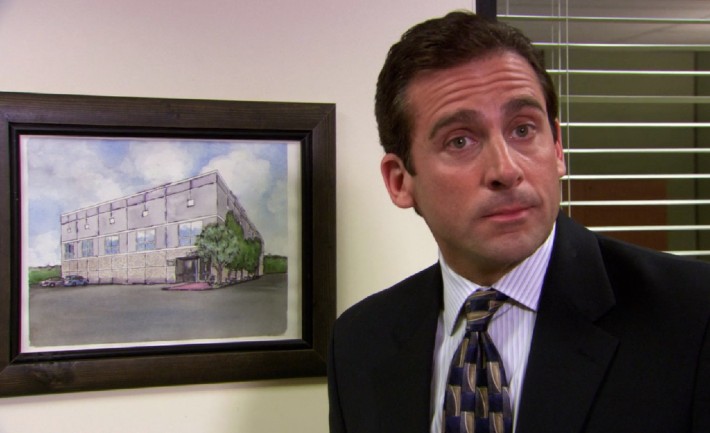 For years, The Office has dominated Netflix as one of the most-watched series offered by the streaming giant. Despite the fact that the sitcom went off the air back in 2013, viewers can’t get enough of the Scranton-based workplace comedy. So when the show makes the leap to NBCUniversal’s Peacock in January 2021, the brand new streaming service plans to up its game by offering never-before-seen content that The Office fans hopefully won’t be able to resist.

“We will be reintroducing The Office in a more complete way, incorporating elements that were not part of the original broadcast,” Peacock chairman Matt Strauss told Bloomberg on Thursday. While the exact details of the unreleased content wasn’t disclosed, we’re guessing it will pique the interest of diehard The Office fans. It’s also a similar move to HBO Max’s strategy for Friends, which is yet another NBC hit that reeled in viewers during its time on Netflix. However, due to the pandemic, Friends arrived on HBO Max without a highly-anticipated reunion special, which is still in the works.

As for why The Office is such a massive draw for streaming viewers, our own Jason Tabrys spoke with Brian Baumgartner, who played Kevin on the hit show and recently launched An Oral History Of The Office podcast. From his inside perspective, Baumgartner hopes to solve the puzzle of why the show continues to endure even in an increasingly crowded pop culture landscape:

“The question that was interesting or most interesting to go back and explore was simply why is The Office — seven years since we filmed our last scenes in the finale — still the most-watched television show? What has happened and what happened early on, in the creation of the show, that formed the show that has not just survived and which has a legacy, but which actually thrives and increases in viewership and… including new shows that are on the air now, by any metric you can measure, more people are watching The Office now, then not only ever before, but more than any other show that exists today.”

An Oral History Of The Office podcast is available on Spotify.