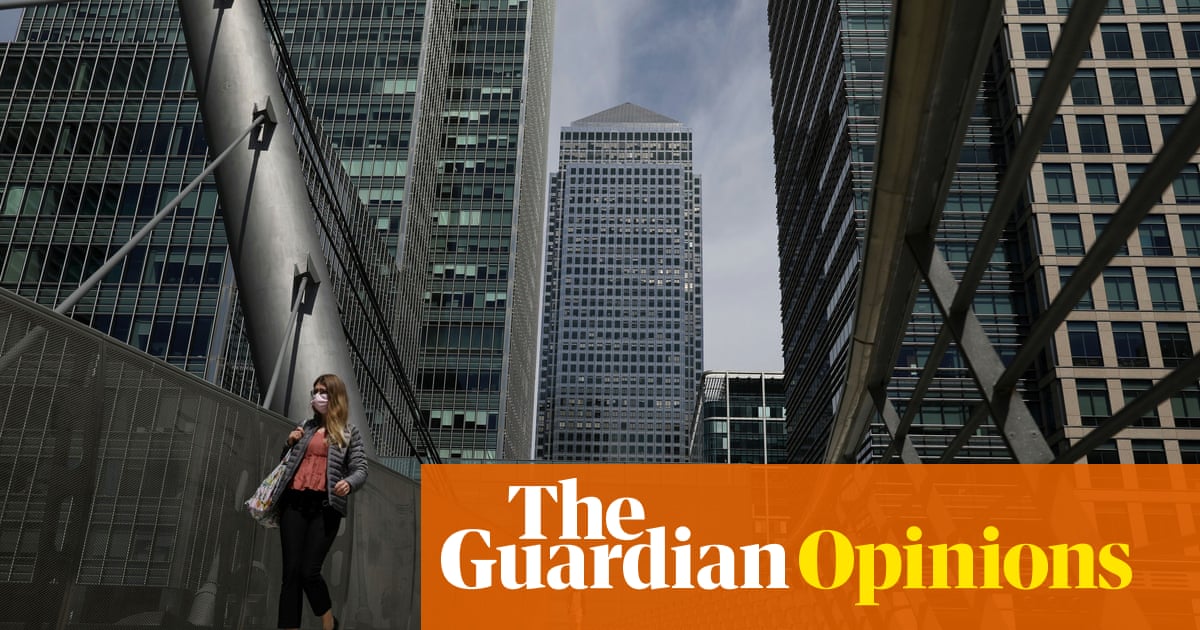 There is a joke format that became popular on social media in the early stages of lockdown. Someone would post something speculative about when a certain aspect of life would return to normal, say, when the restrictions on the amount of daily outdoor exercise would be lifted. Then someone else would reply to, or share, their post with the caption: “Normal? Oh we ain’t never going back to normal.” I use the word “joke” generously, and when I say popular I mean “a lot of people did it”, rather than “a lot of people liked it”.

This type of cocky, unevidenced prophesying has been one of the more annoying responses to coronavirus. None of us really knows what is going on, or how anything will turn out, but the person making this joke intends to present themselves as a kind of world-weary sage. Instead, they demonstrate a strangely naive misunderstanding of how invested in the old normal are the people currently in charge.

Workers are exposed to an undiminished coronavirus threat, but are encouraged to revert to buying the same Pret sandwich they used to have

The Conservatives are so keen to make sure that we definitely are going back to normal that in England, from this Saturday, companies can request that employees come back into the office even if they do not need to be there to work. This includes those deemed to be highly vulnerable to the virus, with the 2.2 million people who have been “shielding” also advised to return, and somehow institute strict social distancing measures for themselves within their workplaces.

This initiative has been framed as a push to “get back to work” but, since the people it refers to have mostly been working from home throughout the virus, it would be more accurate to call it “get back to the office”. It is less about improving productivity and more about prodding workers into spending money in the chain restaurants, cafes and pubs that serve offices in city centres, because the furlough scheme will end soon.

In this way, the government is trying to force us into a warped version of normal, in which there is no vaccine and workers are exposed to an undiminished coronavirus threat, but are encouraged to revert to buying the same Pret sandwich or meal deal lunch they used to have before any of this started.

Many companies have decided they would rather not bring employees back, whatever the government says. This isn’t necessarily a charitable stance. It seems obvious that employers would rather not have lots of people taking time off sick if they can help it. Some firms have also probably started to rethink the value of expensive city centre office space and see this as an opportunity to continue an experiment into how necessary it is.

And, of course, where bosses would have to rethink office layouts to accord with social distancing guidelines, this responsibility instead falls on employees to make part of their home into a workspace. Some companies have also found staff to be more productive – one survey of 180 managers and executives found that 43% said working from home during the coronavirus outbreak had made their workforce more productive. But this reasonable, and predictable, business decision is being framed as somehow unpatriotic, and “anti the war effort”.

Earlier this week, the Daily Mail ran a piece declaring that Downing Street was being “urged to beef up its ‘back to work’ message”, lamenting that the employees of several large companies will not be returning to offices. “Beef Up and Back to Work” sounds like a predictably coronavirus era version of the motivational second world war slogan “Keep Calm and Carry On”; the piece went on to use buccaneering language like “toughen up”, as it condemned a list of “giants who have let fear keep UK plc locked down”. This included companies such as RBS, KPMG and Google, who have all decided not to follow the government’s plans, and keep the majority of employees at home for the meantime.

This cheesy, patriotic sloganeering belies the seriousness of the situation we find ourselves in. With almost 50,000 people dead in the UK from Covid-19, and no clear sign of a vaccine, the incentive for people to return to a draining, and now dangerous, routine of commuting and open-plan offices for the sake of “UK plc” is minimal. Just yesterday, the health secretary Matt Hancock admitted he was worried about “a second wave starting to roll across Europe”.

Asking workers to return to offices at the precipice of this seems ludicrous. Added to this, the high cost of rent in city centres has already hollowed them out and made them a hub for multiple versions of the same large chain cafes, shops and restaurants. It would not be the worst thing in the world if these spaces reverted to a less corporate version of themselves should working from home continue.

There is a strange irony to the idea that the Tories are suggesting that companies should take steps they clearly consider adverse to their interests, since this is really in the name of helping out the state. Their hope may be that, by forcing workers back to city centres their spending will help make up the shortfall in revenue shops face as the government ends its furlough scheme – effectively plugging a gap left by government.

This is very much antithetical to the free market ideology the Tories usually champion, where companies act in their self interest, with little regard for how their decisions affect the wider economy. The argument that businesses should be endangering their workforce for the sake of “UK plc” is unconvincing. To put it simply: why would they?