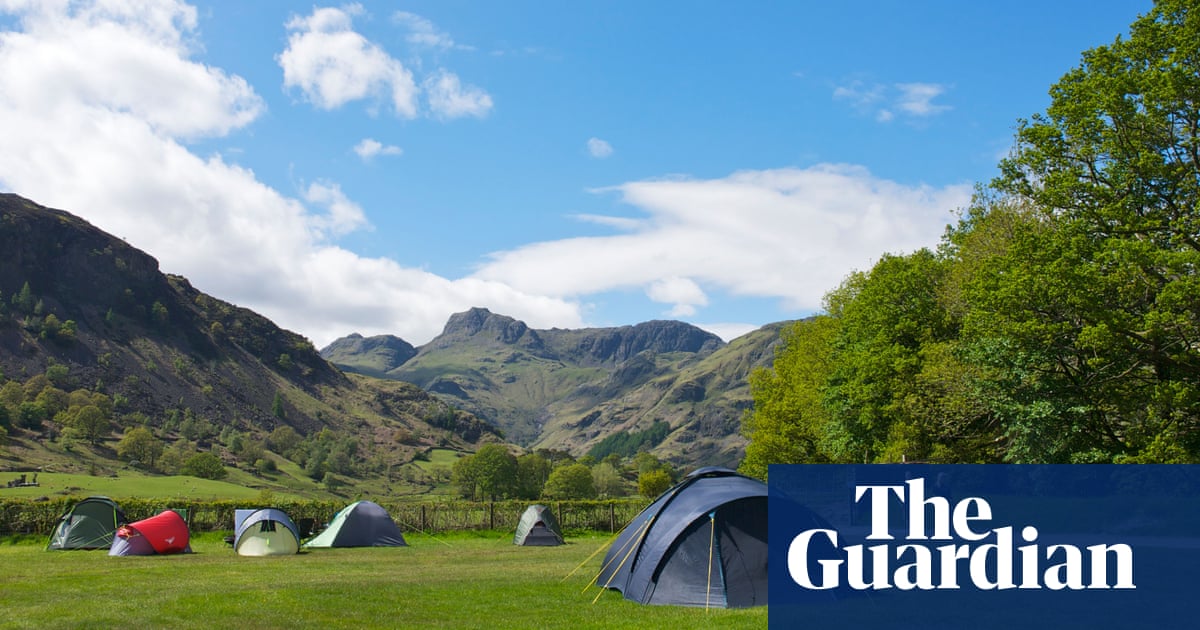 The British tourism industry is facing a town and country divide, with up to half of campsites already fully booked throughout August while city hotels stand three-quarters emptier than last year.

Thousands are thought to have cancelled foreign holidays this week after the government’s decision to advise against all but essential travel to Spain, the UK’s top tourist destination, and force people returning from the country to quarantine.

With temperatures set to hit 35C on Friday, holidaymakers are choosing instead to spend time in the great outdoors – at the seaside or in the countryside – while the tourism industry in UK cities remains in tatters.

Data for several thousand hotels, shared with the Guardian by industry analysts STR, suggests those that have reopened in London are 76% less occupied than this time last year, with that figure rising to 77% in Edinburgh and standing at 69% in Manchester. On average, open hotels in those cities were just under a quarter full (24%) between 1-18 July.

In comparison, Devon and Cornwall hotel occupancy was at 64% in that period, the data suggests; with that figure 63% in the Lake District and 56% in Bournemouth – where police are set to establish cordons to manage a possible surge of tourists this weekend.

“The UK is not alone in this pattern of stronger demand for regional destinations. We have seen this occur across the globe as countries begin to see demand slowly returning to the hospitality sector,” said the STR director Thomas Emanuel, adding that it would take “multiple years” for urban demand to return to 2019 levels.

While many had reopened, city hotels were still struggling as numerous nearby attractions and events venues remained closed, said Jane Pendlebury, chair of the Hospitality Professionals Association. And fears of travelling on public transport still loomed large.

“We’ve seen coastal hotels and those in traditionally popular destinations, such as the Lake District, enjoy a bumper few weeks as UK-based travellers look to escape post-lockdown,” she said. “The picture has been far from rosy for other operators.”

In the great outdoors – where coronavirus is less easily transmitted – at least 47% of campsites across the UK, booked through Pitchup, are full for the next 30 days – compared with 41% last year. Hundreds of landowners and entrepreneurs are opening their gates to campers to make the most of the growing demand, as pre-existing sites have had to reduce capacity to allow greater space between pitches.

“Outdoor holidays have exploded in popularity this year, with one booked every three seconds on our website,” said Pitchup’s founder Dan Yates, pointing out that a popup campsite in the Lake District that went live last week took over 600 bookings within days. “In the words of the deputy chief medical officer, it’s a ‘biological truism’ that outdoor environments are safer than those indoors.”

Demand on campsites.co.uk is running at treble the normal levels and availability is extremely limited for week-long breaks next month in Devon, Cornwall and other popular counties. Bookings are also treble that of the same time last year on the Cool Camping website, and sales of camper vans have also reportedly risen significantly.

“I always think that the best memories are created doing something new,” said the campsites.co.uk founder Martin Smith. “With around 100 counties in the UK – and each one offering something a little bit different to the last – you can travel and still avoid the crowds this summer. Wherever you go, a few nights under the stars is good for the soul.”

The growing popularity of camping seems unlikely to abate after 41 flights to Spain from Stansted, East Midlands and Manchester airports alone were cancelled between Sunday and Wednesday.

The package holiday provider Travel Republic confirmed it was forced to cancel several thousand bookings over the next two weeks. All Tui holidays have been cancelled until 17 August for mainland Spain and until 10 August for the Balearics and Canaries.

“We’re now doing everything we can to support those affected,” a Travel Republic spokesperson said. Jet2, which has asked some holidaymakers on Spain’s islands to cut short their breaks, did not respond to requests for comment.

The Visit Yorkshire chief executive, James Mason, said people were discovering a “new-found appreciation of what’s on their doorsteps” after months of lockdown, as he praised his county’s diversity and beauty.

“Name another rugged Jurassic coastline like Runswick Bay, which has just won the accolade of best beach by [the] Sunday Times; offering unspoilt beauty, you could be in any century – the sand is white, sheltered from the wind,” he said.

“In our pretty market towns we have some of the best seafood in the country, then travel inland and you could be in the wilderness of one of our three national parks.”

Fran Tham, 76, from just outside Cardiff, will have her first caravanning holiday this summer in three decades. “We’re not caravan people but I’m excited to see the family and have a barbecue,” she said of her plan to see her daughter in her new caravan in Suffolk.

“It’s a low-key holiday but it feels like a big step as we are in our 70s and have been very careful in lockdown. We would have gone to Tenerife to stay with friends but we don’t want to fly now.”