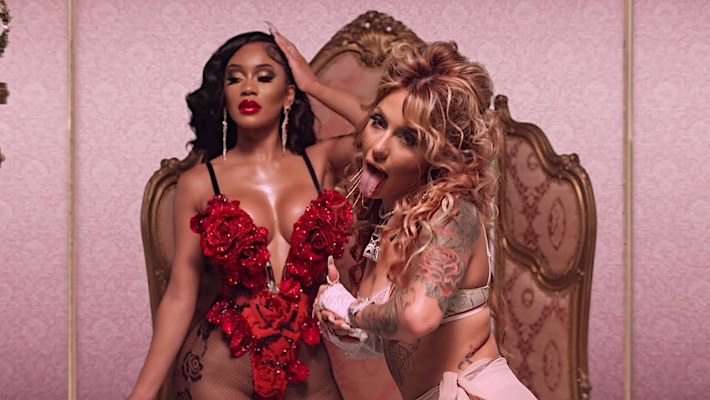 Saweetie has had a busy 2020 so far. After finding herself at the center of some Harley Quinn-related uproar, she has dropped new music here and there. In March, she guested (as did Trina) on Mulatto’s remix of “B*tch From Da Souf,” which she followed by sampling Too Short on “Tap In” and dropping a homemade “Pretty B*tch Freestyle” video. Now she is closing out July by giving an assist to an up-and-comer: Saweetie joins Dallas rapper Tay Money on “Bussin 2.0.”

The new version of “Bussin,” from Tay’s 2019 album Hurricane Tay, sees both rappers flexing all over the track. On her verse, Saweetie boasts about her desirability and the success she has achieved at a young age, saying, “Pretty and thick so get what I want / He wanna know how I look in a thong,” and, “Fresh out of the college, making millions of dollars / That sh*t turn me into / A whole brand new b*tch.”

Tay, meanwhile, brags about her large posterior — “Ass busting out the frame / Ain’t nobody else in my lane” — and artistry — “They thought this was a gimmick / It’s too catchy to forget it.”

Saweetie isn’t the first big-time collaborator Tay has bagged, as DaBaby and YNW Melly both featured on Hurricane Tay.