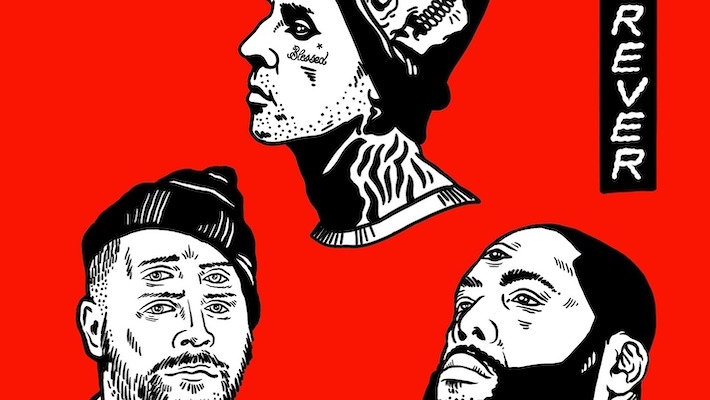 Run The Jewels’ 2020 got off to a slower start than expected, as thanks to the coronavirus and its resulting quarantine, much of the music industry was forced to cancel and change the plans they had in place for their respective bodies of work. Clearing the hurdles and eventually opting to deliver their latest album free of charge, Run The Jewels delivered their long-awaited Run The Jewels 4 album. Continuing to treat their fans to new music, the duo joins Travis Barker for a new collab.

Getting together for “Forever,” Run The Jewels rock out heavily on the new single with Travis Barker. Leading the way, Killer Mike comes out swinging on the rambunctious putting forth a solid verse and a chopped-up hook before lending the mic to El-P, who holds it down as Travis Barker wilds out on the drums and guitar on the track’s production,

Since the release of their fourth album, Run The Jewels have unveiled a new cannabis line and explained the events that led to El-P and Killer Mike coming together to form the group. After revealing that the title track off Run The Jewels was the first Run The Jewels song ever made, El-P explained that early chemistry with Killer Mike pushed them to create the group. “It was originally going to be an El-P project but Mike came to hang and the rest is history. by the time we got to 6 jams we knew it had to be an album.”

Check out “Forever” in the video above.