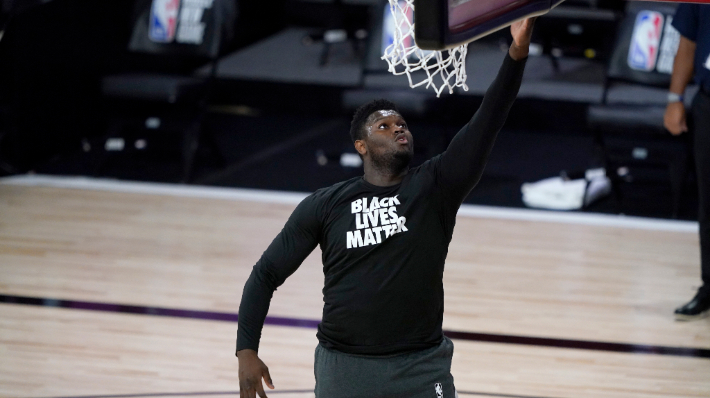 The New Orleans Pelicans gradually increased how many minutes Zion Williamson played when he made his NBA debut earlier this year following knee surgery. The team decided to take a similar approach during his first game in the league’s Orlando bubble on Thursday night, and apparently, the decision didn’t sit particularly well with the No. 1 pick in the 2019 NBA Draft.

Chris Haynes of Yahoo Sports, who is down in the bubble, appeared on The Dan Patrick Show to discuss how things in the bubble are going. Patrick asked him about the lack of Williamson on Thursday — he played 15 minutes in a 106-104 loss and scored 13 points on 6-for-8 shooting — and as Haynes tells it, the youngster was “pissed.”

“I’ll say this, Zion was pissed,” Haynes said. “Like, he wanted to play. And obviously, I think members of the Pelicans feel like if he was able to go down the stretch or play significant minutes, that they would’ve got the win last night.”

Haynes explained the reasoning behind the decision. Basically, the team wanted to use Williamson — who had to leave the bubble for a good portion of the ramp-up to playing — in “3-4 minute spurts,” and that he was not on any sort of formal minutes restriction. This logic, we can probably assume, won’t be the case as the bubble goes on and the Pelicans play games against other teams with whom they’re battling for the 8-seed in the Western Conference. After a tilt against the Clippers on Saturday, four of their remaining six games are against other teams at the bottom of the West, while the other two are against the Orlando Magic and the hobbled Washington Wizards.