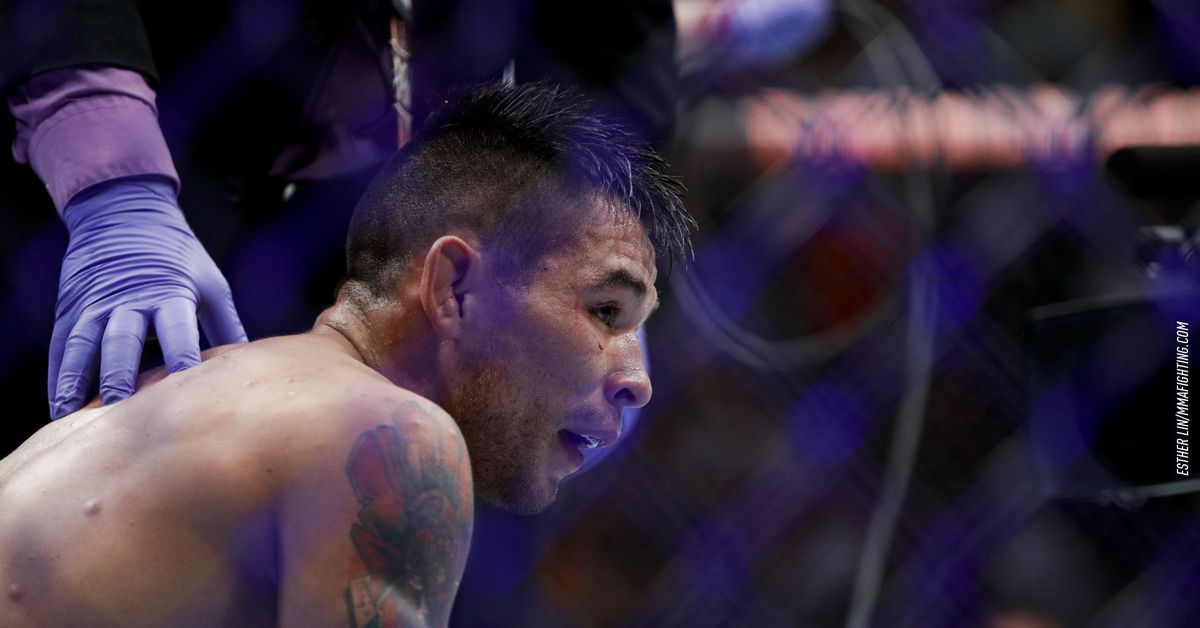 For the second time this year, Ray Borg has been removed from a scheduled fight.

MMA Fighting confirmed with sources that Borg will no longer be competing in a bantamweight bout at Saturday’s UFC Vegas 5 event at UFC APEX in Las Vegas against Nathan Maness. After withdrawing for undisclosed reasons, Borg has been replaced by UFC newcomer Johnny Munoz (10-0). Munoz now faces Maness in a featherweight bout.

The change was first reported by MMA Junkie.

Borg has withdrawn from several UFC fights in his six-year run with the promotion, most recently missing a fight with Merab Dvalishvili at UFC on ESPN 10 in June due to personal reasons. The 26-year-old did not go into details as to the reasons for his withdrawal, though he later posted a message to social media indicating that it may have been related to his son’s health issues. Borg wrote that his son was doing well and would not require further surgery to address an existing brain condition.

The undefeated Munoz, 27, steps in on one day’s notice for his first fight of 2020. A bantamweight champion in the King of the Cage promotion, Munoz has finished eight of his 10 opponents by knockout or submission.