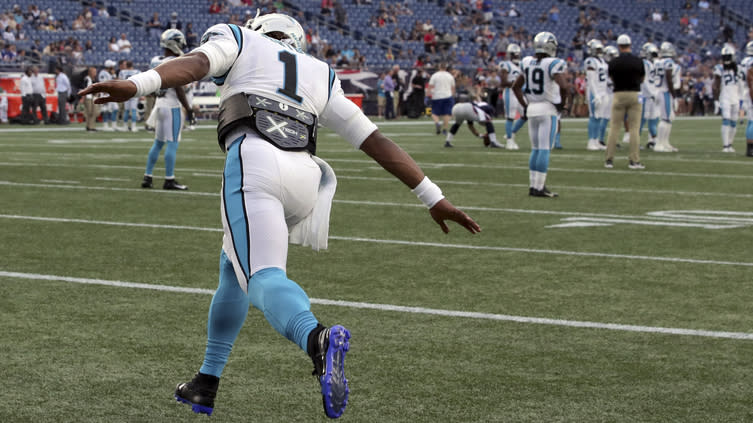 The eagle has landed.

New England Patriots quarterback Cam Newton arrived in Boston last week ahead of training camp with his new team. On Friday, Newton finally made it to Gillette Stadium in Foxboro, according to the excitable tweet he sent that morning.

Newton’s mere presence at the Patriots’ facility is a good sign, as it likely means his COVID-19 tests to date have come back negative. Under the NFL’s safety protocol system, all players must take three COVID-19 tests within a four-day period from Tuesday to Friday before they’re even allowed in the building.

Download the MyTeams app for the latest Patriots news and analysis

If players pass all three tests, they can enter the facility to receive their equipment and take their physicals on Aug. 1 and 2.

The Patriots have yet to have a negative COVID-19 test, per NFL Media’s Mike Giardi, so it’s possible Newton is celebrating making it through the “testing phase” of this unprecedented training camp.

Once Newton gets in the building, he’ll be eager to hit the ground running with his new Patriots teammates and prove to his doubters that he’s still an elite QB at 31 years old.