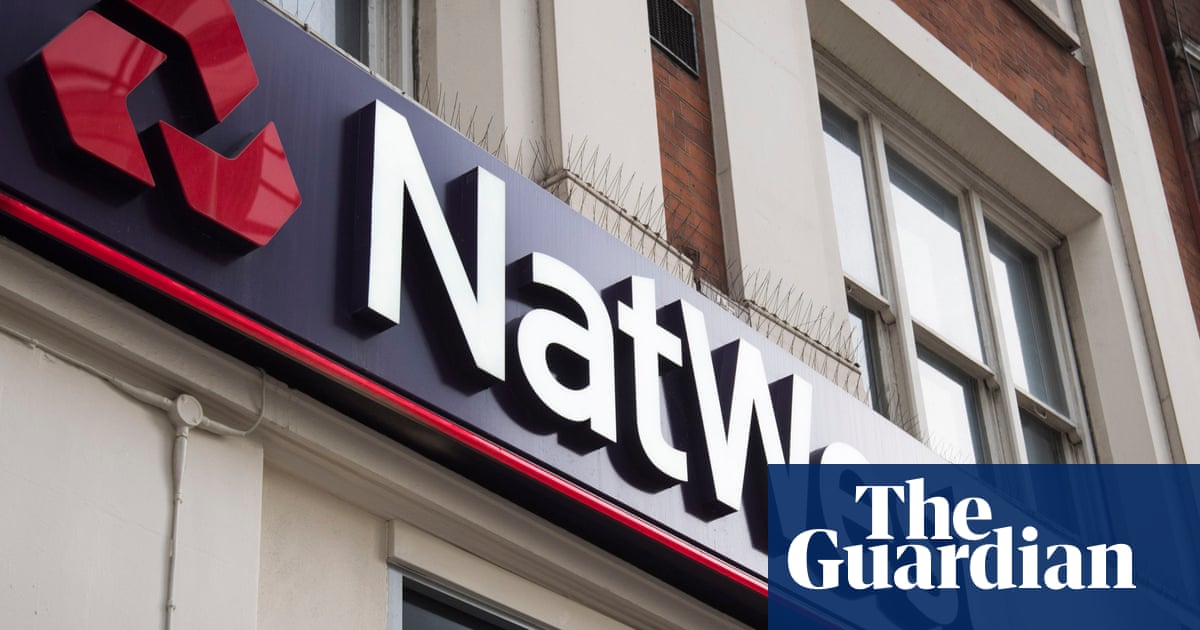 NatWest tumbled into the red by £1.3bn in the second quarter, as it stashed away another £2.1bn to cover bad debts caused by the coronavirus crisis.

Preparations for a further downturn wiped out profits at the taxpayer-owned lender – formerly known as Royal Bank of Scotland – which reported a £1.7bn profit during the same period last year.

Its earnings were stung by a £2.1bn loan loss provision to cover a jump in defaults in the coming months, as businesses and households struggle to repay their debts because of the economic slump triggered by the pandemic. Analysts had expected a second-quarter charge of £943m.

NatWest said the impairment costs – which brings total provisions so far this year to £2.9bn – “reflected the deterioration of the economic outlook”. Full-year loan loss charges are expected to total £3.5bn-£4.5bn.

However, the lender warned it could be forced to take a writedown if the economic blow was larger than expected: “The impacts of Covid-19 on the economy and the mitigating benefits of government support schemes remain uncertain and could result in changes to our financial results in upcoming periods, including the possible impairment of goodwill.”

The group said it was still aiming to cut £250m of costs by the end of the year, which included a headcount reduction of 500 jobs in the second quarter. A spokeswoman said that figure had been achieved as a result of people leaving the business and not being replaced, and that job cuts would not be made until after September.

The chief executive, Alison Rose, said the lender was still in a strong financial position: “Our performance in the first half of the year has been significantly impacted by the challenges and uncertainty our economy continues to face as a result of Covid-19. However, NatWest Group has a robust capital position, underpinned by a resilient, capital-generative and well-diversified business.”

NatWest is the latest UK bank to reveal the mounting costs of the pandemic. Lloyds reported a second-quarter loss of £676m after putting aside £2.4bn for bad debts. Barclays’ quarterly profit plunged 75% to £359m after a £1.6bn loan loss charge.