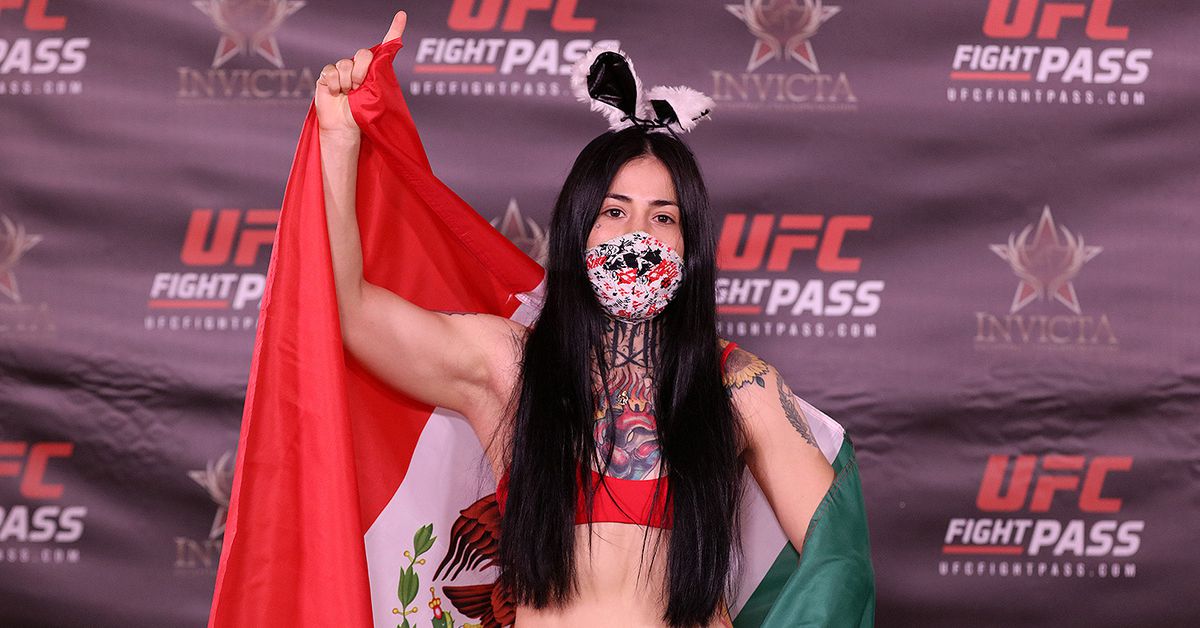 Ruiz’s aggression paid big dividends as she secured a first-round tapout of Morandin, who missed weight for the non-title strawweight headliner on Thursday at Memorial Hall in Kansas City, Kan.

Ruiz set the finish in motion by windmilling forward with punches, setting up a takedown. Midway through the frame, she blasted Morandin with a flurry and easily made the trip south. Setting up in judo side control, she pounded away with punches before using her legs to crank a keylock on Morandin at the 3:28 mark of the opening frame.

“I always envisioned I was going to win this fight, and I was feeling really proud about coming back,” Ruiz said via her translator. “There’s no excuses, there was last time, and that was part of the path. I just showed that I improved.”

Ruiz got back to the win column after a loss to UFC vet Danielle Taylor that marked her first professional defeat. Morandin has now dropped three straight bouts.

Check out the finish.

Using straight punches and expert timing, flyweight Erin Blanchfield put Brogan Sanchez on her heels early with a series of punches – and a high kick – that rotated Sanchez’s jaw. When Sanchez survived, she took the fight to the mat and worked ground and pound to close the first.

Sanchez picked up the pace in the second, using volume to strike Blanchfield in retreat. Again, though, Blanchfield won the takedown fight and scored points on top. She eventually advanced to mount and secured a crucifix that she used to try a last-minute keylock.

In the final frame, Blanchfield controlled Sanchez on the mat before taking mount and closing the fight with a furious bout of ground and pound. That netted three 10-8 scorecards for a 30-26 sweep.

In an almost pure standup fight, longtime vet Kaitlin Young’s low leg kicks damaged Latoya Walker over three rounds, leaving Walker limping by the third round. Although Walker was able to put hands on Young, she was on the losing end of most exchanges. Judges not only gave Young the shutout, but handed out a few 10-8 scores for a final 30-26, 30-26, 30-27 tally.