The 1980s brought us one-hit wonders such as Nena, Falco and Men Without Hats. To that list, playwright David F Ross would like us to add the Miraculous Vespas and their chart topper It’s a Miracle, a reverb-saturated slice of indie pop with a jangliness that seems perfectly authentic.

As well it might, because it’s written by Robert Hodgens, who hit the charts as lead singer of the Bluebells with Young at Heart in 1984. His song is played in the middle of Miraculous, a 50-minute online play from Ayr Gaiety and Borderline. It signifies the missed opportunities of Grant Delgado (Colin McCredie), an also-ran songwriter who, 35 years on, has ended up as a painter and decorator. 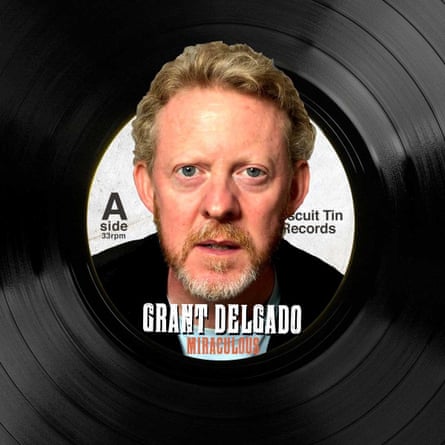 If only the song wasn’t the most believable aspect of the play. Adapted by Ross from his novel The Rise and Fall of the Miraculous Vespas, it strips out the book’s complex web of Kilmarnock criminality to focus on the band that nearly had it all.

Directed in lockdown isolation by Stuart Hepburn, it is told as a Zoom interview in which chat show host Norma Niven (Sarah McCardie) reunites Delgado with manager Max Mojo (Tam Dean Burn) to piece together where the band went wrong.

The answer is a string of cartoonish events – from kidnapping to undercover deception – that would be funny in a farce but are an awkward fit for small-screen realism. It’s not that Miraculous lacks wit. There are good gags about microphones getting stuck on mute and an amusing cameo from real-life pop pundit Billy Sloan. But the characters are too full of regret to be figures of fun, yet too hard to believe to earn our empathy.