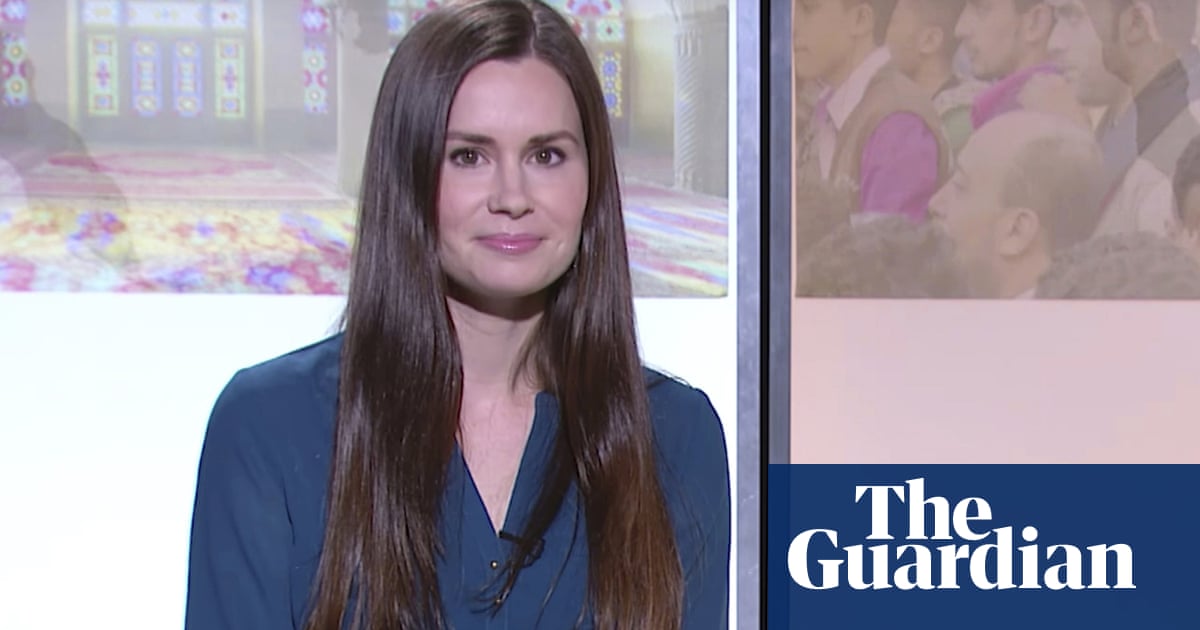 The imprisoned British-Australian academic Kylie Moore-Gilbert is set to be granted a meeting with Australia’s ambassador to Iran as soon as Sunday.

Following reports in the Guardian that Dr Moore-Gilbert was seriously unwell in Qarchak prison and had been removed from quarantine because she was attempting to write to the ambassador for help, the state-run Mizan news agency reported she was in “perfect health”.

“Following publication of a claim … of Moore-Gilbert’s unfavourable physical condition, Mizan’s correspondent is informed that the prisoner is in perfect health,” reported the news agency, which is affiliated with Iran’s judiciary.

“On a judicial order, it is planned that this person, convicted of espionage, will meet with the Australian ambassador on Sunday.”

Mizan also denied reports – originating from sources inside Qarchak to the Guardian and to the Human Rights Activists News Agency – of suicide attempts by prisoners held there.

A spokesman for Dfat, Australia’s department of foreign affairs, confirmed Moore-Gilbert would be allowed to meet with the ambassador, Lyndall Sachs.

“The Iranian government has confirmed that Dr Moore-Gilbert has been moved from Evin to Qarchak prison and has advised that our ambassador to Iran will be allowed to make a consular visit to her shortly.

“We hold Iran responsible for Dr Moore-Gilbert’s safety and wellbeing.”

The spokesman said the ambassador had previously visited Moore-Gilbert in Evin and that her case remained “one of the Australian government’s highest priorities”.

Moore-Gilbert has had telephone contact with her family and the ambassador over the last several months. She is serving a 10-year prison sentence after she was arrested at Tehran airport in September 2018 and convicted of espionage following a secret trial.

No evidence of Moore-Gilbert’s alleged crimes has ever been publicly presented. She has denied the allegations against her and the Australian government rejects them as baseless and politically motivated.

Cambridge-educated Moore-Gilbert, a lecturer in Islamic studies at the University of Melbourne, was arrested after attending an academic conference, at which she was invited to speak, in Qom. Fellow conference delegates and an interview subject for her academic work flagged her as “suspicious” to Iran’s Revolutionary Guards, who arrested her at Tehran airport as she prepared to fly out of the country.

Concerns for Moore-Gilbert have grown after she was suddenly moved from Evin prison’s Ward 2A to the notorious Qarchak women’s prison, outside Tehran.

Isolated and overcrowded, Qarchak has a reputation as one of the most hostile prisons in Iran. Last month the US state department listed Qarchak as an entity responsible for “extrajudicial killings, torture, or other gross violations of internationally recognised human rights”.

There are also serious concerns over hygiene, with access to soap and other basics limited, particularly given Iran’s significant Covid-19 outbreak, with more than 300,000 confirmed infections and 16,000 deaths.

The Guardian has heard a recording of Moore-Gilbert’s voice from Qarchak, where, speaking Persian, she says: “I can’t eat anything. I feel so very hopeless … I am so depressed.”

While Moore-Gilbert was initially placed in Qarchak’s quarantine section – a week-long Covid-19 precaution for all new inmates – she was moved after two days into the general prison population, sources say, to further cut off her access to the outside world.

“Before she was moved Kylie was trying to seek help from her cellmate to write a letter to Australian ambassador to Iran to visit her urgently,” a cellmate in the quarantine section said in a message smuggled out of the prison.

Moore-Gilbert was physically ill while she was held in the quarantine section.

“After one meal she became sick. Kylie was terrified of the officers … she left me in tears and anxious,” the source said.

Our silence has failed to even guarantee her basic rights and humane treatment.

Having previously been urged that quiet diplomacy was the most effective strategy to secure Moore-Gilbert’s release, a group of her friends and academic colleagues have launched a petition this week, publicly advocating for a more forceful and public prosecution of her case.

“We were silent for almost two years, in an effort to a follow a strategy that we’d been told would protect her,” the group told the Guardian.

“But the evidence shows that this strategy has not worked. Kylie has now been charged, convicted, her appeal denied, reportedly beaten, drugged, repeatedly denied consular access or calls to her family over long periods of time, and now transferred to Qarchak, Iran’s most notorious prison for women that has a history of extrajudicial killings and torture.

“Our silence has failed to even guarantee her basic rights and humane treatment. That is the bare minimum that our government should have been able to achieve.”

Many in the group are fellow academics specialising in the Middle East and say they appreciate the complexities of their colleague’s case.

“We know that those working directly on her case in Dfat and our embassy in Tehran must have every resource available to them, most importantly political will to prioritise Kylie above our other economic, security, and political interests.

“By speaking up we hope to push the Australian government to live up to its rhetoric, demand an immediate improvement in Kylie’s circumstances, and bring her home safely, and soon.”