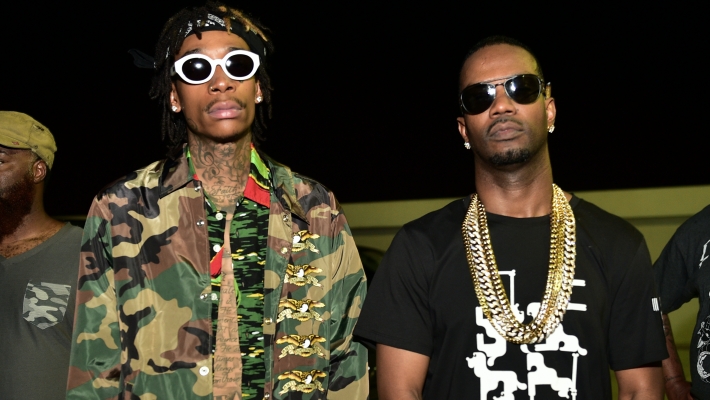 While his last album arrived in 2017 with Rubba Band Business, Juicy J has been a bit more active this year when compared to recent years. Closing out 2019 by teasing a possible Three 6 Mafia reunion, the Memphis native shared his first single of the year with “Hella F*ckin’ Trauma” while also lending his talents to Jucee Front, French Montana, and IDK for their own work. Getting back into action with his own music, Juicy J returns with a new single alongside a familiar name.

Rolling through with Wiz Khalifa, Juicy J shares his latest single “Gah Damn High.” The track, driven by a hard-hitting bass, finds Juicy J living his life to the highest ability and the paired visual is living proof of that. Sitting down for an “interview,” the video begins with Juicy J detailing his quarantine experience and how he’s made the best of it all while doing yoga and painting. As the song begins, the rest of the video finds Juicy J living in his own world at home, to the dissatisfaction of his wife and his accountant. Calling to a switch in production before lending the mic to Wiz Khalifa, the “Something New” rapper closes out the track, rapping from inside his house as the camera films him from outside.

Not known for spending too much time in the headlines, Juicy J made a return earlier this week after suggesting a Verzuz battle between himself and Nas in a post on Twitter.

Listen to “Gah Damn High” above.