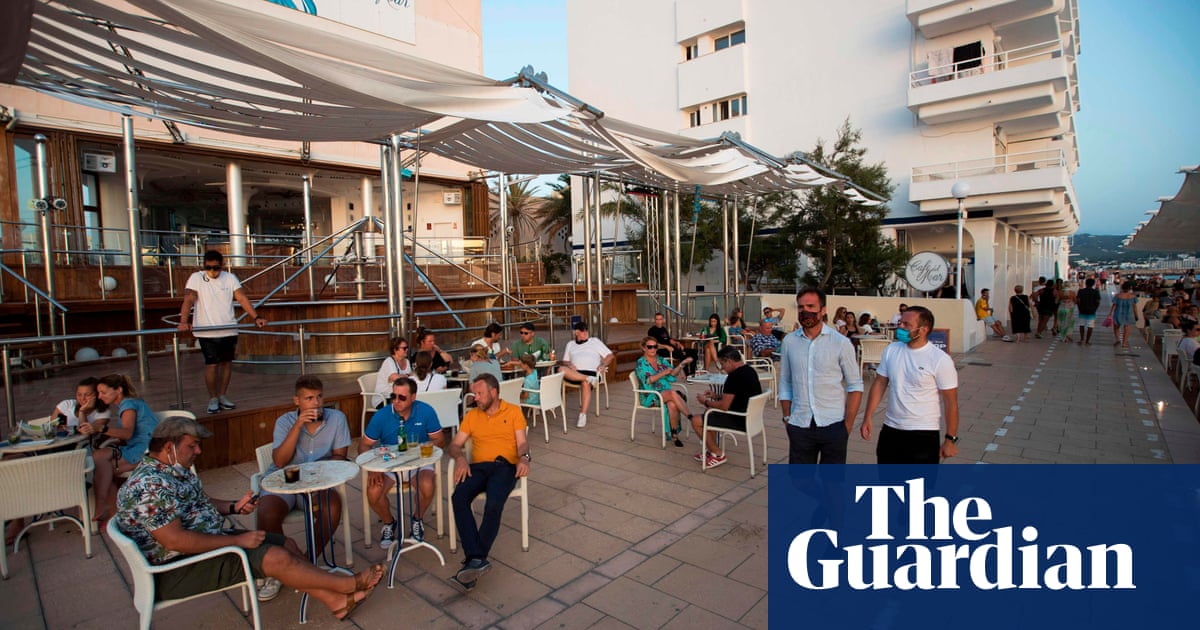 The advice from Spain’s health ministry this week was simple.

Using the hashtag #Don’tChuckitallAway, the ministry told people not to kiss or hug friends and family, not to share plates, to keep a careful eye on who’s been drinking from which glass, to slip the mask back on straight after eating and to keep washing hands frequently.

Behind the entreaties lies a blunt and unwelcome message that has since echoed across Europe: the small, quotidian pleasures of communal life – pleasures willingly and gainfully sacrificed during the springtime lockdowns – may soon have to be foregone once again.

Whether described as a second wave, a continuation of the first or merely a rash of local outbreaks, the number of people found to be infected with Covid-19 in recent days across the continent has climbed to the highest levels in months.

Coronavirus clusters have sprung up in Spain, Belgium, Germany, France and Luxembourg, among others. This has often left politicians split on how to respond at a time when their voters are crying out for a holiday and their economies are desperate for the return of tourists.

Last week, the deputy head of Spain’s centre for health emergencies noted the incidence of the virus had tripled in a little over a fortnight and that “it could already be a second wave”.

The country’s health minister, Salvador Illa, was more circumspect. While he admitted the situation in the north-eastern regions of Catalonia and Aragón was worrying, he said new outbreaks were being detected early, adding 70% of them involve fewer than 10 cases.

“That’s why, in my opinion, we can’t talk about a second wave of cases,” Illa said this week.

For all the definitional squabbling, which has been heard all around Europe as the infection rates ticked up, such assurances have not been sufficient for the British government – or indeed others.

A de facto UK ban on travel to Spain, announced on Saturday and widened on Monday to include the Canaries and the Balearics, will rob the Spanish tourist sector of many of the millions of Britons who make up a fifth of all visitors.

The UK government has followed up with a similar warnings against travel to Luxembourg from where travellers will be obliged to go into quarantine for 14 days.

German authorities added Catalonia and two other northern Spanish regions to a long list of risk areas on Friday. Belgium has been put on a list of unsafe countries by the governments in Estonia, Latvia, Lithuania and Norway.

The Netherlands, meanwhile, has warned its residents to avoid the Flemish city of Antwerp, just across the Belgian-Dutch border. “Don’t stop to rest or fill up with fuel,” the alarming official government advice warns.

It is divisive, dismaying for those looking for a break and likely to be the start of a further carving up of Europe between those deemed tolerably safe or not.

But for all that, it may be different this time, virologists and politicians believe. While in March when the shutters were forced down across Europe, there was insufficient knowledge about the virus or how it spreaded but governments and their scientific advisers are more clued up now.

By Thursday, there were 412 active outbreaks in Spain but it was clear many of them were linked to bars, nightclubs and seasonal fruit and vegetable pickers, whose often terrible living and working conditions makes physical distancing impossible.

Governments and local authorities have sought to hone in on the problem areas. The Catalan government, which has already ordered the shuttering of the region’s nightclubs for a fortnight, asked young people to behave responsibly and threatened fines of up to €15,000 (£13,504) for people who engage in botellones, or large street parties.

Its regional counterpart in Madrid has ordered the bars and clubs to close their doors at 1.30am and announced an “immunity card” scheme before executing a swift u-turn after a reality check from experts. According to the Carlos III Institute in Madrid, 40% of the new cases are in people under 40, and 55% of them are asymptomatic.

In Belgium, Antwerp’s doubling of infections in a week has also been partly put down to the city’s lively student nightlife. An 11.30pm to 6am curfew, the first in the city since the second world war, has been enforced.

Some confidence is also being taken from the fact that it is younger people who are now being infected. “That should result in fewer patients in intensive care and less fatalities, and it should ease the pressure on hospitals a bit,” said Steven Callens, an expert on infectious diseases at Ghent University Hospital in Belgium.

Virologist Marc Van Ranst, who sits on Belgium’s national security council said: “We now know the virus better, and we test better. The difference between the number of positive tests and the number of hospital admissions is now much larger.”

In Germany, the number of daily cases has fluctuated between 600 and 900 – a far cry from the 6,500 being seen every day in March but sufficient to cause some alarm.

But, again, the experience of the past few months could still count for a lot, said Jonas Schmidt-Chanasit, a virologist at the University of Hamburg.

“GPs know what they have to do in case of suspected cases, ICUs are well prepared, the lab capacities for testing are good, at around 1.2m a week”, he told Der Spiegel. What’s more, added Schmidt-Chanasit, the general public is better informed about the virus than it was at the start.

In France, the prime minister, Jean Castex, has said shutting the country down again after the stringent, two-month lockdown between March and May, would be “catastrophic”.

“The priority is still prevention,” Castex told Nice Matin. “Even if the number of [confirmed] cases has begun to rise, the positive tests remain in the low averages compared to those in neighbouring countries. And the number of hospital admissions remains under control”.

Officials said any new lockdowns would most likely be localised on where there are outbreaks. Or, as Castex put it: “We will adapt.”

Some young people feel they are being unfairly singled out by the authorities.

“I think blaming young people is the easiest option for the government when it comes to finding new scapegoats for the problems of controlling Covid-19,” said Martí Pont, a recent biology graduate from Barcelona. “But the truth is we’re all trying to deal with ‘the new normality’ that none of us is prepared for.”

Adarra Solas, a 21-year-old dancer also from Barcelona, agreed the post-lockdown scenes witnessed so far were nothing if not predictable.

“I think they’re putting the blame on us to dodge responsibility,” she said. “It was obvious that young people would go out, drink and have fun after the months we’ve been through. But when I look around, I see both young and older people walking about without masks, not wearing them on public transport, or not following the safety guidelines.”

“The summer’s come and we’ve all started to relax,” Solas added. But if the governments of Europe are warning of anything, it is the danger of that.