General Motors is working on an all-electric future, and that means charging stations are going to become increasingly important.

However, the company isn’t building their own charging network as they’re partnered with EVgo to add more than 2,700 new fast chargers over the next five years.

GM says the move will “help accelerate widespread electric vehicle adoption,” and noted the new fast chargers will be located in both cities and suburbs.

Also Read: Cadillac To Offer Five EVs Including A Model That “Builds On The DNA” Of The Escalade 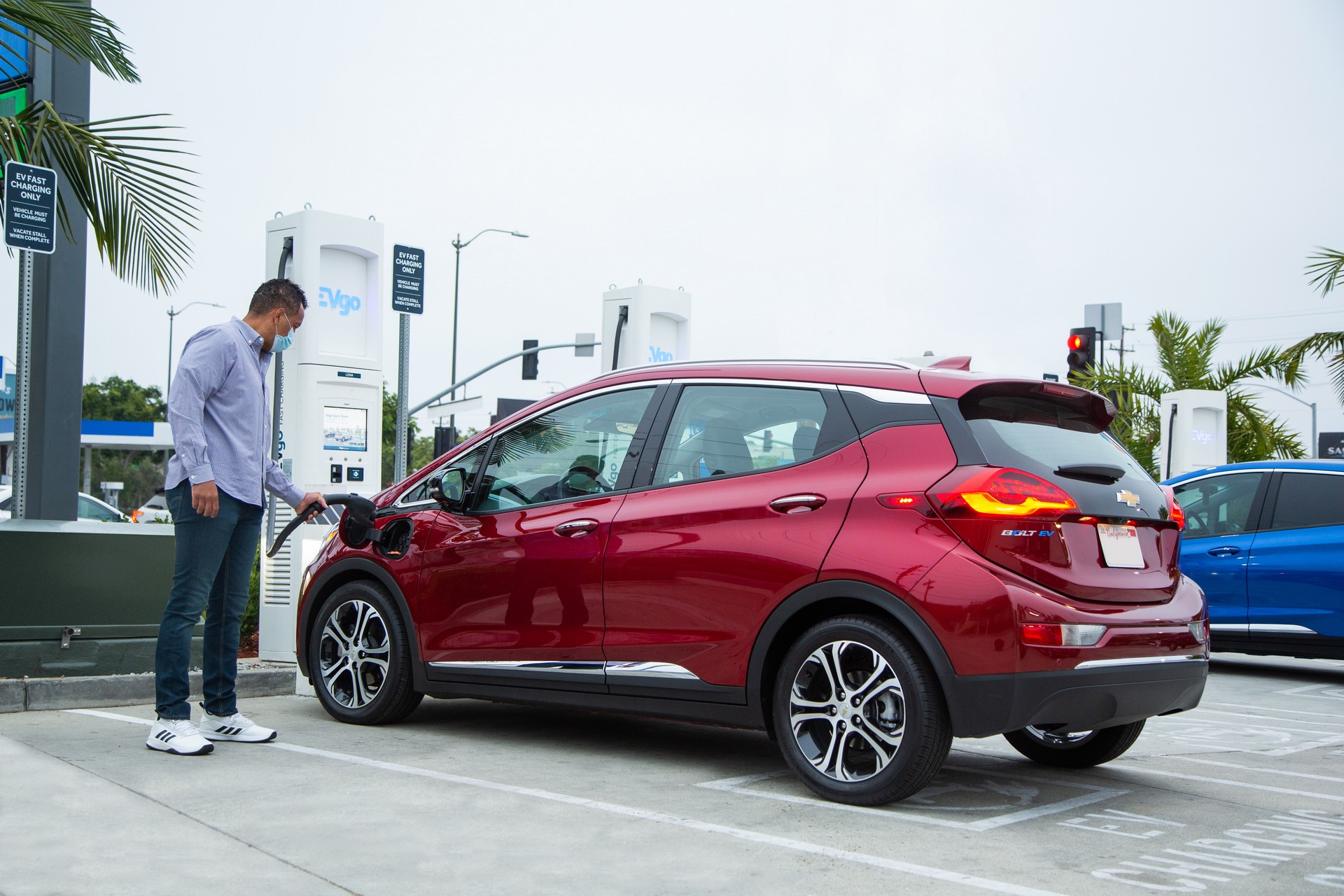 The companies weren’t ready to go into specifics, but noted the chargers will be installed in places where people regularly frequent. This includes grocery stores, retail outlets, entertainment centers and other high-traffic areas. As a result, people can give their electric vehicle a quick charge while they shop.

The first new station is scheduled to open early next year and a majority of the stations will be able to charge at least four EVs simultaneously. The stations will also feature some of the latest charging technology as GM said they’ll have capacities ranging from 100–350 kW. The higher number shouldn’t be too surprising as GM has previously confirmed their upcoming electric pickups will have a 350 kW fast charging capability.

The partnership will significantly expand EVgo’s charging network which currently consists of more than 800 station stations in the United States. The new fast chargers will also be powered exclusively by renewable energy.

In a statement, GM CEO Mary Barra said “We know how important the charging ecosystem is for drivers, one that includes access to convenient and reliable public fast charging. Our relationship with EVgo will bolster the public fast charging network available to EV customers ahead of increased market demand and reinforce our commitment to an all-electric, zero-emissions future.”