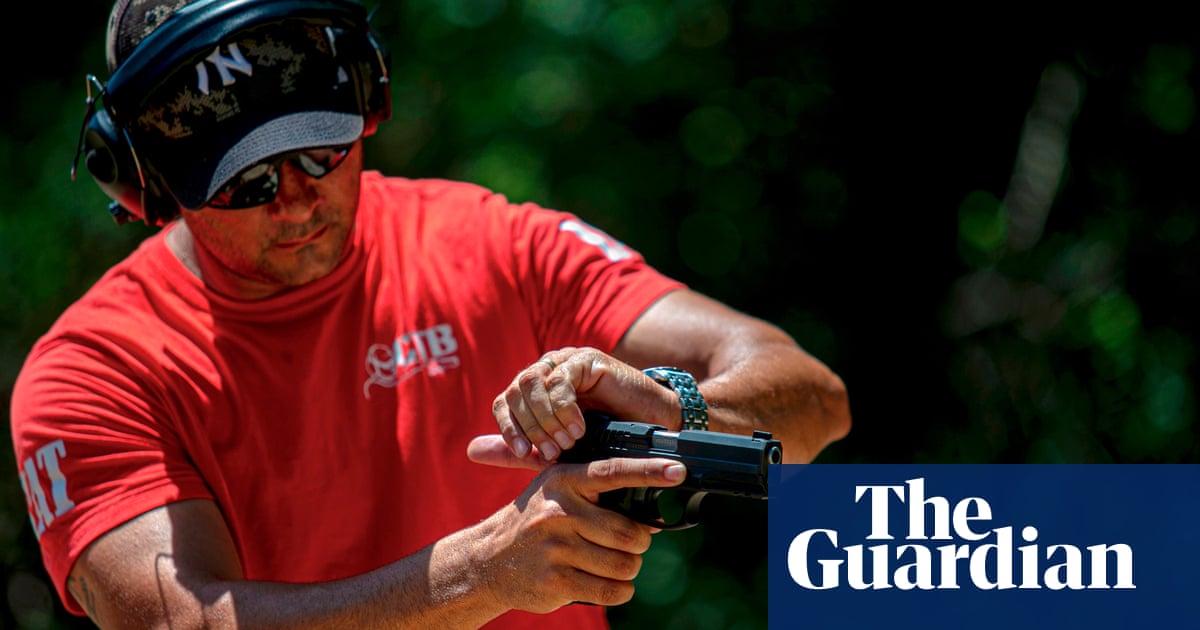 Firearms exports from Austria to Brazil have surged by more than 377% in the first half of this year as gun ownership increases under the South American country’s rightwing president, Jair Bolsonaro.

Official data from Brazil’s trade ministry seen by the Guardian shows the renowned Austrian weapons manufacturer Glock exported more than $14.8m of guns from Austria to Brazil in the first six months of 2020, compared with about $3.1m in the same period last year. Glock is Austria’s sole gun exporter.

The jump came as gun ownership soared following a series of presidential decrees that have made it easier for Brazilians to buy larger numbers of weapons, ammunition and increasingly powerful guns, including semi-automatic assault rifles.

Federal police figures obtained by the Guardian show that in the first quarter of this year about 60% of newly registered guns in its database were for civilian use.

Bolsonaro’s highly controversial relaxation of gun laws – a key pledge in his 2018 campaign – is fuelling fears among experts and campaigners that such moves will add to already shocking levels of violence. Last year there were more than 40,000 murders in Brazil.

“Bolsonaro’s moves to make it easier for Brazilians to own guns is a disaster because it floods an already violent society with its main tool for homicides,” said Ivan Marques, an independent arms control expert who chairs the Control Arms Coalition campaign.

One of the former army captain’s key campaign promises was to loosen gun controls and expand the right to bear arms for those he considers “upstanding citizens”.

Upon election, the far-right populist kept his word, with more than a dozen decrees that sought to make gun ownership easier.

One such order increased the number of weapons collectors and shooters could buy – including handguns, rifles and semi-automatic assault rifles – from 16 to 60 a person.

In May 2019, Bolsonaro signed an order that changed existing laws about access to firearms and relaxed regulations for gun imports, breaking the quasi-monopoly of the Brazilian manufacturer Taurus, one of the largest small-arms manufacturers in the world.

Foreign firms jumped at the chance to access Brazil’s lucrative arms market. Before last year’s decree, a request to import a foreign gun would be denied if a national manufacturer, such as Taurus, offered the same or a similar model. This limited market access for foreign competitors.

But the political tone has changed dramatically under Bolsonaro. Between his inauguration in January 2019 and April this year administration officials have reportedly met representatives of gun manufacturers more than 70 times.

‘We are afraid’: Brazilian women alarmed at relaxation of gun laws

During a cabinet meeting in late April, the president – who frequently makes a gun sign with his fingers when posing for pictures – made his intentions clear, telling ministers he wanted “everyone armed”, since “armed people will never be enslaved”.

Ricardo said it was clear Bolsonaro saw guns not only as a form of self-defence but also a way of allowing citizens to violently push for political goals.

“When you have more arms, a more plural market, with less control, weapons with more power, the risks become higher. Both for public security – and for democracy,” she warned.

With the relaxation of regulations, the demand for high-quality weapons from abroad, such as Glock pistols, has soared. Brazil’s trade ministry says that in the first half of this year 31% of gun and ammunition imports came from Austria, where they are produced in Glock’s headquarters, about 12 miles from the capital, Vienna.

The increased trade of Austrian handguns represents more than just a shift in market share between different producers. Not only are more guns imported to Brazil, but they have also become more accessible for civilians.

Gun ownership had already risen considerably after Bolsonaro took office in January 2019, but in 2020 it exploded. Federal police data shows that more than 48,000 new firearms were registered between January and April this year. In the same period in 2019, the total registration of new firearms came to about 13,500.

Austrian trade statistics confirm the tendency towards civilian purchases. A spokesperson for the Austrian ministry of digital and Eeconomic affairs – which monitors the country’s arms exports – said about half of the Glock pistols being exported to Brazil were bought by civilians, and half by public agencies such as the police.

Manuel Martínez Miralles, a researcher at the UN Institute for Disarmament Research, said he was worried many weapons could fall into the hands of criminals.

“These changes may have a negative impact on Brazilian security – and on the Latin American region in the long term,” he said.