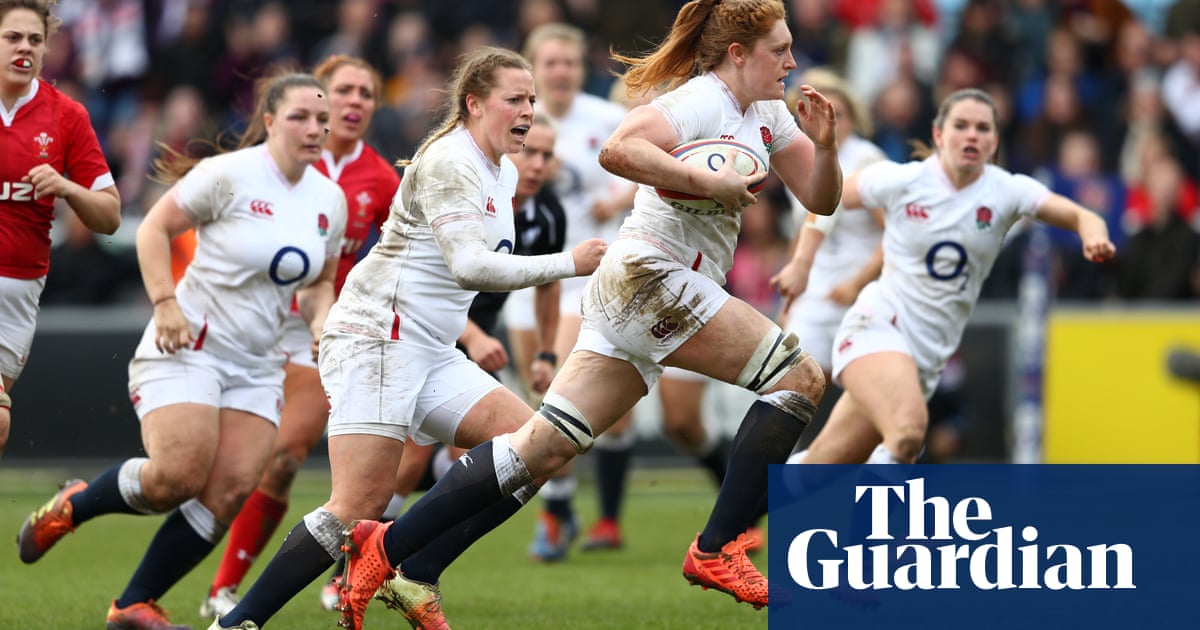 England’s women’s and sevens squads will bear the brunt of the Rugby Football Union’s cost-cutting along with grassroots development, according to a leaked document, as Twickenham prunes its 594-strong workforce by 30% following the coronavirus lockdown.

The document, seen by the Guardian, shows that the RFU, which has budgeted for losses of £107m, is shielding its revenue-making departments from the full impact of the cuts but the 234-strong workforce responsible for rugby development in the community will shrink from 234 to 130. The number of contracted players in the sevens and women’s games, meanwhile, will almost halve, dropping from 58 to 30 with the men’s and women’s sevens likely to be more heavily affected.

Eddie Jones’s England set-up, which accounts for some 90% of the RFU’s turnover, faces a staffing cut of 12% following a review conducted in July while the commercial department will be reduced to 58 from 74. Business operations, the chief executive’s officer and the communications department will lose 12 jobs out of 140. The number of the Union’s employees will fall to 425, a total that includes 11 positions currently vacant.

When the RFU’s chief executive, Bill Sweeney, announced the review at the beginning of July, he said he expected it would take up to five years to recover from the lockdown. “We are having to make difficult decisions on what we can continue to invest in as well as what is the right shape and size of our business for the future,” he said. “To ensure we have a sustainable union we have announced to colleagues that it is proposed the total number of roles in the organisation will reduce by 139.”

The eventual figure was 169, or 158 if the roles that are currently vacant and will not be filled are discounted. The scythe taken to rugby development will spark outrage in the community game when funding to the Championship is being cut and moves are being made to ring-fence the Premiership after the end of next season. At a time when rugby union is trying to convince parents and players that the physical nature of the sport and some of its parts, most notably scrums, do not make it unsafe to play as the research for a coronavirus vaccine continues, the concern is the long-term impact the cuts have on participation.

The contracts for the players in the sevens and women’s squad expire at the end of August and they have been told many will not have them renewed. Most have been on furlough and there are concerns that the 30 who will be offered new deals will see their pay cut by at least 25%. Next year Great Britain’s sevens team play in the Olympics and the women’s World Cup is staged in New Zealand in September and October.

The development department, which is designed to expand and nurture interest at the grassroots, suffered most from the cuts made by the RFU two years ago when a projected deficit in income of £60m-80m in the four years after the 2019 World Cup prompted it to shed 50 jobs. It had concluded a deal with Premiership Rugby over the management of elite players at a cost of £27.5m a year, a sum that now looks unaffordable and is subject to review having reached the halfway stage.

An RFU spokesperson said: “The process is ongoing and is due to reach a conclusion at the end of August. We won’t be providing details of individual roles or areas of the business impacted while the consultation is ongoing.”