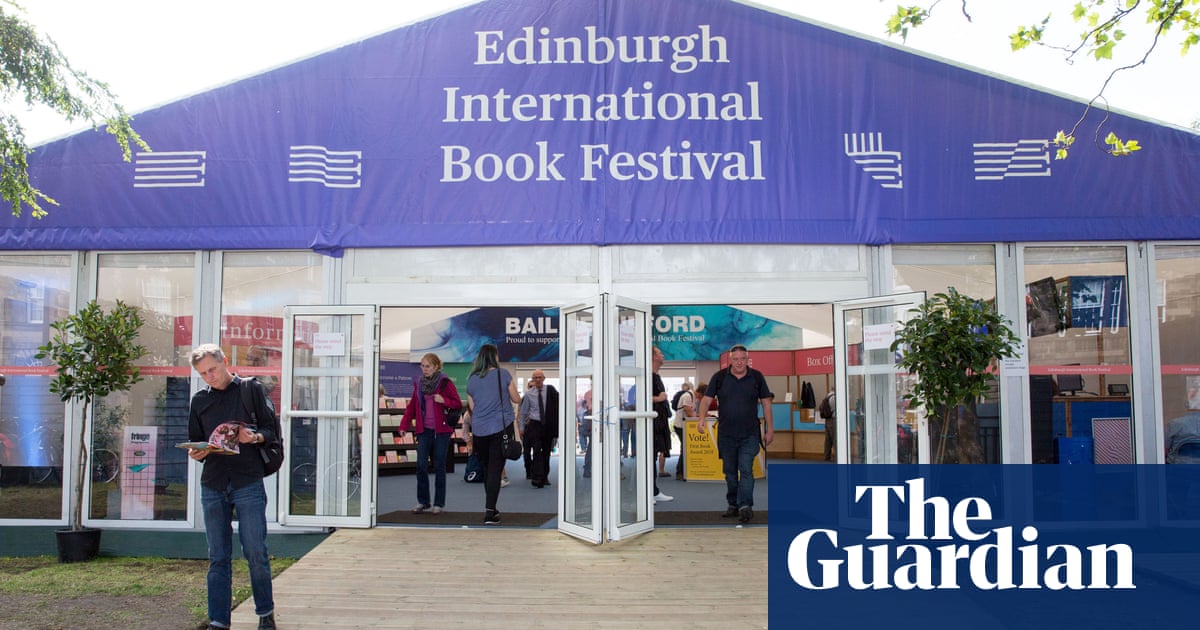 It is the bane of the book festival: a long, slow queue to get a book signed by a favourite author, perched in the corner of a warm and stuffy tent. But this year’s Edinburgh international book festival is offering something far more intimate: the chance of a one-to-one signing with a famous writer from the comfort of your armchair.

After the cancellation of all the city’s major summer festivals due to the coronavirus pandemic, the book festival has moved entirely online, hosting 140 book readings and, for the first time, online book signings.

It has arranged signings with 22 authors based in the UK, where fans who buy the first 50 of their books will be given access to short, private signing sessions lasting about a minute, with the possibility of recording the moment.

It was “an opportunity to have your online selfie with the author”, said Nick Barley, the festival’s director. “That will be a brief but fascinating interaction, we hope.” Fans will still have to queue, but in a virtual waiting room while they sit at home.

The authors involved include the crime novelists Ian Rankin and Val McDermid, the novelists Ali Smith and Maggie O’Farrell, the Guardian journalist Amelia Gentleman, the lawyer Philippe Sands and the historian Hallie Rubenhold.

Barley said this may become a permanent fixture for future festivals. He said hybrid festivals, combining smaller-scale book readings held in tents in central Edinburgh with events streamed online, were likely to become the norm as audiences adapted to a post-Covid-19 world.

The book festival is streaming readings online by 140 authors such as Hilary Mantel, Arundhati Roy, the 2019 Booker prize winner Bernardine Evaristo, and the former US ambassador to the UN Samantha Power.

“One of the reasons we’re investing quite heavily in making this possible is because we know next year the chances of getting 800 people sitting cheek by jowl in a small theatre space in central Edinburgh are almost nil,” he said. “So the future is hybrid; the future has got to be online-plus.”

Barley said festivals were already worried about their carbon footprints, and had known for a long time that cutting emissions was needed. “What this [crisis] does is it brings forward what was going to happen anyway; that we can bring in people from around the world without having to fly them to Edinburgh,” he said.

The readings include live events with Roy, the Indian novelist and environment campaigner, streamed via the festival’s website from Delhi, and; the democracy activist Joshua Wong in Hong Kong; and the Zimbabwean author Tsitsi Dangarembga.

Barley said writers such as those who might struggle to get visas to enter the UK or face difficulties travelling were now able to participate online. “[Wong] would never have been able to come to Edinburgh, so the fact he’s joining us online is an amazing thing.”

Last year’s festival involved a tented city in Charlotte Square gardens in the Georgian New Town, which along with a handful of satellite venues hosted 950 events involving nearly 900 authors.

There were 250,000 visitors to Charlotte Square last year. Barley said the best comparative example for the numbers they could expect online was the 500,000 people who watched livestreamed events from the Hay book festival in May.

“We do have to prepare for an almost infinite number of people watching, so we have been pretty careful to ensure the bandwidth is sufficient to cope with that. This is an experiment for us, so anything is possible,” he said.

“Maybe it will produce unexpected excitements and things we don’t know we would love, but we know we will be missing what we really believe in, which is the live theatre event.”