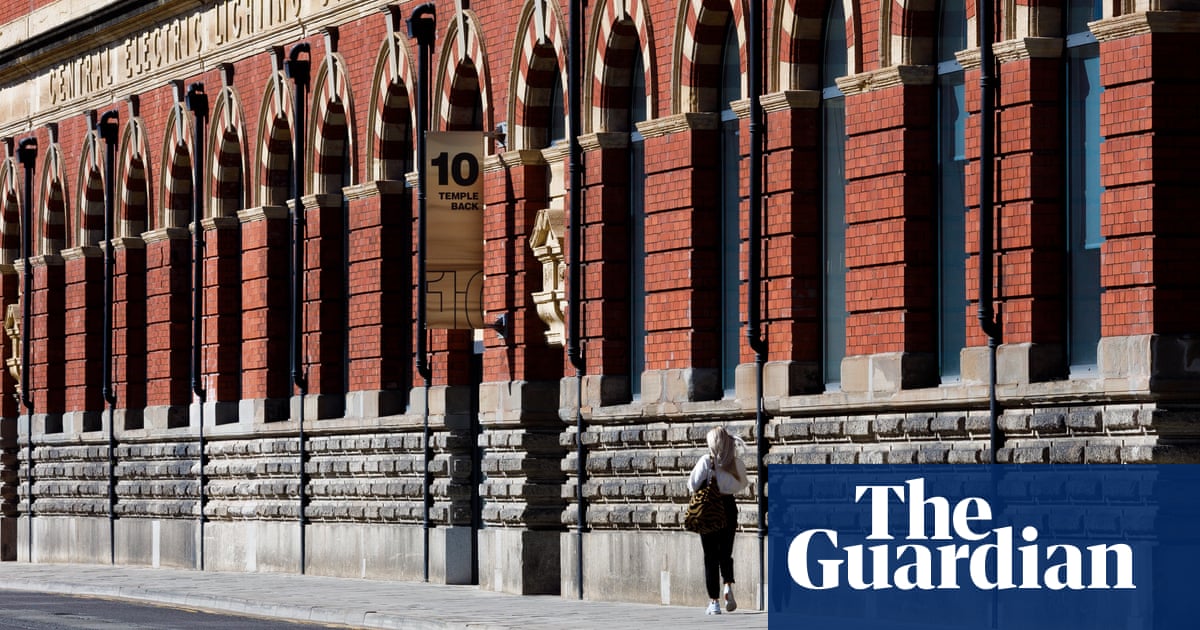 A slew of England’s biggest businesses are set to defy the government’s push to get workers back into offices in August, a Guardian analysis shows, with many big businesses sticking to home working arrangements or delaying a partial return until September at the earliest.

Law firms, insurers, energy providers and tech firms are among those reacting cautiously to the change in government advice, which means from Saturday employers can decide whether staff can safely come back to offices. Some companies, such as Google and NatWest Group, are allowing workers to stay at home until 2021 amid signs of a permanent shift in working culture.

However, businesses that are trying to maintain or grow an office-based workforce are taking remarkable steps to keep staff safe. Banks are offering staff home coronavirus testing kits, conducting temperature checks in offices and in one case even stationing a nurse on reception as part of efforts to reassure workers it is safe to return to their desks.

JP Morgan has placed a nurse in the foyer of its Canary Wharf office in London, where 1,800 staff are monitored by thermal cameras as they enter the building. The US bank, which already employs a private GP on the site, is also supplying private Covid-19 home testing kits to any of its 18,500 UK staff that might be exhibiting Covid-19 symptoms.

But many major British employers contacted by the Guardian are not planning a wholesale return to offices from 1 August, when government advice on working from home changes in England. Boris Johnson said this month that from Saturday employers can decide whether staff can safely come back to offices.

In Wales, the law requiring people to work from home will cease to take effect from today, but the Scottish government continues to advise that employees work from home where possible, and this is also the recommendation in northern Ireland. The previous advice in England to avoid public transport, a crucial component in bringing large numbers of workers back to cities around the country, is also being scrapped.

Two major employers dealt a blow to the government’s hopes of an office return on Thursday, with travel company Tui announcing that it was shutting high street stores and moving 630 of the workers affected into a home-working unit. Lloyds Banking group also announced on Thursday that it was reviewing the amount of office space it uses as it admitted that working from home had made it “less reliant on office space”.

September is emerging as a more likely date for a phased return for businesses. PwC, the accounting and consultancy business, aims to have more than 50% of its workforce back in its offices by the end of September, while rival EY will welcome back some staff from 7 September.

Lloyds Banking Group, HSBC and Barclays are among the financial institutions with substantial workforces that are expecting thousands of staff to stay at home until at least September. Energy firms SSE and National Grid will review their working arrangements in September.

Remote working was hastily introduced by British companies in March, but has generally been viewed as a success, thanks to the availability of high-speed internet and video services such as Zoom. As a result, few of the firms which in pre-pandemic times had thousands of workers in their offices are rushing to bring people back under one roof, despite the installation of hand-sanitiser stations, one-way systems and limits to the number of people who can travel in a lift.

However, the banking sector in particular has been looking at ways to ensure that staff can return to the office safely. Goldman Sachs checks the temperature each day of its 1,000 London staff who have returned out of a total in the capital of 6,000, and is considering offering its employees regular Covid-19 tests.

Lloyds Banking Group has also been piloting thermal cameras in a small number of offices and bank branches, to try to identify colleagues who may be suffering from Covid-19.

Yet even the banks already returning to their headquarters aren’t expecting to welcome back more than 50% of workers this year, according to Catherine McGuinness, policy chair at the City of London Corporation, because of the need for physical distancing.

More than half a million people usually work in the Square Mile financial district, the vast majority of whom commute in on public transport.

The Institute of Directors isn’t expecting a “mad rush back to the office come August”, said its chief economist, Tej Parikh, due to concerns around public transport and need for childcare.

“The onus is on directors to secure the wellbeing of their staff, and they must make judgments on any return to the office based on their firm’s particular circumstances. Adjusting workspaces can take time, and isn’t without costs,” Parikh said.

Britain’s largest office occupiers are also reluctant to bring many staff back during the school summer holidays, when many take time off.

September, when schools are expected to open again, is being viewed by many firms as a natural restart, once parents are no longer solely responsible for childcare.

Yet alongside Google and NatWest, other firms are much more reticent and are already scheduling their return for 2021. Facebook has not laid out its plans for reopening its three London offices to its 3,000 staff, while other multinationals including Vodafone and publishing firm Pearson are expected to keep employees at home until next year.