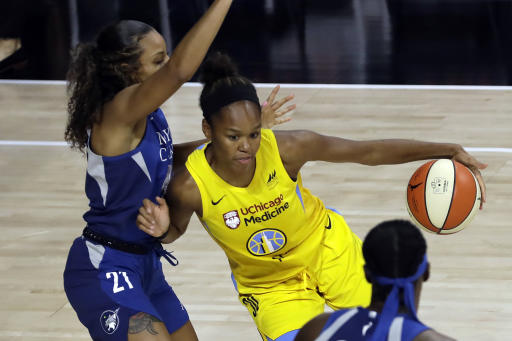 BRADENTON, Fla. (AP) — Napheesa Collier scored 10 of her 20 points in the fourth quarter and finished with 10 rebounds and the Minnesota Lynx held on to beat the Chicago Sky 83-81 on Thursday night.

Crystal Dangerfield made two free throws to give the Lynx a 12-point lead with 3:26 to play, but Parker hit a 3-pointer eight seconds later to spark a 10-3 run that trimmed Chicago’s deficit to 79-74 when Stevens made a 3 with 1:41 to go.

Collier answered with a layup, but Courtney Vandersloot made a layup and then Diamond DeShields had a steal and a layup to make it a three-point game with 53.6 seconds left.