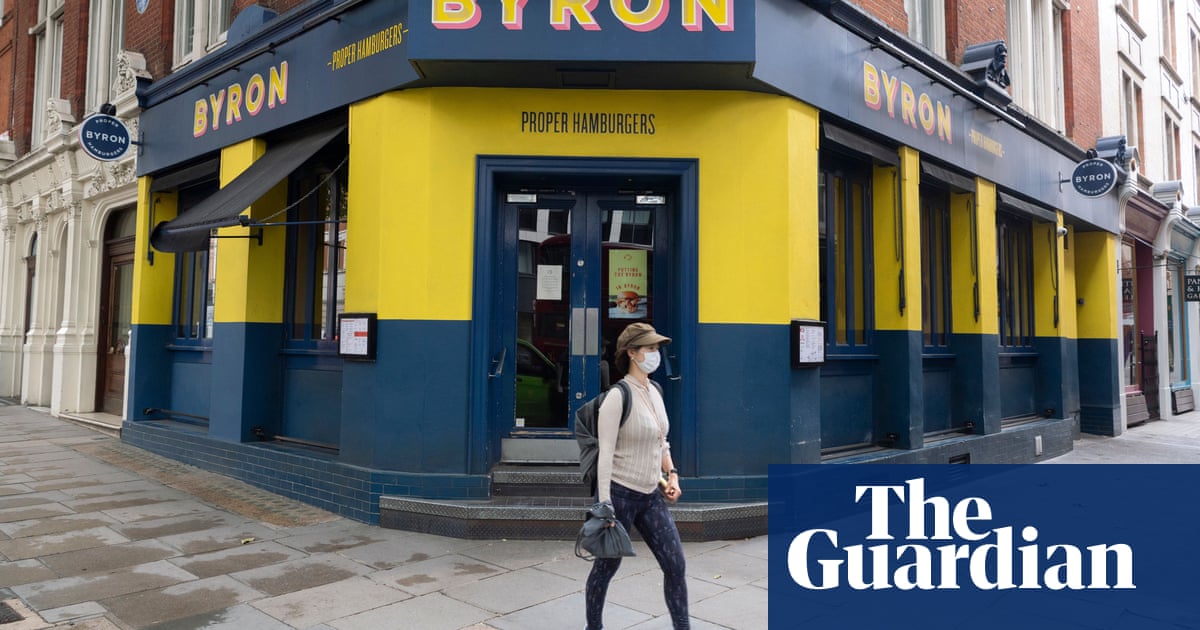 The burger chain Byron is to make more than half its workforce redundant following a rescue deal that involves the closure of 31 of its 51 restaurants.

In what is another blow to the UK’s struggling high streets only 20 of Bryon’s restaurants are being transferred to the new owner Calveton, a private equity firm, meaning 651 of the chain’s 1,202 employees will lose their jobs.

Earlier this summer, Byron warned it was going bust and that any buyer was unlikely to want to take on all its sites. On Friday, the company went into administration with the brand and certain assets sold immediately to a new company owned by Calveton, a process known as a pre-pack administration.

“In common with so many other companies across the leisure and casual dining industries, the impact of the Covid-19 pandemic on Byron has been profound,” said Will Wright, one of the administrators. “After exploring a number of options to safeguard the future of the business … this transaction ensures Byron will continue to have a presence on our high streets.”

Calveton said Byron was a “pioneering brand much loved by customers” and had a future. Calveton’s Sandeep Vyas, who will chair the business, said: “We are backing Byron because we believe it has great opportunity ahead of it and it is well placed to adapt to the new consumer environment and dining trends.”

The closures come amid a shakeout in the casual dining sector that has already triggered thousands of job losses and hundreds of restaurant closures. Before the pandemic restaurants had been suffering from heavy competition, rising costs and slowing interest from diners, but having to close for several months has tested their finances to the limit and beyond.

A wave of restaurant closures were announced in July. Most recently the owner of the Ask Italian and Zizzi pizza chains said it was closing 75 restaurants, while Pizza Express is planning to shut a similar number as part of its rescue plan. Casual Dining Group, the owner of Bella Italia, Café Rouge and Las Iguanas, has also shut 91 outlets.

Bryon, founded by Tom Byng in 2007, has a chequered financial history. Two years ago it used a restructuring process known as a company voluntary arrangement (CVA) to reduce its rent bill and close 20 sites but that turnaround plan was not enough to revive its fortunes.

In another sign of the financial struggles faced by restaurant operators, on Friday the sushi chain Itsu announced plans to use a CVA to close two sites and cut rents on 53 of its 77 outlets.

Itsu said the combination of “zero trade and ongoing social distancing” was expected to put a dent in its finances both this year and into 2021.

The group, run by Pret a Manger co-founder Julian Metcalfe, said it would try and protect as many jobs as possible and did not anticipate large-scale redundancies among its workforce of 1,115 people.