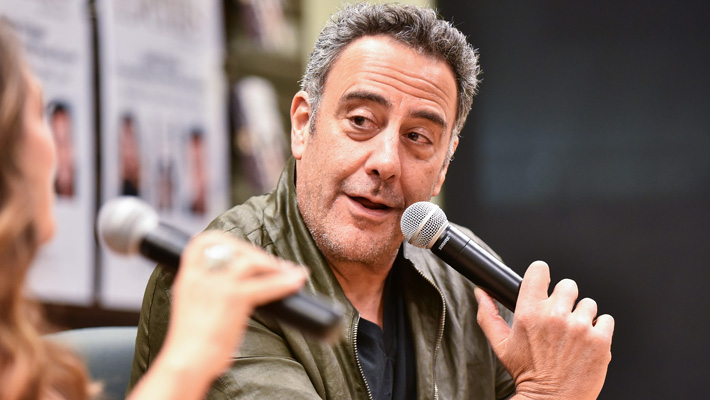 Following allegations of a toxic workplace environment at The Ellen DeGeneres Show, WarnerMedia launched an internal investigation into accusations that managers and producers had created an environment rife with intimidation, mistreatment, and racism. On Thursday, DeGeneres issued an apology to her staff, to whom she accepted blame for losing touch on what was happening behind the scenes, especially regarding the allegations made against some producers.

However, one person isn’t buying DeGeneres’ apology. In a blunt statement on Twitter, Everybody Loves Raymond star Brad Garrett didn’t mince words on who he believes is to blame for the toxic environment.

“Sorry but it comes from the top ⁦@TheEllenShow,” Garrett wrote. “Know more than one who were treated horribly by her.⁩ Common knowledge.”

Sorry but it comes from the top ⁦@TheEllenShow Know more than one who were treated horribly by her.⁩ Common knowledge. DeGeneres Sends Emotional Apology to Staff – Variety https://t.co/D0uxOgyyre

Garrett’s tweet also arrived on the heels of another damning report for the beleaguered talk show. Also on Thursday, BuzzFeed News published an expose on “rampant sexual misconduct,” citing dozens of former Ellen employees. While the accusations include a new list of writers and producers mistreating employees, the report also includes producer Ed Glavin, who was reportedly fired in the lead-up to DeGeneres apology:

In all, 47 former employees who spoke to BuzzFeed News said Glavin led with intimidation and fear on a daily basis. One former employee said when they turned in their notice, Glavin flipped over a table and chair while screaming.

As the reports of toxicity behind the scenes at Ellen began to mount, Glavin’s name has been consistently named in accusations. However, and despite her apology, DeGeneres’ time under the microscope doesn’t appear to be ending anytime soon.