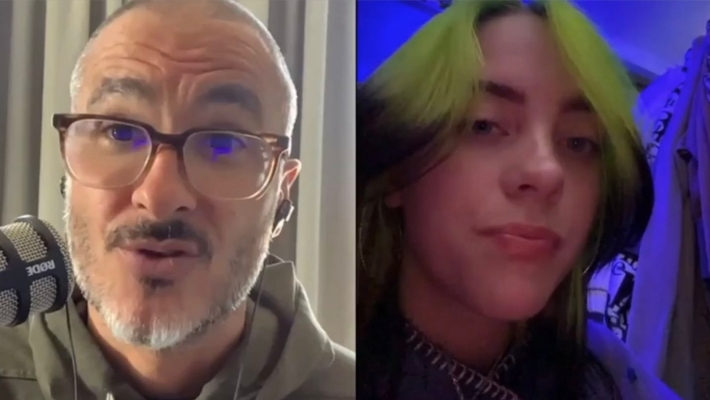 On Thursday evening, Billie Eilish shared her second track of the year with “My Future.” The song, which was first announced late last week, is a continuation of the amazing year she’s had, including sweeping the Grammys with her album When We All Fall Asleep, Where Do We Go? Eilish took a moment to sit down with Apple Music’s Zane Lowe, revealing the recording process behind her new single and explaining how it differed from her previous releases.

“This was such a satisfying process. It was so, so satisfying. We wrote the song in like two days,” Eilish said in the interview. Calling the process “crazy fast,” she gave a day-by-day account of how she and her brother/go-to producer Finneas brought the record to life.

This is the most we’ve ever worked in one period of time. But we record, we wrote it like a month into quarantine probably. And it was pouring rain… Oh, it was such a perfect setting. And then we recorded the vocal in Finneas’ studio, which is just in his basement in his house…. For me, I’m sure you know, I take f*cking forever to get a vocal take that I like, and I do like a billion takes. And this one… I just, I don’t know, there was something about this one take that I did, and I was like, ‘This is the only way that it can be.’

Eilish grew comfortable with the track’s sound after just one day. She also explained how the track was completed the following day.

We had the song recorded, but we didn’t have, we didn’t know what to do with it. And we popped in the pool. We got out of the pool, and I was literally going to go home. And I was like, ‘Let’s just f*ck around with it a little more.’ And we finished the song that night, like finished completely. It was crazy.”

Eilish’s interview with Zane Lowe on Apple Music can be viewed here.