The corridors once walked by the likes of Jane Austen and the Brontë sisters have been silent for the past four months, as the museums at the homes of some of the UK’s greatest authors have been closed. But after weathering the threat of permanent closure posed by the coronavirus pandemic, many of the UK’s places of literary pilgrimage are tentatively preparing to reopen.

They have witnessed an outpouring of support from the public, with emergency appeals raising tens of thousands of pounds, alongside vital support from the National Lottery and Arts Council England (ACE).

At 48 Doughty Street in London, director Cindy Sughrue has been pacing the empty rooms of the family home where Charles Dickens wrote Oliver Twist. After a closure of four months, the Dickens Museum reopened on 25 July for three days a week.

“It felt a long time for a historic house,” said Sughrue, “particularly a house that is based around a personality, that had been a family home. The thing that brings this place to life is having people in it.”

A National Lottery grant has kept things afloat, along with a JustGiving appeal that has raised more than £40,000. Like other museums, Sughrue is studying the details of the newly announced Culture Recovery Fund from the government. “We’re not out of danger yet,” she said. 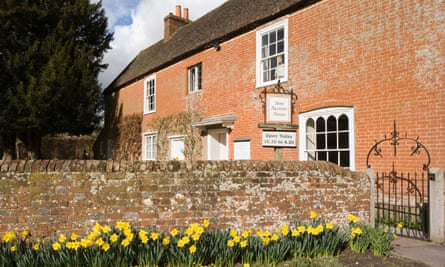 Shakespeare’s birthplace in Stratford-on-Avon will reopen on 1 August, while at Jane Austen’s House in Chawton, Hampshire, director Lizzie Dunford reopens on 8 August. The cottage where Austen revised, wrote and had published all six of her novels will be offering a far more intimate experience to visitors than before: numbers will be significantly limited, with visitors given time slots.

“We’re only issuing 12 tickets an hour so people are really able to explore the house and experience it in quite an intimate way,” said Dunfored. “We know it’s going to be a strange experience, it’ll be different, there’ll be hand sanitiser everywhere and strict social distancing, but we want to make it feel like people are entering a home”

When the pandemic struck, the museum warned its future was at stake and launched an appeal. That fundraiser has now made over £95,000, way past its £75,000 target, and the museum has also received emergency funding from the National Lottery.

“We were extraordinarily lucky to have this fantastic appeal and support,” said Dunford. “It gave us that real sense of hope when there was no money coming in and we didn’t know if we would be able to reopen. To have the comments of people saying ‘this matters’, that was so important for staff and custodians of this incredibly special place when it really looked so dark.”

At the Brontë Parsonage Museum in Haworth, staff are hoping to reopen at the end of August, with a timed entry scheme for visitors. They have in addition been running The Brontë Lounge, a strand of live talks on Zoom with authors including Tracy Chevalier in the meantime. Emergency support from ACE has also helped, and means the museum can survive until September, but a public appeal for funds has so far raised just £5,000 of the £100,000.

“Our strength is that we have a really beautiful domestic setting, but that is also a weakness when it comes to social distancing and footfall,” said the museum’s Rebecca Yorke. “Visitors will have a really special experience because they’ll have space and time to themselves, but going forward we’ll have to see how viable that can be.”

“There is so much love for the museum and the Brontës, it is unthinkable that in 12 months’ time we might not be here. It’s really hard to say that out loud but it’s the uncertainty, it is not knowing how long measures will be in place, how quickly footfall will resume.”

According to the director of Wordsworth Grasmere, Michael McGregor, the pandemic hit at the worst time, with the museum at Dove Cottage gearing up for a grand reopening in April to mark the 250th anniversary of the poet’s birth. “We were desperate to get open and start generating income,” McGregor said.

After ACE support, the cottage is set to reopen on 15 August, with safety measures in place including a one-way flow for visitors. “A lot of it is getting the message out not just that you’re open, but that you’re safe to visit,” McGregor added.

And after a redesign, staff are desperate to show the cottage off. “You cross the threshold and feel like you’re actually intruding on somebody else’s house – almost as if William and Dorothy had just walked out the door,” he said. “What we’ve tried to do is move away from that sense of the cottage as a museum of Wordsworth, to convey that sense of a lived-in house, and how in this bustling, noisy, quite messy house, with three children running around, somehow great poetry was written.”