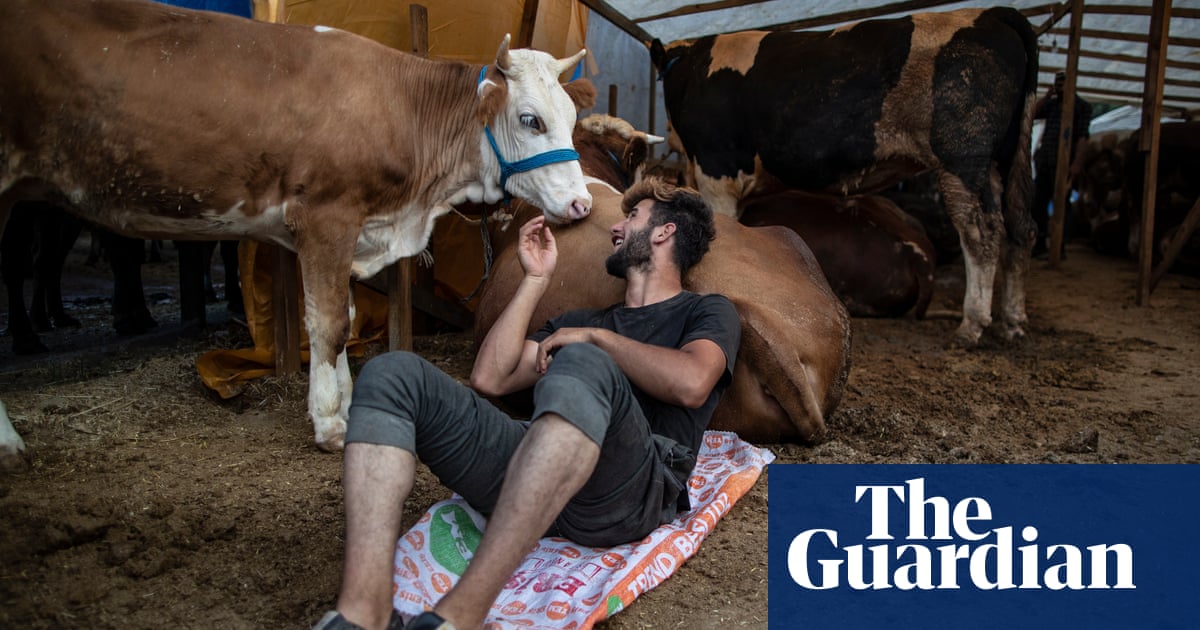 As Turkey gears up for Eid al-Adha, or Qurban Bayram, the Muslim festival of sacrifice, animal rights campaigners are celebrating progress in their efforts to convince religious leaders, butchers and slaughterhouses of the merits of stunning animals before ritual slaughter.

Livestock warehouses across the country were busy on Thursday before the festival began at sunset, with families inspecting sheep and cows to slaughter in honour of Ibrahim’s willingness to sacrifice his son Ismael.

Qurban Bayram is the busiest time of year for Turkish farmers and butchers. While some families in rural areas will still raise livestock on their own land and ritually slaughter the animals themselves, hygiene rules mean that most of the slaughter is now carried out on specific sites by butchers trained by the local municipality.

For Asalet Sancakdaroğlu, the Turkish representative of animal welfare organisation Eyes on Animals, the focus is on preventing animal suffering. To be certified as halal, an animal must be alive and healthy, its throat must be cut in one swipe by a Muslim using a sharp knife and blood must be drained from the carcass. Stunning the animal first does not contravene Islamic law – and Sancakdaroğlu is on a mission to educate slaughterhouses, religious leaders and consumers of that fact.

“Most of my work is about spreading the word because there are so many misconceptions about halal slaughter. People are afraid that it is somehow not acceptable to God if the animal is unconscious, or that the blood won’t drain properly,” he said.

“When we hold training workshops those reservations drop away. Several religious leaders have taken what I said seriously and told their followers about stunning animals first: last year Ismailağa Cemaati [a large conservative sect] publicly announced that stunning animals is halal. The ministry of agriculture is also looking at a law that animals should be killed without pain.”

Earlier this month, after Turkey’s coronavirus restrictions were lifted, Sancakdaroğlu visited a slaughterhouse in the north-east of the country, gifting the manager a captive bolt pistol to stun animals before slaughter. The slaughterhouse has agreed to now stun animals who arrive already injured at the plant before they are unloaded, and cattle will be stunned for customers who request it.

Sancakdaroğlu has visited 300 of Turkey’s 900 slaughterhouses. So far only three have agreed to switch to stunning from the classical method, but he says this is largely due to poor availability of stunning equipment and the expense of importing it: industrial systems can cost upwards of €10,000 (£9,030). The gunpowder-triggered pistols also often get mired in customs paperwork because they are classified as weapons.

“Some companies have told me off the record that they are already stunning animals, just not telling their customers,” Sancakdaroğlu said. “It’s quicker, safer, cleaner and therefore they make more money. It’s just that the public perception is still that it’s not halal.”

There is also room for improvement when it comes to transfer and transport of live animals in Turkey, said Lesley Moffat, Eyes on Animals’ director.

Turkey’s demand for livestock is growing each year, with domestic animal production increasing by 3m in 2019, up 4.7% on 2018. In just one year, Turkey went from importing $600m (£457m) worth of animals in 2016 to $1.2bn in 2017, the vast majority of which come from the EU, according to TurkStat, the Turkish statistics authority. Sometimes animals are left unattended in hot and cramped containers for days on the Bulgaria-Turkey border.

“Turkey has a long way to go but is not better or worse than other countries when it comes to inhumane treatment of livestock,” she said. “Our work there so far shows that more and more people are becoming interested in animal welfare, and that change is possible.”