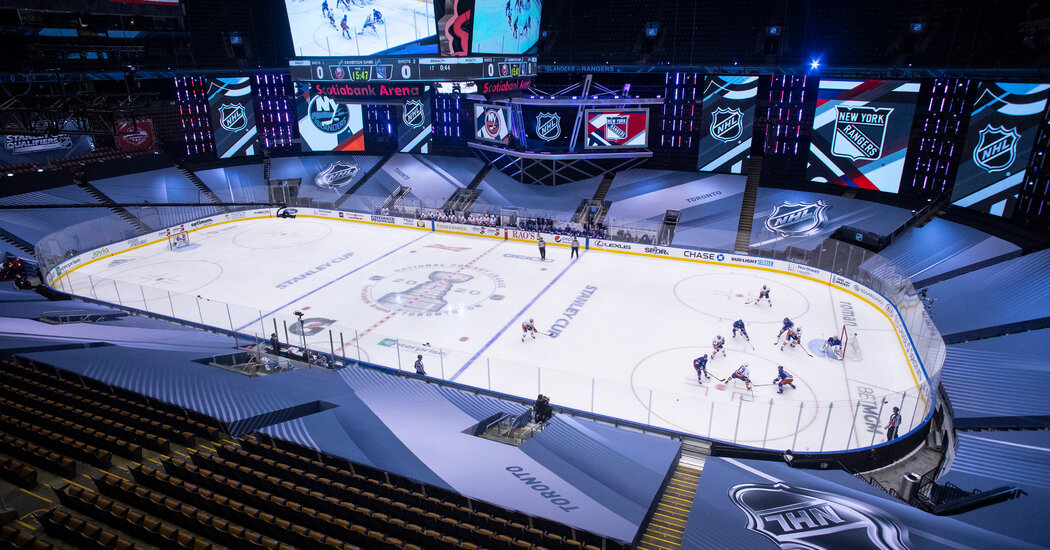 Though the return of baseball and basketball might make it feel like professional sports are back, there are still plenty of other leagues and events that have remained idle since pausing because of the coronavirus pandemic.

But in 31 days, if the virus allows, the sports world will be running near full steam. Here’s a look at the games that will restart in August.

The puck drops on the playoffs on Saturday with five games in Toronto and Edmonton, starting with the Rangers against the Carolina Hurricanes. The Rangers are one of the teams to benefit from the expansion of the playoffs to 24 teams from 16; when the regular season was halted they were still fighting for a wild-card spot in the postseason.

The four top teams in each conference, like the Boston Bruins, who had the best regular-season record, and the defending champion St. Louis Blues, won’t be idle. Starting Sunday, those teams will play in round-robin tournaments to determine their seeding for when they join the playoffs in the next round.

The world tennis tour for men and women will resume on Aug. 22 with the Cincinnati event, which will incongruously be held at the U.S.T.A. Billie Jean King National Tennis Center in New York, home of the United States Open, which will immediately follow it. It remains to be seen how many top players, particularly from Europe, decide to attend either event, or both.

We’ve had the Charles Schwab Challenge, the Rocket Mortgage Classic and the 3M Open, among other PGA Tour stops, but the really big events start on Thursday with the P.G.A. Championship in San Francisco, the first major tournament in more than a year.

The women are set to have their first major, the British Open, to be held for the first time at Royal Troon, starting on Aug. 20.

The Champions League is back on Friday and Saturday with the unusual situation of four second-leg matches being played six months after their first legs were played.

Once those matchups are belatedly completed, the eight surviving teams will journey to Lisbon for a rapid-fire single-elimination tournament Aug. 12 to 23.

And before the 2019-2020 Champions League even finishes, the 2020-21 event will begin, with some preliminary games in Switzerland next Saturday.

The Europa League will finish its own truncated round of 16 on Wednesday and Thursday, then also move to a single-elimination finish, in Germany, Aug. 10 to 21.

The women’s Champions League will follow a similar format, with Lyon going for its fifth straight title, in Spain, Aug. 21 to 30.

The Diamond League, track’s most elite series, ordinarily includes about 14 meets. But it currently plans to hold just five official events this year, plus some exhibitions. Meet No. 1 is in Monaco on Aug. 14. Meets in London, Paris, and Eugene, Ore., are among those that were canceled.

Cycling is planning a crowded summer and fall calendar, squeezing in as many races as possible, with many events overlapping. The season resumes Saturday with the Strade Bianche one-day race in Italy. The Tour de France begins Aug. 29.

International cricket is underway, and the domestic game starts up again Saturday with a truncated County Championship. The Premiership of rugby union resumes its season Aug. 14, while the Pro 14, which includes teams from Scotland, Wales, Ireland, Italy and South Africa, restarts Aug. 21.