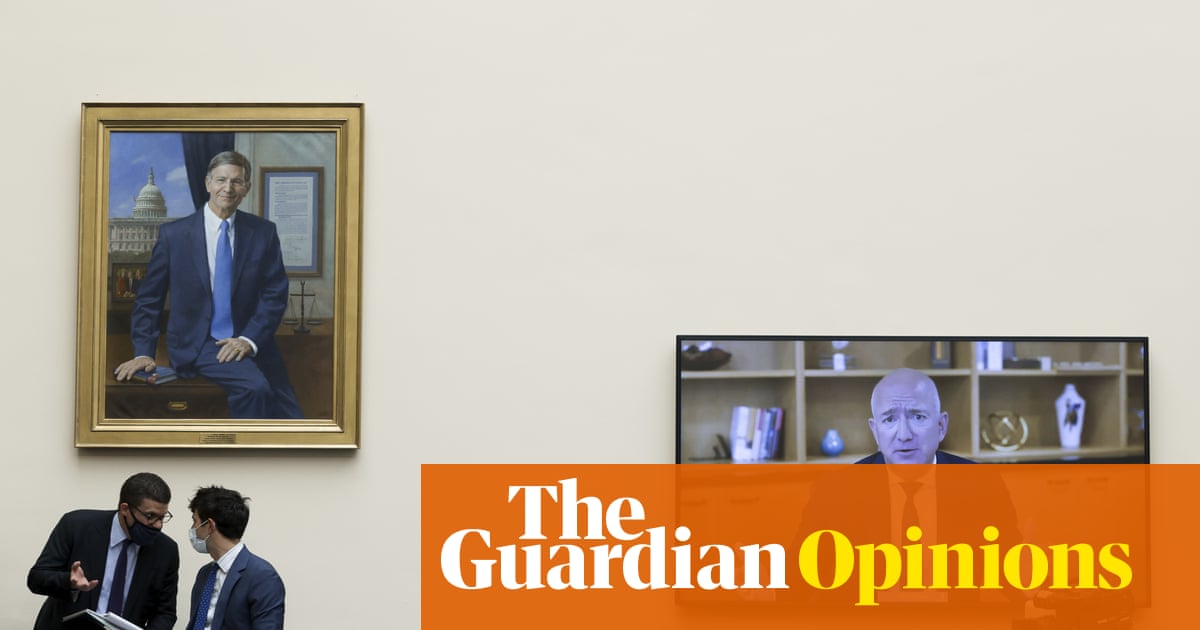 On Wednesday’s the world’s most powerful tech CEOs – Mark Zuckerberg of Facebook, Jeff Bezos of Amazon, Tim Cook of Apple and Sundar Pichai of Google – were summoned to Washington. There, they were called to testify at the US House of Representatives’ antitrust subcommittee. It was a historic hearing that marks a significant milestone in the battle to rein in Silicon Valley.

The overarching purpose of the hearings was to determine whether the companies had too much market power. Unlike their counterparts at past congressional hearings with tech executives, the subcommittee members arrived well prepared. They presented evidence. Some of the evidence revealed apparent violations of antitrust law, as with internal emails among executives at Facebook and Amazon related to each company’s acquisition of startups.

The format of congressional hearings does not lend itself to thoughtful inquiry. The five-minute rule for inquiry prevents a smooth flow, aggravated in this case by the inclusion of four companies, each with different issues. Even so, the hearing shed light on the subcommittee’s investigation. They appear to have enough evidence to justify formal antitrust cases against some of the companies. The subcommittee members’ questions suggest they may be prepared to push for other forms of regulation. Neither of these things was known before the hearing.

American antitrust laws emerged as a response to concentrated economic power throughout the industrial economy more than a century ago. The Sherman (1890), Clayton (1914) and Federal Trade Commission (1914) Acts reflected a belief that monopoly is antidemocratic and should be eliminated even when it creates value in other ways. That framework endured until the Reagan administration, which encouraged concentration of economic power so long as it did not lead to higher consumer prices. The new model, known as the Chicago School, unleashed economic growth and a sustained bull market in stocks, with benefits that were initially widespread, but narrowed to an ever smaller percentage of the population. For the past 20 years, the top 10% enjoyed most of the benefits, especially the top 1%. The country tolerated income inequality while the economy expanded.

Anticompetitive behavior has been the norm in American business for at least a decade. A laser focus on maximizing shareholder value – something which came in with the Chicago School – justified disregard for the interests of employees, the communities where employees live, suppliers and customers. It justified ever greater tax cuts and reductions in government services.

The Covid-19 pandemic triggered an economic contraction, leaving nearly half the population without a job. Supply chains optimized for shareholder value have not been able to produce enough personal protective equipment, cotton swabs or testing infrastructure. A healthcare industry built for elective surgery has struggled to adapt to a public health mission. Internet platforms designed to connect us have undermined the nation’s pandemic response by amplifying disinformation, while also empowering white supremacists.

Questioning the values that left world’s richest economy unable to address a pandemic is no longer the exception. Economic power in nearly every US industry is more concentrated than it has been in a century, but tech has performed best and has more impact on our democracy, public health, privacy and economy. Too much of that impact has been negative. No one doubts the good that comes from internet platforms or smartphones. The doubt comes with respect to the business practices and culture that benefit the few at the expense of the many. People are discovering that it is possible to love the services of Facebook and Google and question whether the benefits justify the harm. They wonder why they cannot have the good without the bad. The antitrust subcommittee hearing reflected all of these issues.

It is possible that the four CEOs anticipated a different kind of hearing. Amazon’s Jeff Bezos and Alphabet’s Sundar Pichai shared their own rags-to-riches stories. Facebook’s Mark Zuckerberg tried to position his company’s size as a benefit. Apple’s Tim Cook made a case that his company is different from the others, which is true, though Apple exhibits anticompetitive behavior in its App Store. The CEOs appeared not to understand that the country’s values are changing, that their “users” are less willing to accept all-or-nothing terms, apologies and promises to do better. Business practices that are acceptable in a startup may not be not so for a market-dominant company.

The House antitrust subcommittee must find a way to restore traditional antitrust regulation, while also addressing the new challenges posed by tech giants. When a company operates an ecosystem, what should be the limits on behavior? What rules should govern corporations that build a business around personal data? What responsibility should tech companies and their executives bear for the harms they cause? The answers remain to be determined, but the House antitrust subcommittee has submitted them for the consideration of the nation. That is progress.