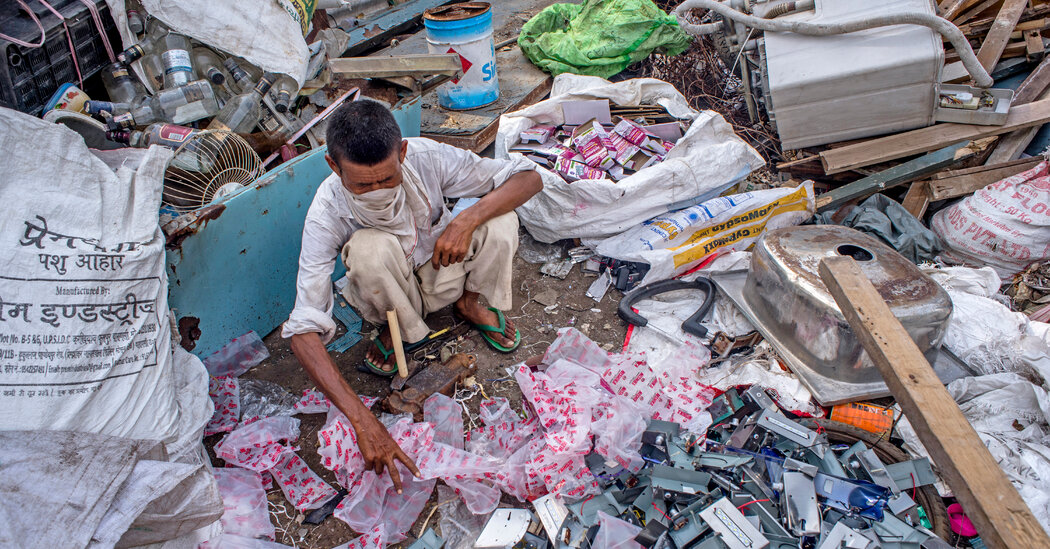 The scale of the coronavirus pandemic and the economic shutdowns it caused set in motion a series of debates and questions about what the world may look like once its stranglehold on society loosens: Will we travel less? Will we work at home more? Will norms in schools and at large-scale public events be changed for years?

Less noticed, but just as important, is the potential that the coronavirus could be a catalyst to overhaul the global economic order. A debate on the failures of the global economy had already started before the pandemic, born of a sense that capitalism and corporations had become parasites on the planet.

In the aftermath of the pandemic, the world’s rich countries should do more than just wait for corporations to change. They have to overhaul their monetary policies, the forms of private investment they incentivize and the attitudes of their antitrust enforcement.

Until now, monetary policy has rewarded holders of financial assets over those who have stock in real assets like land, factories and labor. That’s because the world’s most powerful central banks have prioritized controlling inflation over expanding industrial capacity and employment in what’s called the “real economy.”

This status quo in central banking, which has been dominant for four decades, has encouraged corporations, especially the largest publicly traded companies, to focus on short-term financial gains and share prices at the expense of pursuing longer-term investments that would reap more broadly shared rewards. Compounding the gains of those who already own plenty of capital has resulted in the entrenched income inequality and stagnant wages that citizens in dozens of countries bemoan.

In the United States, the Federal Reserve is expected to operate under its dual mandate to promote “maximum employment” and stabilize prices (by limiting inflation). However, while central banks like the Fed have explicit inflation targets — typically aiming to keep the rate at 2 percent — they do not have explicit unemployment targets.

The Fed, could instead put new policies in place that make a very low unemployment rate — or more aggressively, underemployment rate — the new trigger for whether it decides to stimulate or hit the financial breaks on the economy. This shift would avert the risk of depressing wages and be helpful to groups in the work force who are discriminated against and often “first fired, last hired.” And crucially, it would reward companies for longer-term investments that promote real economic growth.

How else can the financial markets be encouraged to prioritize real, productive investment? Governments can begin to issue higher taxes on dividend payments to large shareholders of big, publicly traded companies and pair that with tax reductions on long-term investments.

It’s not surprising that investors — who for years looked at a landscape of sluggish-to-moderate global growth — have been looking for quick financial returns rather than productive, but sometimes risky, long-term investments. Guided by shareholder demands, for the past decade businesses have focused on delivering returns quickly and predictably to investors instead of investing in longer-horizon infrastructures — like research, plants and machinery that would ultimately lead to innovation and drive economic growth.

According to a 2019 report, “American Investment in the 21st Century,” led by Senator Marco Rubio of Florida, net private domestic investment in fixed assets like equipment, machinery and property has shrunk in half since the mid-1980s.

We also need to address concentration of corporate power. To overhaul the prevailing global economic architecture, the globe’s leading governments will need to address the fact that many sectors — airlines, banking, technology — have become oligopolies dominated by just a few multinational corporations. These Gilded Age style markets reduce competition and concentrate the pricing power of large, well-connected corporations.

There have been calls to break up technology companies or to limit their scale and monopolistic tendencies. However, dozens of national regulators are pitted against global corporations that can use their multiple bases to evade rules inconvenient to them. So international regulatory cooperation will be needed to rein in the increasingly unfettered power of these multinational behemoths.

At a time when many governments seem steered by nationalism, effective cross-border cooperation is hard to imagine. However, feats of global cooperation from the past — like the post-World War II establishment of the Bretton Woods system’s new world order — offer examples of leaders eventually meeting the moment even amid formidable challenges.

The pandemic is not just giving us a chance to rethink how to best live and work. It is also providing an opportunity to reconsider the way that the very structures of our world economy operate.

Dr. Moyo is an economist and the author of “How the West Was Lost: Fifty Years of Economic Folly — and the Stark Choices that Lie Ahead.”