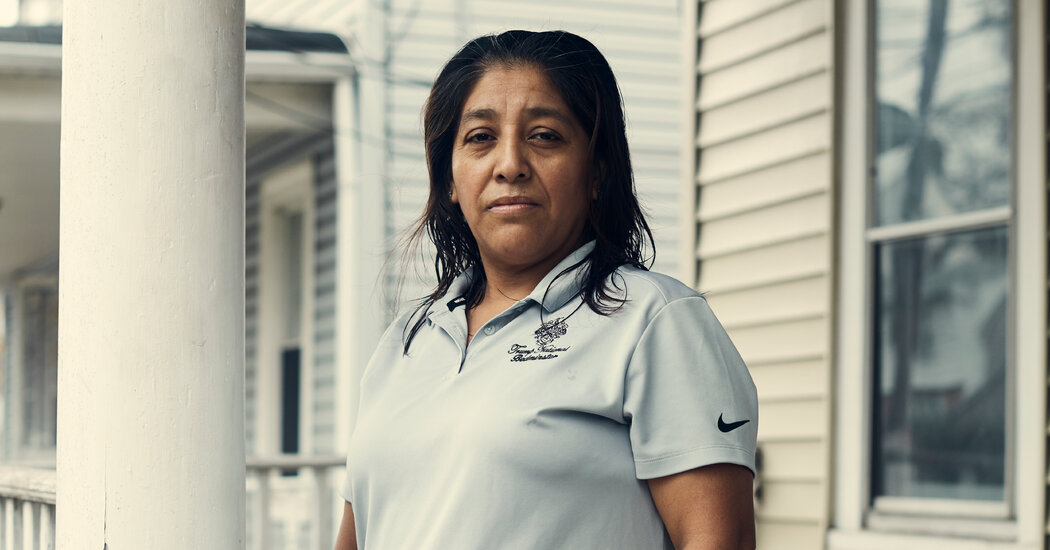 An undocumented immigrant who worked for years at President Trump’s luxury golf resort in New Jersey and later revealed that he employed many immigrants who are in the country illegally has been placed in deportation proceedings.

Victorina Morales, 47, worked for more than five years as a housekeeper at the club in Bedminster, N.J., using counterfeit identification that she said her supervisors knew to be falsified. Her revelations, first disclosed by The New York Times in December 2018, prompted undocumented workers at several Trump properties to come forward.

Dozens of others were fired in ensuing months by the Trump Organization, which owns and operates golf resorts in several states, after the company began investigating employee records.

Ms. Morales, a Guatemalan immigrant, was notified by the federal authorities this week that she had been placed in removal proceedings that could result in deportation. She can remain in the country only if an immigration judge approves her petition for asylum.

In a letter reviewed by The Times, U.S. Citizenship and Immigration Services said that the agency had not approved her initial application for asylum because she had not proved that “extraordinary circumstances” had prevented her from making an asylum claim within a year of arriving in the country, as required.

Ms. Morales, who witnessed her father being murdered, crossed the border illegally in 1999. She filed the asylum application jointly with her husband late in 2018, and the latest decision applied to both of them.

The immigration agency emphasized that it was not denying her asylum application but was instead referring her case to the immigration courts for removal proceedings, where a judge will review her asylum status.

Because of the backlog in immigration cases, Ms. Morales almost certainly will be allowed to remain in the United States for several years while her case is under review. She was not available for an interview on Thursday.

Anibal Romero, her lawyer, said that the agency’s ruling this week “is a serious legal matter, and my concern right now is for the safety and well-being of my client.” He said that he would have no other comment.

After Ms. Morales arrived in New Jersey, she worked at warehouses packing consumer goods, such as soap and baby diapers. She was hired at the Trump property in 2013.

During her time at the golf resort, she said, she often cleaned Mr. Trump’s personal quarters and had several personal interactions with him. She said he had praised her for her meticulous cleaning and work ethic, at times dispensing large tips to her.

But Ms. Morales said that she had been hurt by Mr. Trump’s disparaging public comments after he took office about Latin American immigrants, equating them with violent criminals.

It was that, she said, along with what she said were abusive remarks from a supervisor at work about her intelligence and her immigration status, that made her decide that she could no longer keep silent.

“We are tired of the abuse, the insults, the way he talks about us when he knows that we are here helping him make money,” she said at the time.

Ms. Morales was trained by Sandra Diaz, a native of Costa Rica who is now a legal resident of the United States. Ms. Diaz also came forward admitting that she had been in the country without legal permission while employed at Bedminster.

Trump Organization executives have said that they had no way of knowing that the workers had presented false employment documents, and Mr. Trump has said that he was also unaware that his properties had hired undocumented immigrants.

During the presidential campaign, when the Trump International Hotel opened in Washington, Mr. Trump boasted that he used an electronic employment system, E-Verify, to check that only those legally authorized to work there had been hired.

“We didn’t have one illegal immigrant on the job,” Trump said then.

But throughout his campaign and after he became president, Ms. Morales had been reporting for work at his golf course. A fellow employee drove her and other undocumented workers to the resort each day, she said, because it was known that they could not legally obtain driver’s licenses.

After coming forward, Ms. Morales shot to fame. In February last year, she was among 20 immigrants, many of them facing possible deportation, on the list of those seated in the secure gallery for the annual State of the Union address. In December, she visited Las Vegas and received a hug from Joseph R. Biden Jr., the presumptive Democratic presidential nominee. At a campaign event, she brandished a copy of a certificate of service that she had received from the White House Communications Agency.

After applying for asylum, Ms. Morales received a work permit, which enabled her to secure a housekeeping job as a legal worker at a hotel in Manhattan. She lost that job because of the coronavirus pandemic.

Among nearly 50 undocumented workers identified as having worked at Trump properties since Ms. Morales’s revelations, none are known to have been deported.