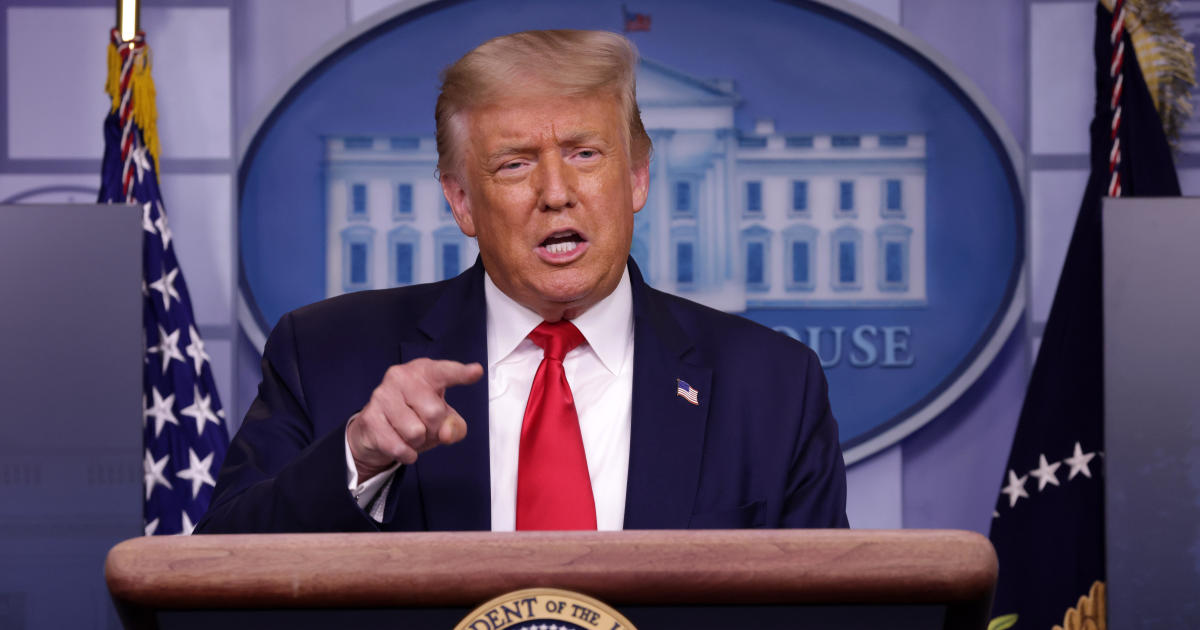 President Trump is holding a news conference at the White House after the release of some of the worst economic figures in U.S. history. Gross domestic product (GDP) shrank at an annual rate of 32.9% in the second quarter of the year, as the coronavirus pandemic decimated broad swaths of economic activity.

Mr. Trump, who had previously pinned his reelection hopes on a booming economy and pays close attention to economic indicators, made no mention of the news in his tweets Thursday. He did, however, question whether the U.S. election could be delayed, something the president does not have the authority to do.

“With Universal Mail-In Voting (not Absentee Voting, which is good), 2020 will be the most INACCURATE & FRAUDULENT Election in history. It will be a great embarrassment to the USA. Delay the Election until people can properly, securely and safely vote???” the president posed on Twitter Thursday.

On Capitol Hill, many Republicans brushed aside the president’s remarks or discounted them as a joke, and insisted the presidential election will take place as planned on November 3.

Mr. Trump has made sweeping, unsubstantiated allegations that voting by mail allows widespread voter fraud, even though he and many of his top aides have voted absentee or by mail.

The president, asked to explain his tweet Thursday, help up printed newspaper articles, spoke of his concerns about voting by mail and questioned the legitimacy of such votes.

“I want to see, I want an election and a result much more than you. I think we’re doing very well,” the president said, speaking of his internal polls.

Yesterday, the U.S. hit another grim milestone in the coronavirus pandemic, with 150,000 deaths — according to data from Johns Hopkins University, that’s more confirmed fatalities than any other country in the world.