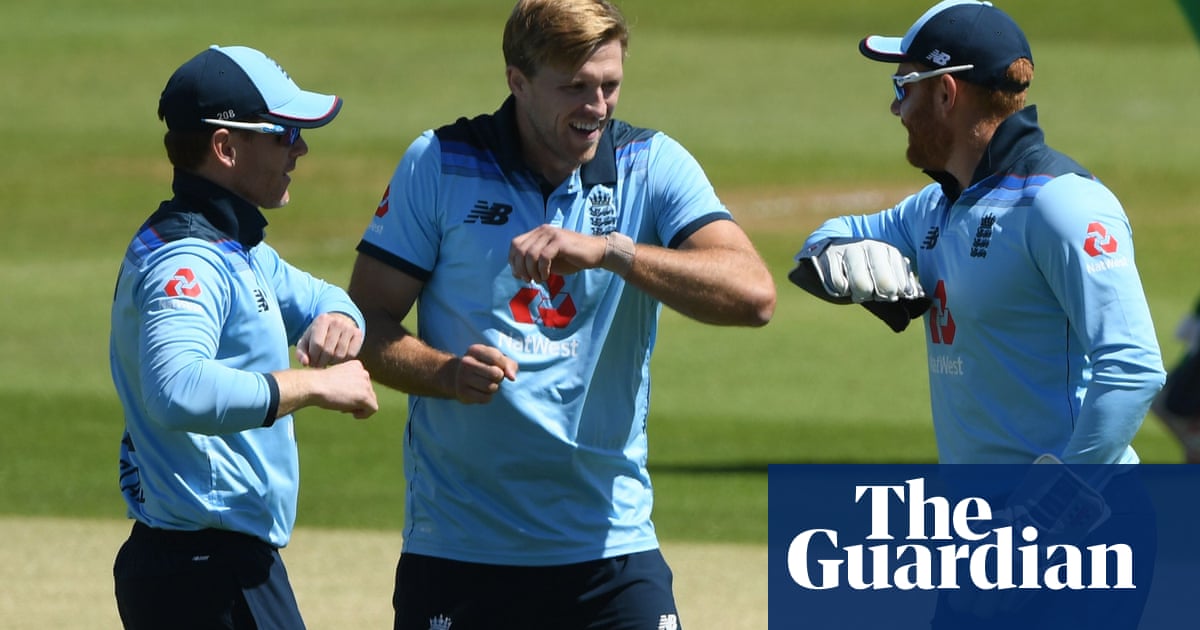 Both Eoin Morgan and David Willey had every reason to be delighted with the choice of the man-of-the-match award after a contest comfortably won by England by six wickets. It was Willey who received the honour after wrecking the Ireland innings within the first half-hour of the game and finishing with career-best figures of five for 30.

Morgan seemed as thrilled as Willey since he had the tough task just over a year ago of telling the opening bowler that he would not be in his 15-man World Cup squad after four years of stalwart service in the one-day side. “David had a fantastic day out,” said Willey’s captain. “He is such a strong character and he puts his heart and soul into it. Here his skill levels were second to none.”

“That was pretty special,” Willey added. “I didn’t know whether my time had gone. I didn’t feel as if I had a point to prove but the past year has been a rollercoaster. It was bitterly disappointing to be dropped [for the World Cup]. I just wanted to get back to enjoying my cricket. I have had a lot of support from Yorkshire and at home and I’m in love with the game again. I play best when I’m enjoying it and I’ll treasure the award after the 12 months I’ve had.”

The other beneficiary of this game was Sam Billings, so often the first reserve in England’s one-day sides. “He’s been unlucky to miss out in the past,” said Morgan, “but we have been spoilt for batsmen. Here he produced when it was needed.”

Morgan confirmed that Billings would not have played but for Joe Denly picking up a back injury on the eve of the match and Billings spoke for many when he said: “It was absolutely fantastic to get the juices flowing and to be back playing cricket again.”