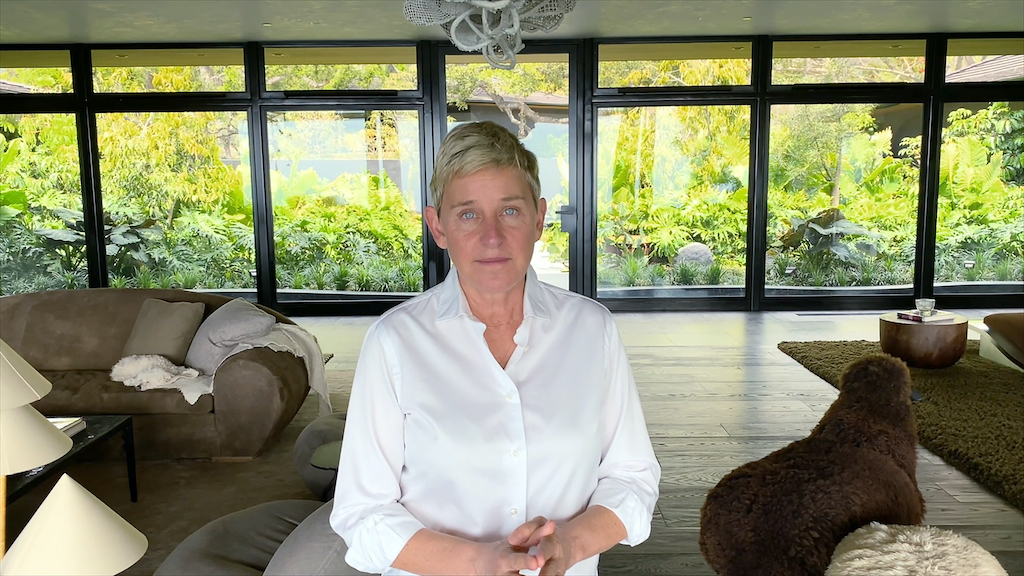 The Ellen DeGeneres Show has always given off warm and fuzzy vibes, thanks to a host so friendly she has, well, some questionable friends. But recent reports have poked holes in that façade. A BuzzFeed piece discovered alleged racism and intimidation behind-the-scenes; Variety claimed longtime crew were mistreated as the show reformatted due to the pandemic. On Monday WarnerMedia began an in-house investigation into these claims, and on Thursday, as per Variety, DeGeneres herself broke her silence on the matter, apologizing to her staff.

“On day one of our show, I told everyone in our first meeting that The Ellen DeGeneres Show would be a place of happiness — no one would ever raise their voice, and everyone would be treated with respect,” DeGeneres wrote in a statement aimed at her staff. “Obviously, something changed, and I am disappointed to learn that this has not been the case. And for that I am sorry.”

“I could not have the success I’ve had without all of your contributions. My name is on the show and everything we do and I take responsibility for that. Alongside Warner Bros, we immediately began an internal investigation and we are taking steps, together, to correct the issues. As we’ve grown exponentially, I’ve not been able to stay on top of everything and relied on others to do their jobs as they knew I’d want them done. Clearly some didn’t. That will now change and I’m committed to ensuring this does not happen again.”

DeGeneres claimed that this she learned that “people who work with me and for me are speaking on my behalf and misrepresenting who I am and that has to stop.” She added, “As someone who was judged and nearly lost everything for just being who I am, I truly understand and have deep compassion for those being looked at differently, or treated unfairly, not equal, or – worse – disregarded. To think that any one of you felt that way is awful to me.”

The daytime TV host vowed “to do my part in continuing to push myself and everyone around me to learn and grow,” adding, “It’s important to me and to Warner Bros. that everyone who has something to say can speak up and feels safe doing so.”

In the three days since the internal investigations were made public, there’s already been one major decision made: Executive producer Ed Glavin, one of the people mentioned in allegations of racism, is exiting his role immediately. It’s not yet clear if more heads will roll.