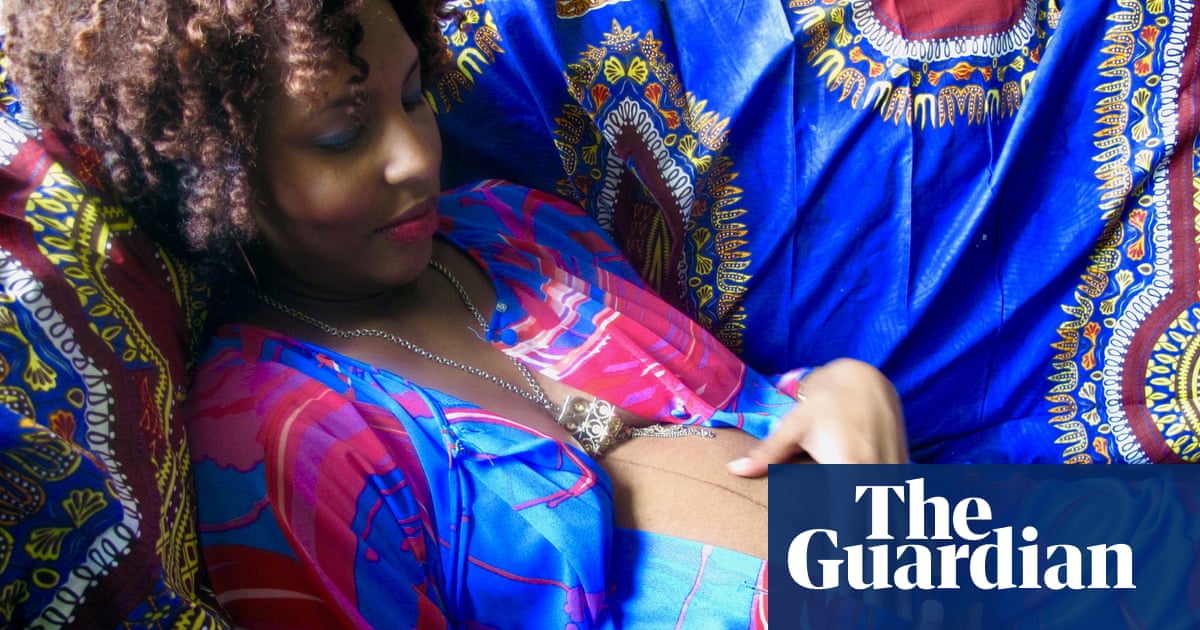 I had to wait three days after my daughter Seneca was born to hold her. She arrived punctually just before sunrise on her due date, a fact I have interpreted as her over-accommodating me, because it enabled me to drive to UPS and mail off my tenure dossier on time.

Nine hours later, as my partner, Solomon, my sister, Scheherazade, and I drove to the hospital with a maternity bag filled with a lavender-scented eye mask, breastfeeding pyjamas and a white-noise machine, I noticed only a handful of cars on the highway, the glare of their headlights guiding us to the hospital, four suburbs and 30 minutes away from our New Jersey townhouse.

My doctor, a Jamaican obstetrician, later told me that my pregnancy had been uneventful up to that point. Though this was my second one within a year (the first resulting in a miscarriage), by the end of my first trimester my morning sickness had subsided, and I was able to commute to my job at the University of Pennsylvania in Philadelphia from my home in downtown Newark with relative ease.

However, because I was aware of the high rate at which black mothers die during or after childbirth, I had, in addition to my black female doctor, a doula named Fumi – a close family friend, who, similar to me, is half Trinidadian and half African American.

Enslaved black women knew that to touch and hold their babies, who could be sold off at any minute, was a huge risk and a revolutionary act

Back in 2018, Bob Anderson, the chief of the mortality statistics branch at the National Center for Health Statistics in the US, said: “Maternal mortality is an important indicator of the health of a nation.” If he is right then the fact that black women continue to die from maternity-linked causes at a rate two and a half times higher than that for white women in the US, and in the UK are five times more likely to die during childbirth than white women, was an indicator of the pandemic of racism long before Covid-19 .

And so, before stepping on to the hospital floor with my swollen feet, I tried to anticipate and arm myself with protection against this racism and sexism: a loving partner, black female health advocates and a detailed birth plan. But, early into my intake process, as the nurse was checking my temperature and the foetal heart rate, I felt a sudden pang, as if an arm was trying to burst through my body, and then we could not hear a heartbeat for a full seven minutes.

I was rushed into the operating room for an emergency C-section, put under general anaesthetic, and was unconscious during my delivery. Seneca, in turn, inhaled her meconium, the medical term for a baby’s first poop, which is supposed to take place outside the womb, and is made up of a mix of intestinal epithelial cells, amniotic fluid, bile and water. As a result, she was raced to the neonatal intensive care unit, had breathing tubes inserted and slept in an incubator for three days.

Weighed down by stitches and in a wheelchair, I would stare at her sucking on a pacifier behind plastic for hours, because I was afraid that my inability to breastfeed her or engage in skin-to-skin contact would bring her irreparable harm. But I was also burdened by another trauma, the history of slavery. I was a descendant of those enslaved black women who knew that to touch and hold their babies, who could be sold off at any minute, was a huge risk and a revolutionary act.

“In this here place, we flesh,” Baby Suggs preaches in Beloved, Toni Morrison’s award-winning novel. “Flesh that weeps, laughs; flesh that dances on bare feet in grass. Love it. Love it hard. Yonder they do not love your flesh. They despise it.” In this sermon, Baby Suggs reminds black people that their skin, that very mark of difference that white slaveholders used as an excuse to enslave them and their children, required a thick love, the kind of pleasure that resurrects life in the face of racism, and too often these and those days, the white grips of death.

My daughter recently celebrated her eighth birthday at a socially distanced birthday party. I often tell her that our city of Newark had the highest rates of coronavirus in the state, only trailing New York in the number of infections and deaths. I tell her, too, the story of her birth. Unlike my other memories of her early days, which she often grows bored with, Seneca revels in hearing how grand her entrance was. I imagine that she, too, is arming herself against the cacophony of outside voices that will one day try to convince her otherwise. But for now, as she, her younger brother, Sidney, and her dad and I navigate these protest days and pandemic months, her birth story reminds us all that, from the very beginning, her black life has always mattered.