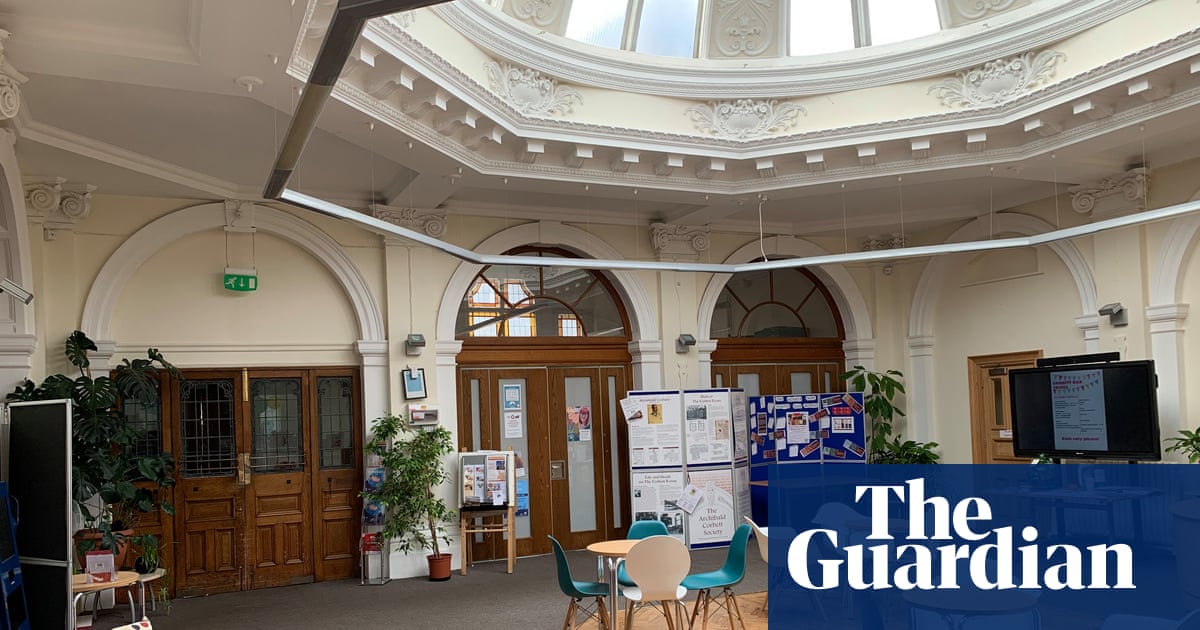 UK libraries will start to reopen from 4 July. But anyone hoping to pop in and browse the bookshelves, drop their child off at rhymetime or spend a couple of hours using the computers is going to be disappointed.

“We have the capacity for 20 people at a time,” says Rachel Braithwaite, project development manager at the Archibald Corbett Library in south London, which will, unlike many other libraries, be opening its doors from 4 July and restarting at least some former activities. “There will be a space marshall and hand sanitiser at the door. Everyone feels differently. People who would be worried won’t come. But personally I’m looking forward to it.”

Returned books will be put into crates and quarantined for 72 hours. As for browsing, there may be a system whereby any books that have been touched and not borrowed have to go into quarantine; it’s still to be decided. But the system to check books out is in place: librarians will be behind perspex screens, through which library cards can be scanned.

Lego, learning and laughter: how libraries are thriving in lockdown

During lockdown online library services have been booming, but it’s also important, says Braithwaite, to offer more than online services. For the past three weeks, the library has provided a click and collect service – and only one book order has so far been put in. “A lot of our customers are people without access to computers. If we do things like click and collect, or online activities, that won’t reach them,” she explains. “We want people to come in and get books.”

Community services will also be available, including helping people without digital access fill in online forms for benefits such as bus passes or universal credit. “We’ve already started those services, out at the back of the library, on the decking. We now plan to move that into a room, with distancing and personal protective equipment,” says Braithwaite. Classes in English for speakers of other languages will also restart, and there will be access to four of the library’s usual nine PCs.

Over the past 10 years of austerity, libraries have become vital community hubs, agrees councillor James Lewis, deputy leader of Leeds city council. “We have put a lot more services into libraries – credit unions, job shops, even post offices,” he says. Of the 34 libraries in and around Leeds, six will initially reopen, but there will be no book browsing. Computers will be available, but will have to be booked for 45-minute sessions. Even this limited amount of reopening has taken “painstaking” work, he says.

As they gradually reopen, all UK libraries will have to put strict measures in place to ensure the safety of staff and users, including physical distancing and measures such as booking computers in advance. Dates vary around the UK. Libraries in England are able to reopen from 4 July; libraries in Scotland from 15 July; and in Northern Ireland from 20 July. In Wales, the next review of lockdown measures will be on 13 July; until then, some libraries already offer a click and collect service and many are planning how to reopen with limited services.

In most areas, it’s the larger libraries, more easily able to provide physical distancing, that are reopening first. In Nottinghamshire, for instance, library spaces have been reorganised with no access to study space, toilets, refreshment areas and no activities.

“A lot of us realise that the services we are used to will only come back gradually,” says Portsmouth councillor Gerald Vernon-Jackson, who chairs the culture, tourism and sport committee of the Local Government Association. Many library staff have kept in touch with their users, particularly older and more vulnerable residents, but not everyone will know the new rules. “For some people, that message won’t get to them until they go to the library and talk to staff,” he acknowledges. “There will be teething issues, but I expect people will be OK when things are explained to them.”

Sign up for Society Weekly: our newsletter for public service professionals

Library services, which have seen spending cut by more than £250m (26.9%) in the past 10 years in the UK, also face serious funding threats as councils try to balance their books after huge additional spending to combat the pandemic. “ In Peterborough, the non-profit trust set up to run the city’s 10 libraries and other leisure activities has terminated its contract and handed back control to the city council. “Local government provides thousands of libraries, music venues and community cultural hubs – all an incredibly important part of our society after the virus,” says Vernon-Jackson, who says financial support for councils from central government is needed urgently. “Government’s complete inability to value local culture or local government is really frightening.”

Lewis agrees. “Trying to get back safely the places where people get together, like libraries, sports centres, museums and galleries, is really frustrating. There’s been nothing like this in anyone’s lifetime, so we didn’t expect government to figure it out to the last penny,” he says. “But we don’t see any extra money. We are already starting the process of service reviews to reduce spending, including potential compulsory redundancies.”