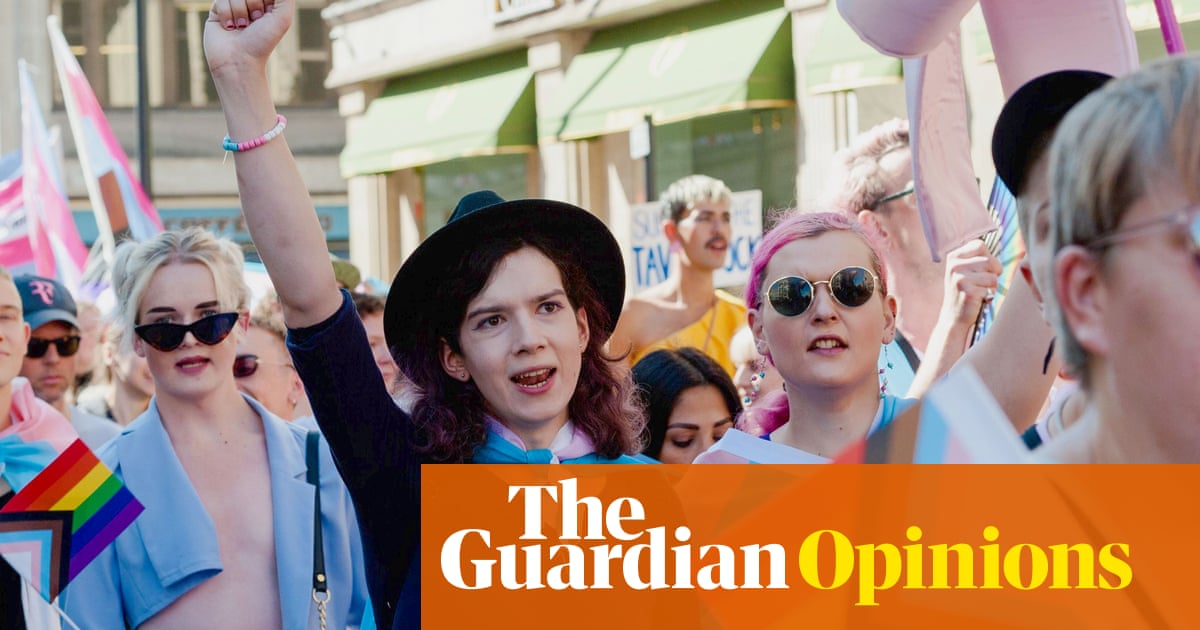 Silence can be dangerous. It allows rumours to run riot, fears to be stoked and falsehoods to flourish. There has been no word from No 10 since its response to a public consultation on the Gender Recognition Act (GRA) was leaked. The government reportedly plans to scrap a reform to the GRA, which would have allowed trans people to self identify their gender without a medical diagnosis. This has caused deep anxiety among our trans community, leading many to question whether England is still committed to flying the multicoloured flags of inclusion.

When wielded by those in power, silence can be a weapon. It has been deployed for years by various religious leaders to avoid saying anything about the status of LGBTQ+ members in their congregations that might rock the boat. And in that silence, most LGBTQ+ people have rightly heard only judgment and rejection.

Trans people have endured years of silence from the government about the long-promised GRA reforms. At the same time, they’ve been bombarded with hateful rhetoric, often voiced by people who refuse to accept them as the gender in which they live. Most trans people just want to get on with their everyday lives with as little fuss as possible. They are our friends, our neighbours, our co-workers and family members, whose rights we must honour and protect.

Much has been made of the “toxic debate” surrounding the proposed GRA reforms over recent weeks. “Toxic”, yes: the discourse about the reforms has deepened discrimination and prejudice towards trans people. But calling this a “debate” is wrong.

Of course, people should always be free to say what they think and free to live according to their conscience. But freedom of speech must not impinge on a person’s protected characteristics, as defined by the Equality Act. What’s more, if freedom of speech is to be just and fair, people must have an equal opportunity to be heard, particularly by those in power. Few trans people have access to national news platforms to counter the views laid against them. If we listen only to the loudest voices, or worse, silence those we don’t wish to hear, things can quickly turn toxic.

A prime example of this toxic discourse is how the conversation about “single sex spaces” for women has evolved. Trans women have been safely accessing these spaces for years. We are deeply concerned that leaked proposals calling for trans women to be barred from these spaces will ultimately victimise all women, trans or otherwise. Who decides what a “woman” looks like, and whether they therefore can access a space? Would a masculine-looking woman be disqualified? If we judge people not according to their behaviour, but according to what some third party perceives as their sex and gender, we risk imposing a singular idea of what a “woman” is.

To chart a way forward, the government should listen to the needs of the trans community and find better and more streamlined processes to help them on their journey. That was the basis of the original GRA reforms, which had safeguards built in to prevent abuse of the system, including signing a statutory declaration that made people legally liable for any false representation. If the Republic of Ireland allowed people to legally change their gender by self-declaration in 2015, surely England can too.

For our part, we write as lesbian feminists. One of us identifies as cis-gendered, the other gender queer. We’re committed to speaking out for all women’s rights and are united in our desire to stand against misogyny and sexism. As it happens, we too have received hateful rhetoric for being lesbians and feminists. But this vitriol pales in comparison to that experienced by our friends in the trans community, who suffer prejudice and discrimination on a daily basis.

It’s long been said that a civilised society is judged by the way it treats its most marginalised members. Rather than remaining silent, the government should set a new tone. It should acknowledge the prejudices suffered by trans people. By addressing the discrimination that they experience, we can build a society where each of us is free to exist in safety, as the people we are called to be.

• Jayne Ozanne is a member of the government’s LGBT Advisory Panel and Church of England’s General Synod. Rabbi Elli Tikvah Sarah is rabbi of Brighton and Hove Progressive Synagogue