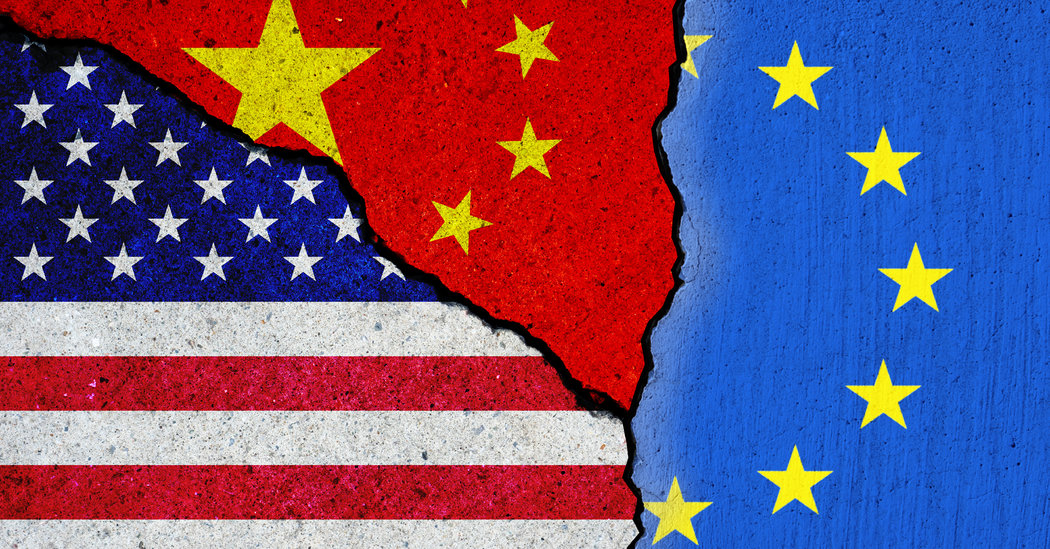 HAMBURG, Germany — Maybe it was no coincidence that the German government chose Leipzig as the location for the special E.U.-China summit, scheduled to take place later this year.

After all, Leipzig’s citizens were the first to turn out in droves in 1989 to protest the East German Communists’ despotism and contempt for freedom. Many feared the regime would indiscriminately mow down protesters who demanded basic democratic liberties, just as the Communist Party of China had done in June that same year.

Fortunately, the result was very different: The regime crumbled, the Berlin Wall fell and the country was reunited. Germans call Leipzig “Heldenstadt,” city of heroes.

What President Xi Jinping of China will make of this history is unclear. But we will get a chance to find out: The summit will go ahead, despite the coronavirus. Germany, which assumes the European Union’s rotating presidency on July 1, appears eager to send Beijing a message. Europe still belongs to the “political West,” as Chancellor Angela Merkel put it in May.

While Ms. Merkel stressed that Europe must “take its fate into its own hands” — code for geopolitical emancipation from the United States — she underlined that the European Union should come together to prevail over the mighty, code for China. “Together,” she said, “we want to lead Europe to new strength.”

That’s much easier said than done. Europe is sandwiched between two rival powers — President Trump’s bellicose United States and Mr. Xi’s intrusive China — which both scorn multilateralism and weaponize trade. And it doesn’t help that the Continent, trying to balance strategic imperatives with economic interests, is in the midst of its worst economic downturn since World War II.

The strain is plain to see. While the United States, Canada, Australia and Britain issued a comprehensive joint statement condemning China’s national security law in Hong Kong, which amounts to a legal takeover of the city, the European Union put out a meager five-sentence declaration, promising to “raise the issue in our continuing dialogue with China.”

That came only weeks after 27 European ambassadors to China allowed China Daily, a Communist Party newspaper, to censure an entirely uncritical op-ed written by them. Their offense? To have mentioned that the coronavirus originated in China.

And last week, after a videoconference between European and Chinese leaders, the president of the European Commission, Ursula von der Leyen, could say only that the bloc insists on “having a view” of the human rights situation in China and Hong Kong. Mr. Xi will surely have learned by now that he has little to fear from Brussels.

Such wretched vacillation expresses a sour truth: Europe is far from united in its rejection of China’s authoritarian state capitalism. Especially for Central European states like Hungary and Poland, a Beijing that doesn’t fret about “values” is much less annoying than a Brussels that does so all the time.

And it’s not just states that see China in a flattering light. In Italy, China’s “mask diplomacy” — the giveaway of masks and other medical safety equipment — seems to have done its job. Italians now view China as the most friendly country, according to an April poll. (Germany came last in the sympathy ranking.)

Germans themselves aren’t immune, either. In a May poll, 25 percent of respondents said that they had gained a more positive image of China through the coronavirus crisis, while 73 percent said their opinion of the United States had worsened.

The European Commission may label China a “systemic rival.” But such fighting talk is more likely to bring German businesspeople to tears of laughter than China to fair play. It will do nothing to change the situation for German car manufacturers, for instance, who trade extensively with China and are happy to bow to its political pressure. Daimler, for example, swiftly apologized for quoting the Dalai Lama on social media in 2018.

It all adds up to a miserable picture. In the face of it, how can Germany build a credible European approach to China?

An episode from the Cold War could point the way. When tensions rose in the late 1970s between America and the Soviet Union, Helmut Schmidt, the German chancellor, came up with an innovative approach. He offered disarmament talks to the Soviets — while also promising to deploy American missiles in Europe if the Soviets did not budge. The tactic became known as the “double-track decision.” And it was effective: The Soviets eventually agreed to the peace talks that led to nuclear disarmament.

Fortunately, power today is spelled out in trading figures rather than warheads. But the principles of the double-track approach remain applicable. At the moment, America and the European Union each have one fruitless way to approach China: America threatens to escalate the trade war, and Europe begs for international cooperation.

The West sorely needs to be more strategic. And there’s a way to get there: Take its two currently unsophisticated tracks — American anger and European friendliness — and combine them, subtly.

So maybe it wouldn’t be a bad thing if the Leipzig meeting between Ms. Merkel and Mr. Xi were to be postponed. If it is China’s aim to drive a wedge between the West’s powers, then the West may want to hold its own summit on China first.

Jochen Bittner (@JochenBittner) is a co-head of the debate section for the weekly newspaper Die Zeit and a contributing Opinion writer.