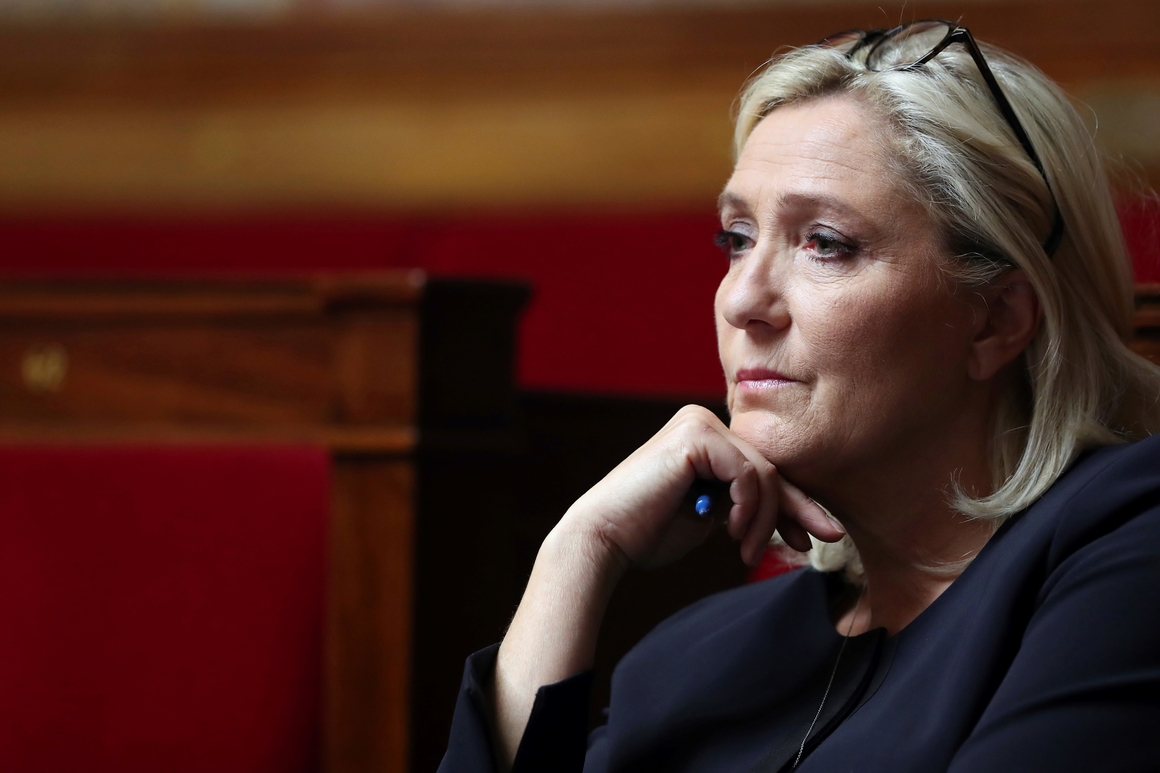 The far right’s success there is “not only a symbolic triumph but a real breakthrough,” said Le Pen, one that will provide a springboard for triumph in regional elections next year — and presumably position her for another assault on the presidency the year after.

But while President Emmanuel Macron is a clear loser from the election — which saw his centrist La République En Marche party take a beating at the hands of the Greens in several major cities — Le Pen doesn’t come out looking much better.

The capture of Perpignan was indeed a coup for Aliot and for the far right, but it was at best a qualified, bitter-tasting victory for Le Pen.

Aliot, Le Pen’s romantic partner until last year, chose not to run as a candidate for her National Rally party. The party’s name and symbol did not appear on his posters.

He ran as the leader of a wider, hard-right alliance and kept Le Pen at arm’s length from his campaign. Instead, he appeared publicly with Robert Menard, the successful, independent far-right mayor of nearby Béziers and a frequent critic of Le Pen.

Aliot’s tactics were based on those of Menard, not those of his ex-partner. He stressed local issues and anti-Parisian, southern pride and anger, rather than a visceral rejection of Macron or fear of “political Islam.”

There’s little for Le Pen to celebrate in National Rally’s wider performance either.

The party, which regards itself as the principal opposition to a “stumbling” and “unpopular” president, hoped to build on its first place in the European election in May 2019 and the original anti-Macron Yellow Jackets revolt in the countryside and outer suburbs.

But it also faced financial problems, caused partly by the recall of a Russian loan, which meant that it had to concentrate on 262 local races, compared with 369 in 2014.

These results are deeply disappointing for the would-be ruler of France — a fact recognized within the party. National Rally officials say publicly that no huge weight should be placed on such a “chaotic” election, with a turnout of only 41 percent and a second round delayed for more than three months by the coronavirus lockdown.

Privately, they look jealously at the big-city successes of the Greens, a party with only four full-time national officials. National Rally officials have been complaining anonymously to French media about Le Pen’s poor performance during the epidemic and her disastrous attempt this month to gatecrash the 80th anniversary of former President Charles de Gaulle’s London appeal for French resistance against the Nazis.

She was booed when she turned up at the island of Sein in Brittany, from which De Gaulle escaped to England in 1940. In any case, many traditionalists in the party still detest De Gaulle and trace their antecedents to the pro-German Vichy regime or cause of French settlers in Algeria allegedly “betrayed” by le général in 1962.

Internal party critics say that Le Pen is floundering at a time when Macron’s unpopularity and the coronavirus crisis mean that she should be flying high. A recent poll looking at her chances for the 2022 presidential election suggested that she would reach the second round once again, but then lose, also once again if somewhat less definitively, to Macron.

“The problem is that she is surrounded by third-raters,” one party insider complained in an interview with the BFMTV website.

It is much too early to write Le Pen off. A challenge to her leadership of the party before 2022 is nearly unthinkable. National Rally remains a considerable national force at a time when French politics is splintering and re-splintering.

The Greens are now a force in big-city politics, but past experience suggests that they will struggle to become relevant at the national level.

All the same, Le Pen’s poor performance — and her former boyfriend’s success — on Sunday is a sign of the times: It shows the far right is not immune to the splintering of French politics.

Both are national movements with strong national leaders, which have failed to grow grass roots in local politics.

Both are unlikely to suffer from an internal coup, but both are vulnerable to be disrupted by challenges from outside their party.

For Le Pen, her niece Marion Maréchal is already a potential rival. So, increasingly, is the journalist-turned-mayor Robert Menard in Béziers.

To them should now be added Louis Aliot in Perpignan.