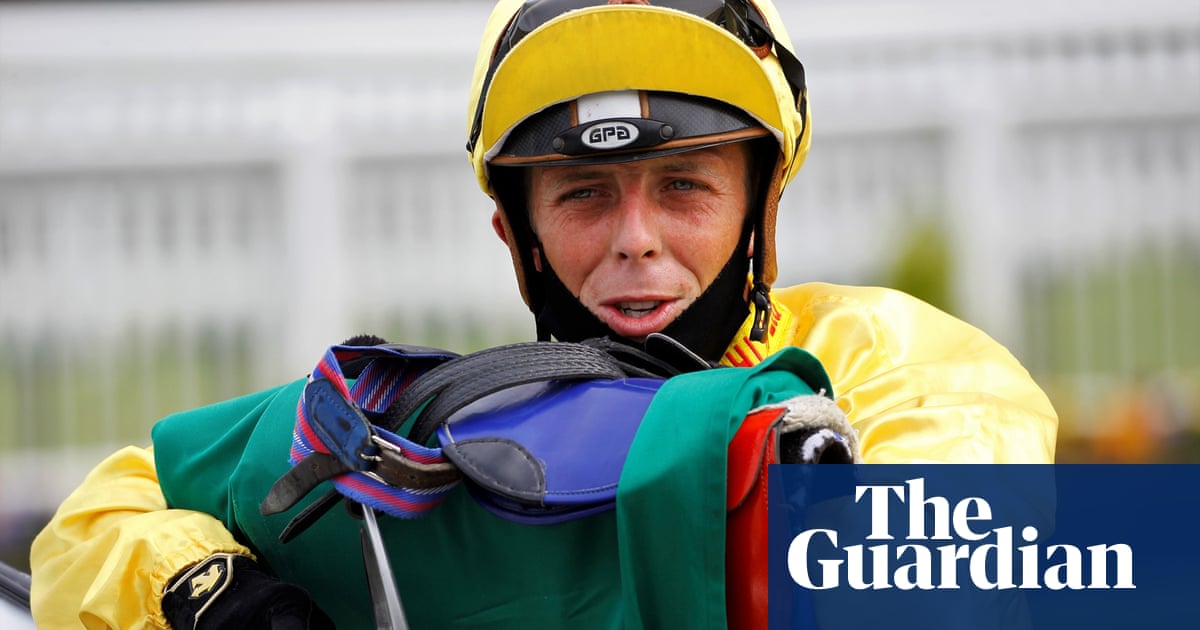 Ben Curtis will be introduced to his Derby mount, Highland Chief, on Friday morning when the jockey who has made so much progress in recent years will make a flying visit to the Whatcombe stables of Paul and Oliver Cole. It is a huge moment for Curtis, who was just a few months old when Cole Sr won the Derby with Generous in 1990.

Talking Horses: non-runners and no stalls but Leicester races on

“It’s absolutely brilliant,” he told me before racing on Tuesday. “It’s the phone call any jockey wants to receive and, in a year when the Derby looks very open, he looks to have a fantastic chance. I’m really looking forward to it.

“I’m going down to sit on him on Friday morning. I’ve obviously watched all his races. He looks like a horse who’s progressing with every run and goes into the Derby with what I think is a live chance.”

It is hard for any jockey to break into the big time by sheer riding talent but Curtis is getting there, with the help of a canny agent in Simon Dodds. His 98 winners for the year is 41 ahead of his nearest rival and he’s second-favourite to be champion jockey, behind only Oisin Murphy.

Somehow the difficult transition has to be managed from quantity to quality and there again Curtis is making progress. He has ridden three Group winners since resumption this month, doubling his career tally. They include his first Royal Ascot success.

“You can ride plenty of winners on a day to day basis but you need to get some of those bigger winners to put you in the shop window. I was lucky enough to get on a better calibre of horse over the last few years and get the job done. People seem to have noticed, so it’s all paying off.”

Curtis will be at Catterick on Thursday afternoon and Haydock on Friday. Introducing a trip to Whatcombe, just outside Lambourn, in between the two is no joke in terms of the miles to be covered, but Curtis will be as happy to do it as any jockey would be. Highland Chief kept on very strongly to win his Ascot handicap off a mark of 101 and his Derby chance is worth any amount of driving.

It’s tough on Rossa Ryan that he doesn’t get to keep the ride after being on board Highland Chief at Ascot. But, at 19, he has 11 years on Curtis and his chance will come if he sticks at it as the older man has done.

For any readers who need to be reminded of their age, consider that Ryan was born in the year Galileo won the Derby and was almost certainly too young to be paying any attention when Frankie Dettori got his first Derby success on Authorized in 2007.

Hooray for jump racing, which makes its return at Southwell today. A 12-runner novice handicap chase is possibly not the gentle introduction that some of the jockeys may have been hoping for, but I dare say they’ll cope.

Nineohtwooneoh (12.00) is the one to be with, even at odds of 2-1. He’s had his problems but scored over hurdles at Musselburgh in February in the manner of a horse who was well ahead of his rating, and the 10lb higher mark he is on now still underestimates him.

He can be forgiven a subsequent blow-out at Taunton, when the heavy going did not suit and which may possibly have come too soon. He can get Paul Nicholls’s summer off to a flyer.

Oxwich Bay, the second favourite, is a horse worth keeping an eye on for some future gig. But winning at Southwell in summer usually takes a modicum of pace, which he lacks.

Chapmanshype (3.10) is fairly priced at 5-1 for quite a hot handicap hurdle. Jamie Snowden’s runner has won his last three but may not be done yet and this is his ground. Among the opposition is Hunters Call, who helped put Olly Murphy on the map by landing the valuable handicap hurdle at Ascot’s pre-Christmas meeting three years ago. He has not raced since.

Tommy Rock (5.10) should be able to defy a penalty at Kempton tonight. Clive Cox’s grey may have learned quite a bit from his strong-finishing handicap debut at Wolverhampton last week. He’s 15-8.