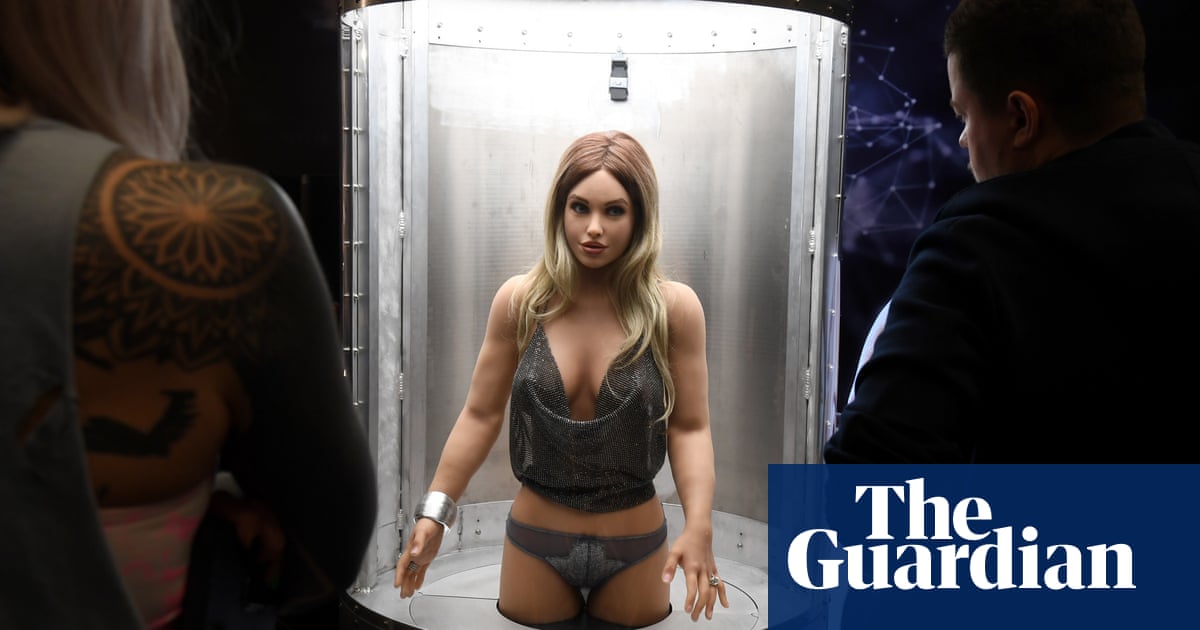 In a plain factory building in the San Marcos hills, north of San Diego in California, a technological revolution is under way. There, a team of AI experts are developing a new brand of woman that can smile, flutter her eyelids, make small-talk and remember the names of your siblings. Harmony – for that is her name – is a cut above your average sex doll. More than merely a masturbatory aid, she is a friend, lover and potential life partner.

In Sex Robots & Vegan Meat, Jenny Kleeman examines the innovations that promise to change the way we love, eat, reproduce and die in the future. “What you are about to read is not science fiction,” she warns in her preface. “We are on the brink of an age when technology will redefine … the fundamental elements of our existence.” First on her list of apocalyptic developments is the production of AI-enabled, animatronic sexbots, which, depending on your viewpoint, provide warmth and comfort to socially isolated men or allow misogynist incels to live out their rape fantasies. Her research takes her to Abyss Creations, the throbbing heart of the industry where hyperrealistic dolls are created complete with custom-made hair, nipples and vaginal inserts.

The company is presided over by Matt McMullen, a would-be rock star so pleased with himself that he has fashioned one of the few male sex dolls in his own image. For him, Harmony – now in her sixth iteration of hardware and software – is his crowning glory. Not only does she make moaning noises during sex, her vagina has its own heating and lubrication systems. When she is complete, McMullen explains, she will “know your favourite sex position, how many times a day you like to have sex, what your kinks are”.

Kleeman, a journalist and documentary-maker who specialises in tech and social affairs, makes a compelling and thoughtful attempt to understand where such inventions might lead us. Her book is less a pearl-clutching polemic against progress than a concerned squint at what the future might hold.

Along with the burgeoning industry in sexbots, she investigates the race to produce “clean meat”, a lab-grown food made from animal cells that, if all goes according to plan, could render the world’s multitrillion dollar farming industries all but redundant. Also the “bio-bag”, an artificial womb that could make childbirth as straightforward as “opening a Ziploc bag”; and the growing market for suicide kits, which promise a quick and painless death for the elderly. So she meets the entrepreneurs creating beef burgers and salmon sashimi in petri dishes, the scientists masterminding extra-uterine devices, and Philip Nitschke, the so-called “Elon Musk of suicide” and architect of Sarco, a 3D-printed euthanasia device that allows people to administer their own death using liquid nitrogen. Kleeman approaches her subject with a winning scepticism. When McMullen loftily recalls his early years experimenting with latex and the female form in his garage (“I found that sculpture was my medium”), she privately notes how he talks “as if he were Rodin rather than the man behind the RealCock2”.

A running theme in Sex Robots & Vegan Meat is humankind’s desire to circumvent potentially catastrophic problems with shiny new products; as Kleeman puts it, “rather than dealing with the cause of a problem, we invent something to try and cancel it out”. We know the meat industry is cruel and environmentally toxic but giving up burgers and chicken nuggets for the greater good is, it seems, too much to ask. Similarly, the sex doll industry seeks to sate the desires of men who cannot relate to, or actively loathe, women. A few therapy sessions would be a lot cheaper than a self-lubricating sex robot, but that would require McMullen’s customers to address their hang-ups, and where’s the fun in that?

It’s important to know that, of the innovations discussed here, no functional versions currently exist. So is Kleeman worrying us over nothing? Not entirely, since it seems likely they will go on the market one day, even if there’s no guarantee they will be desirable, let alone affordable. Reading her book, you are left dismayed not so much by what lies ahead as by the current reality of the men with planet-sized egos vying with one another to control birth, food, sex and death. It’s a habit that’s as old as the hills.

• Sex Robots & Vegan Meat is published by Picador (RRP £16.99). To order a copy go to guardianbookshop.com. Delivery charges may apply.