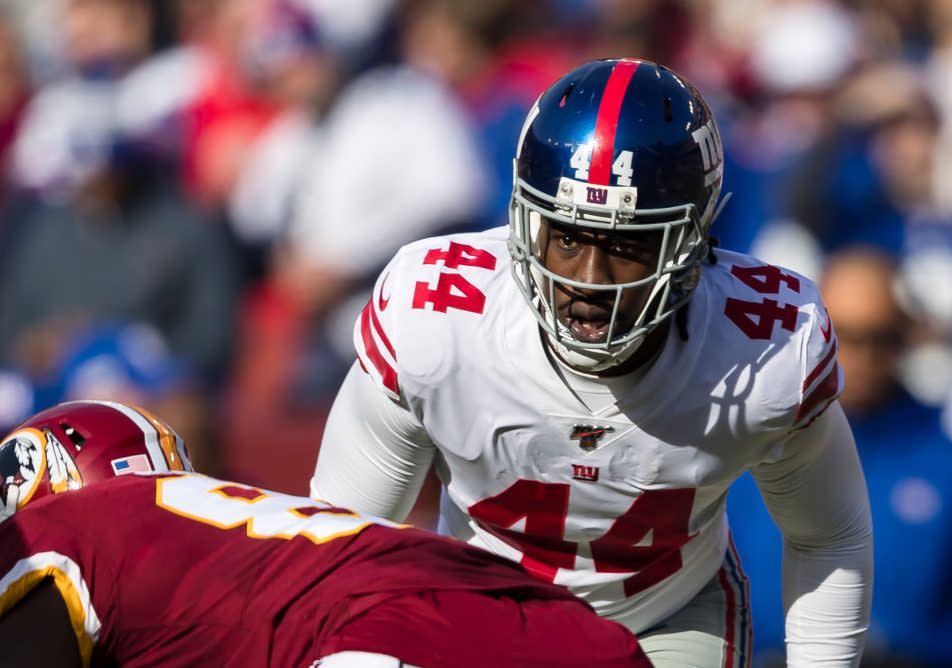 Linebacker Markus Golden has until July 22 to find a suitor or he will play 2020 under a one-year, $4.125 million deal with the Giants.

The Giants placed the placed the unrestricted free agent tender on Golden on April 27.

Ralph Vacchiano of SNY reports that “there is no indication that any other team is interested in signing him for more than that.”

It seems pretty clear Golden will return to the Giants, seeing that he has spent more than three months as a free agent. Team rosters are set for the most part and cap space for many is tight.

Golden, 29, signed a one-year, $3.75 million deal with the Giants a year ago. He made 10 sacks, the second-best mark of his career, in starting all 16 games for the first time in his career.

A second-round choice of the Cardinals in 2015, Golden has 191 tackles, 29 sacks and six forced fumbles in his five seasons.

Report: No indication anybody else interested in Markus Golden originally appeared on Pro Football Talk