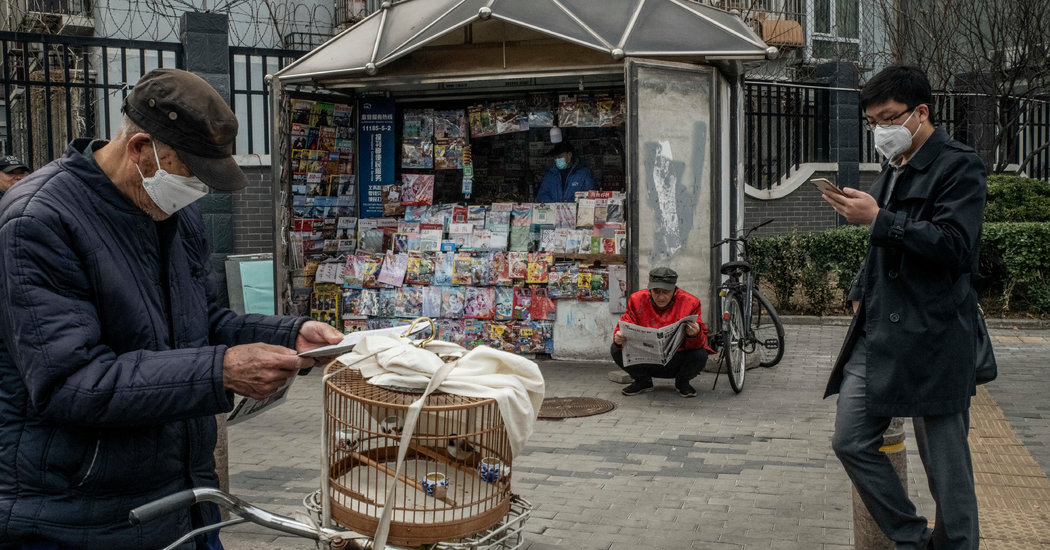 China demanded on Wednesday that four American news organizations provide the government with information about their staffs, finances and real estate holdings inside the country, in what the Ministry of Foreign Affairs said was retaliation for the Trump administration’s recent actions against Chinese news outlets in the United States.

The Chinese government stopped short, however, of announcing the expulsions of journalists at any of the four American organizations: The Associated Press, CBS News, National Public Radio and United Press International.

The action is the latest in a series of tit-for-tat clashes over the treatment of journalists, part of an intensifying rivalry between the two powers.

In March, China required five other American media organizations to submit information about their operations. It also expelled almost all of the American journalists working for three of them: The New York Times, The Wall Street Journal and The Washington Post.

The expulsions followed a decision by the Trump administration in February to designate China’s five pre-eminent state-run news organizations as foreign government functionaries, subject to rules similar to those that apply to diplomatic missions. After China expelled the American reporters, the United States in March reduced the number of state-media employees permitted to work in the United States from 160 to 100.

Wednesday’s move came as China began to enforce a new national security law in Hong Kong that limits free expression in the semiautonomous territory, raising doubts about reporters’ ability to effectively cover China from anywhere in the country.

Zhao Lijian, a spokesman for the Foreign Ministry, called Wednesday’s request for information a “necessary countermeasure” against last month’s American action, which he said constituted “unreasonable suppression” of Chinese news outlets in the United States.

American and other foreign correspondents in China say the working environment there has worsened considerably in recent years. The police have harassed journalists and their interview subjects, and some reporters have received limited work permits as punishment for coverage that is critical of the government.

But the latest cycle of escalation between Washington and Beijing started in earnest when the State Department said in February that it would begin treating five Chinese state-controlled news outlets as foreign missions.

One day after the department announced its plans to reclassify the Chinese state-media employees working in the United States as foreign government workers, China said it was expelling three Wall Street Journal reporters.

China said the move was in retaliation for a headline on an opinion article, which the expelled reporters were not involved with. The headline, “China Is the Real Sick Man of Asia,” used a term freighted with associations to China’s weakness in the late 19th and early 20th centuries.