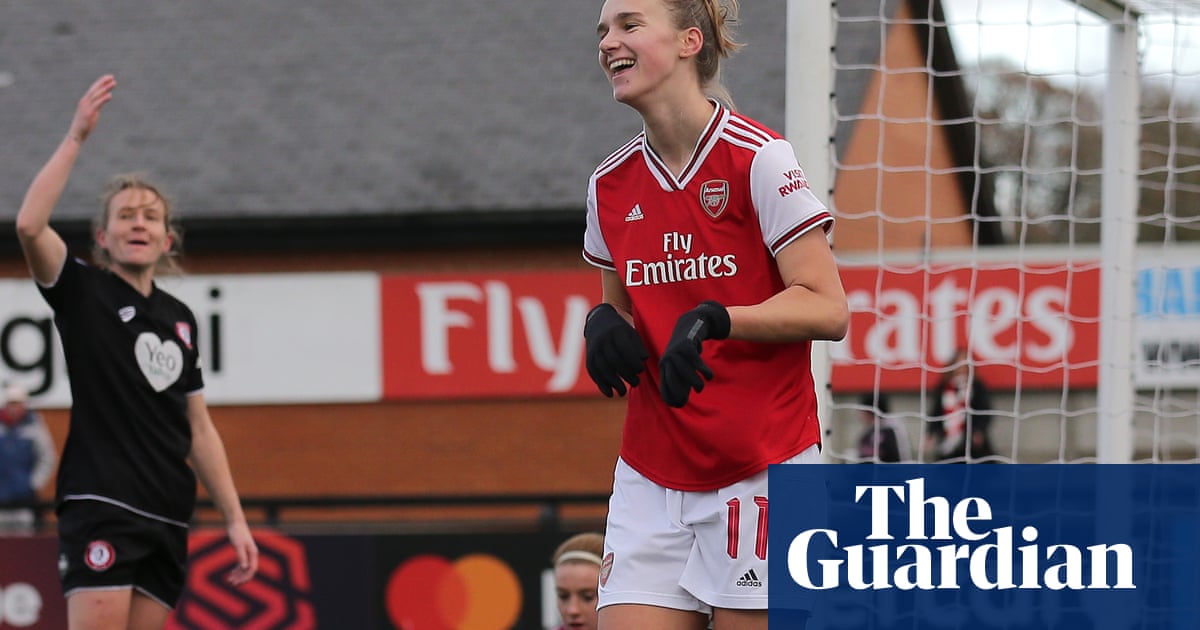 Arsenal’s Vivianne Miedema has been voted women’s footballer of the year by the Football Writers’ Association after a Women’s Super League season in which she scored 16 goals in 14 appearances.

The Netherlands forward got a double hat-trick in the 11-1 win over Bristol City in December and also provided four assists, and is the leading Champions League scorer with 10 goals.

Miedema took the FWA award by one vote from Chelsea’s Beth England. Lucy Bronze and Guro Reiten were joint-third and Ellen White fifth.

Miedema was the league’s top scorer, two ahead of second-placed England, and ended with the most assists: eight.

Although the WSL season was brought to a premature conclusion by coronavirus, with Chelsea awarded the title on points per game, Miedema and Arsenal could end the campaign as European champions. They play a quarter-final against Paris St-Germain in Spain on 22 August.

Jen O’Neill, chair of the FWA’s women’s sub-committee, said: “Vivianne’s clinical efficiency in front of goal and her seemingly effortless poise can mean her all-round ability and footballing intelligence are sometimes overlooked. She is a worthy winner and a world-class performer.”