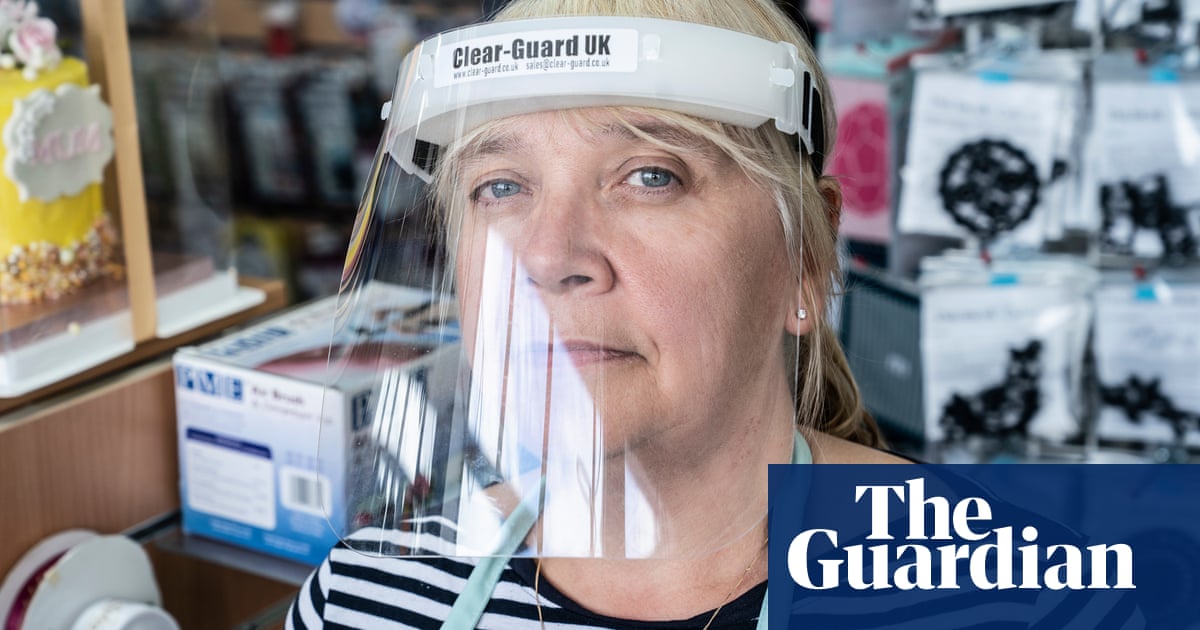 By Tuesday morning, the fact that Leicester was facing a new lockdown was clear. The only question was: what, exactly, did that mean?

On a day of confusion in the Midlands city, the council tried to set out the boundaries that would be in place on the outskirts of town, but some residents complained of a lack of communication and a lack of clarity over which side of the all-important red line they lived.

Debbie Bass, who runs Sugar and Ice, a cake decoration and supply shop, said she had only 15 minutes’ notice that her business would have to close again.

As the shop falls outside Leicester city council’s boundaries, she thought she would be able to open at 10am on Tuesday and continue to restore a business that was just beginning to pick up again two weeks after reopening.

“We didn’t know until 9.45am this morning [on Tuesday]. It was an absolute nightmare trying to work out if we could open or not. I was constantly refreshing the government website, just to get some clarification. The mayor was on TV this morning saying he didn’t know what parts were included, so we thought, ‘Well, what chance have we got?’ We still haven’t had an official message or email. We just had to pick it up off the internet.”

Her plans to take the company’s eight employees off furlough have been put on hold after the change. “The thing that has really cheesed me off is the lack of notice, and the confusion about where the new rules will apply. They’ve known about a potential spike in Leicester for two weeks. So why not give us more notice?

“If they’d given us 48 hours’ warning, we could have time to adjust. We’ve worked really hard for the past two weeks to try and get our business back from nothing for three months. It was all starting to tick along again; we’ve ordered loads of new stock, a lot of which is perishable, like icing, butter cream, chocolate, cakes. After the last lockdown, we had to dispose of a lot of it. We’ll have to do that again if this lasts longer than a few weeks.”

Others were so angered by the return of lockdown that they considered taking matters into their own hands. Leicester City fan Colin Browning heard rumours of the new rules over the weekend and decided to use his experience organising coachloads of fans to away fixtures. “I asked the company I use if they would supply us a coach to take us to another city if needed,” he said.

Hours before Matt Hancock, the health secretary, announced the new measures on Monday, Browning posted a callout on Twitter urging men to book £15 tickets, which he later said would have included “free hand sanitiser, masks and gloves”, for a 48-seater and a 32-seater coach and join him on a trip to the pubs of Nottingham or another town on 4 July.

“They won’t stop us having a beer on the 4th like everyone else,” he tweeted. “Women need not apply.” He said the first bus almost sold out within two hours and that by 7pm on Saturday the second coach was also full.

But on Tuesday morning Browning claimed the trip was cancelled. “In hindsight, we may have gone a little over the top with two coaches, and we are now only taking a minibus. All are wearing the correct PPE and social distancing will remain at all times,” Browning said.

“The whole nation has a chance for a release of frustration at the weekend and for a minority to spoil this for the rest of the city who have stuck to the lockdown measures is a real kick in the teeth. I live in a suburban Leicestershire village. Why should my local pub have to stay closed because of an outbreak 14 miles away?”

Michelle Teale, 58, a reservations coordinator from Leicester, has stage four breast cancer and had been looking forward to being reunited with her mother, 86, who lives in Cleethorpes. “I last saw my mum on 2 March, when I said goodbye to her at Leicester train station. We’re really close, and lockdown couldn’t have come at a worse time,” she said.

She lives in a postcode that falls within the lockdown area of the city, and because her immune system is weak and her mum elderly, she said she could not risk disobeying the rules. “I need that hug from my mum but it would be classed as a non-essential journey. I need her arms around me, but I am not going to crumble. It’s hard, but we have to trust the government, the people at the top who have made this decision,” she said.

“I haven’t cried yet, but it has put a hard damper on things. I’m trying to stay positive and will follow the rules.”