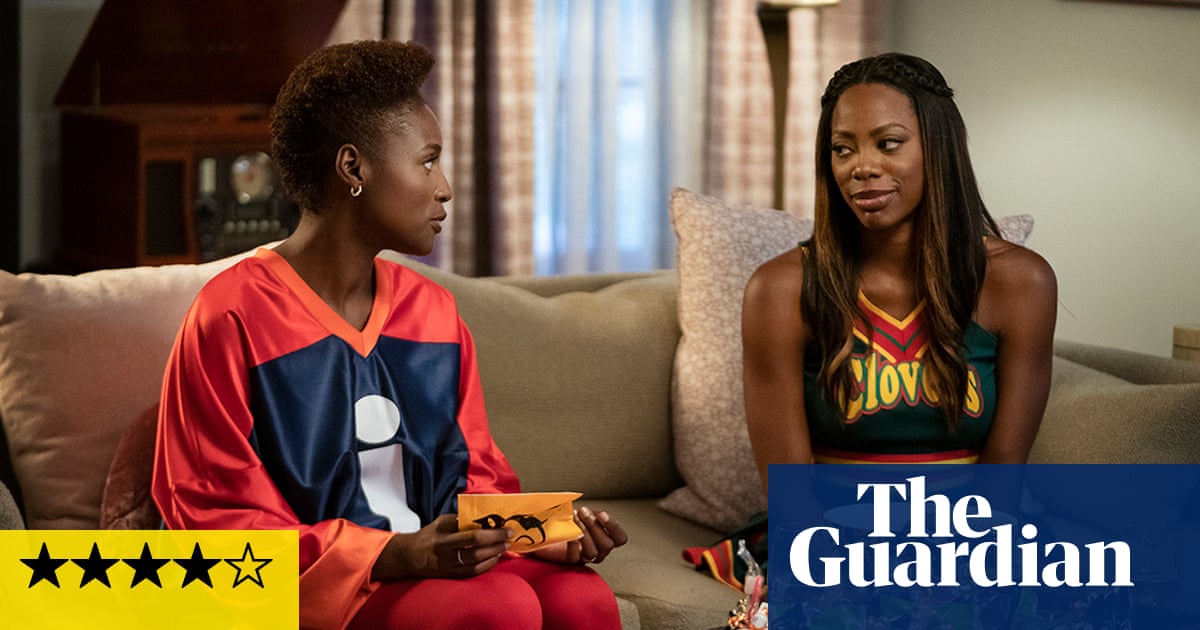 The second episode of Insecure’s fourth run (Sky Comedy) ends with one of the most perceptive portrayals of a friendship in crisis ever committed to screen. There are no tears, screaming or hair-pulling. Rather, there is a blissful zoning out, like the end of Mad Men when Don Draper gets all spiritual. Molly (Yvonne Orji) stares into the middle distance of Los Angeles as her best friend, Issa (Issa Rae), recounts a relationship crisis, having moments earlier dismissed Molly’s love life. The song Rockaway by the American rapper KAMAUU cuts in as the credits roll: “I go my own way, you go your own way / I hope we can make a way, these kind of things fade away.”

This being the fourth season of a show centred on black friendship, brewing resentment seems a necessary addition to proceedings. Not that season three wasn’t compelling: the Coachella episode, where scene-stealing Kelli (Natasha Rothwell) was Tasered and no one got to see Beyoncé, was masterly. But it was an introspective series, too, which required much investment on the part of viewers. Issa’s ex, Lawrence (Jay Ellis), was absent, replaced by a revolving door of essentially fine, but unsuitable, men; Molly’s new job at an all-black law firm turned out to be just as dispiriting as her job at an all-white law firm.

The pair tentatively made moves towards “being happy”: the more free-spirited Issa quitting her job to move into event planning and becoming the manager of her apartment building, while highly strung Molly took a chance on something seemingly serious with Andrew (Alexander Hodge).

Now, though, the friends are drifting apart – and fast. Issa has a new pal, Condola, who is helping her organise a neighbourhood block party for black businesses. She is also in an inadvisable situationship with “TSA bae”, a customs guy who brings her confiscated booze. Molly is still unhappy at work, mostly because her colleague Torian always looks as if she has just let off the world’s most potent fart and because Andrew won’t open up about his personal life. Issues between the friends begin as most do – miscommunication, different schedules, a kernel of resentment – and grow and fester as the series continues.

Unlike, say, Girls, in which Hannah’s pals actively ditched her – Shoshanna labelling their friendship as “exhausting and narcissistic and ultimately boring” – Insecure shows that things don’t always blow up. Sometimes, friends you love intensely and take for granted fade quietly via unanswered phone calls or thoughtless comments. Moments before Molly zones out, Issa delivers a burn regarding the Andrew situation, which, you imagine, sounded far more loving in her head. “It seems like you’re always finding a problem. Sometimes, I’m like: do you want to be happy? I’m sorry – aren’t you tired? Cos I’m tired for you.”

As with previous seasons, there is a fictional show-within-a-show that the characters are addicted to: this time it is Looking for LaToya, a pastiche of true-crime documentaries. Rae has described it as an antidote to the shows and podcasts that are “always looking for missing white girls … none of these are centred on black girls, and [this shows] what it would look like if it were. And [it finds] the dark humour in that.” It also serves as a metaphor for the shifting friendship, not least when a reporter, Rose Cranberry, asks dramatically: “Who’s responsible? Did anyone see this coming? Could anyone have stopped it?”

As for the chaos: Condola is dating Lawrence. Yes, that Lawrence! He essentially tells Issa to stay out of their relationship, which feels a bit harsh – even for him. Then again, maybe distance is the best way. As his friend Chad tells him in a memorable scene: “You don’t wanna start texting [Issa]. Old girl take your shit out of context and send you some titties. All of a sudden, you got a paper trail.”

It is not perfect. Like season three, it sometimes moves too slowly and the product placement occasionally feels relentless – especially when we get a closeup of a bottle of Lea & Perrins. But, ultimately, it takes us to an important place and shows that all of the progress the girls made can be undone without the right people around them. An “inspirational” Facebook post might ask: “Are you depressed or just surrounded by arseholes?” Rae shows that the truth is that life is always a little more complicated than that.