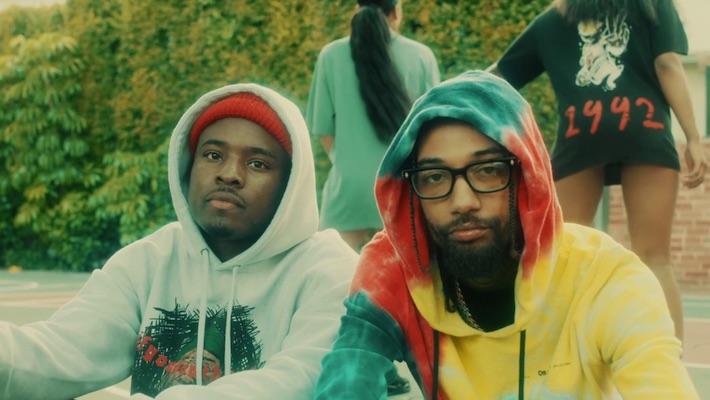 IDK previously indicated he would “never put out a project like IDK&FRIENDS again,” as he tweeted back in 2019, but thank goodness he didn’t keep good on that promise. He recently dropped IDK & Friends 2, which also serves as the soundtrack for Kevin Durant’s documentary Basketball County: In The Water. Now he has teamed up with one of his aforementioned friends, PnB Rock, on a video for their collaboration, “End Of Discussion.”

The lyric video is a simple visual (as lyric videos tend to be): IDK and PnB Rock sit in front of the camera, wearing disappointed looks on their faces and smoking as two girls twerk behind them.

Set to follow IDK & Friends 2 is the rapper’s next album, U See 4 Yourself.

Watch the “End Of Discussion” video above.