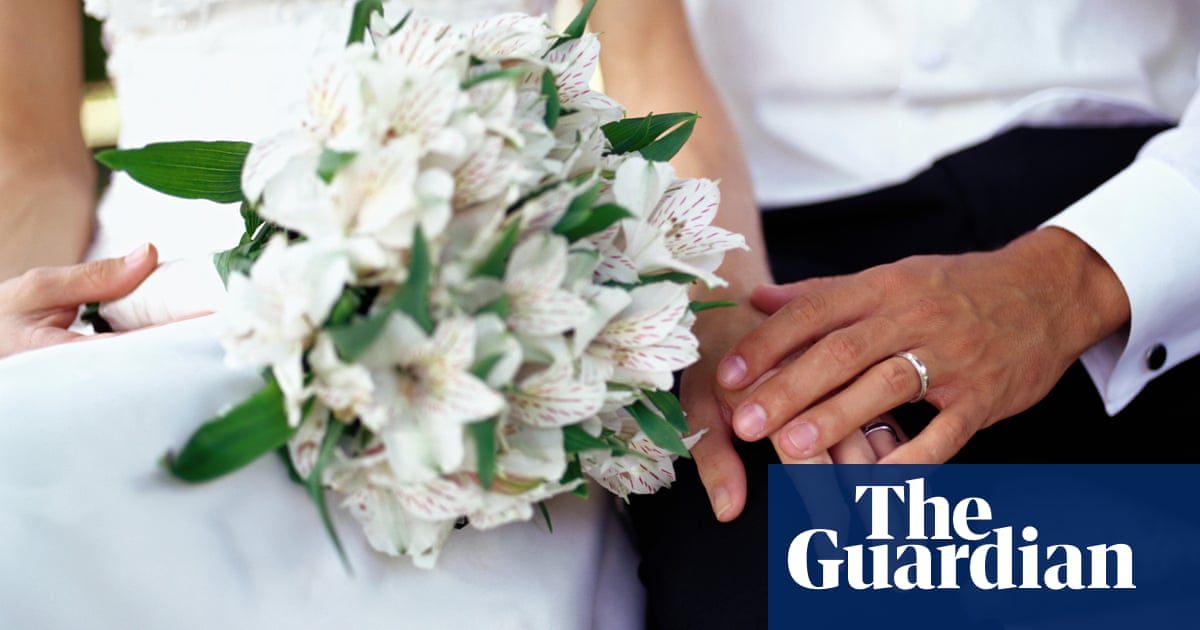 After 14 years together, Kate Harrison and Christopher Sanderson, both in their 60s, would like to get married. But first they are going to court.

They are one of six couples going to the high court next week to try to force a legal recognition of humanist weddings in England and Wales, which would bring the nations in line with Scotland and Northern Ireland.

Although the government was authorised by parliament to legally recognise humanist weddings in 2013, it has not done so. More than 6,000 couples who have gone through humanist ceremonies since then have faced a choice between having a second civil ceremony at a registry office or having no legal recognition of their marriage.

Harrison and Sanderson want to formalise their commitment to one another in a ceremony that reflects their deeply held humanist beliefs. “We believe that the act of getting married is profoundly personal, and having a humanist ceremony is central to our identities as humanists,” said the couple, who live in Lincolnshire.

“If you have a religion, you can get married in a way of your choosing which is compatible with your beliefs, but if you are non-religious, the state has a complete monopoly over how you get married,” they added.

Lawyers for the six couples taking a case to the high court next week will argue that the current law discriminates against them because of their humanist beliefs and therefore is incompatible with human rights legislation.

Ciaran Moynagh of Phoenix Law, one of the law firms representing the couples, said: “The time for asking to be accommodated is over. The courts are now the only appropriate and realistic method of moving this issue on. Following a successful case in Northern Ireland, momentum is on our side, and I believe couples who look forward to a legally recognised humanist ceremony should take great heart and hope from that.”

Janet Daby, shadow minister responsible for faith and belief, said: “Parliament voted to give the government the power to give legal recognition to humanist marriages in 2013, but we have seen dither and delay from successive Tory prime ministers. It’s time for the government to recognise the thousands of humanists across the country who are simply asking for a legally recognised wedding that is reflective of their beliefs and values.”

Nearly seven out of 10 adults in England and Wales support legal recognition of humanist weddings, according to a YouGov poll in 2018.

Andrew Copson, chief executive of Humanists UK, which is supporting the legal challenge, said: “Couples who have humanist weddings see that day as the epitome of their love and commitment to each other, and all they want is the same legal recognition for that as is given to every religious person in our country.”