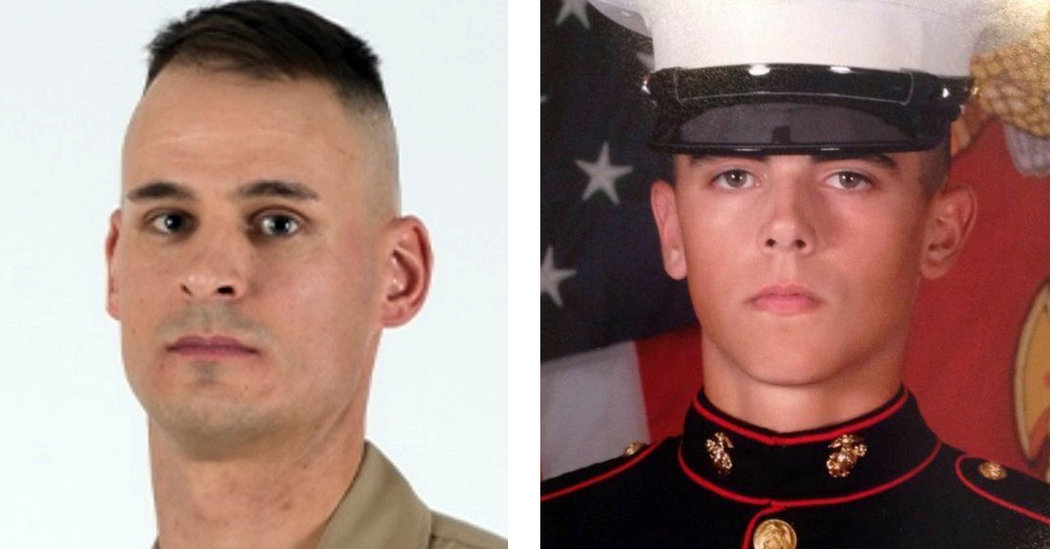 WASHINGTON — Erik Hendriks has largely avoided news reports since his son, Cpl. Robert A. Hendriks, was killed by a car bomb in Afghanistan last April.

But the news that several American officials believe that a Russian military intelligence unit paid bounties to Taliban-linked militants to kill American and coalition troops in Afghanistan has been impossible to ignore, especially as he’s learned that the attack in which his son and two other Marines died may have been related to that effort.

“If it does come out as true, obviously the heartache would be terrible,” Mr. Hendriks said.

He is not a political person, Mr. Hendriks insists. While he does not usually vote, he described himself as a supporter of President Trump.

“I am a Republican and I am a Trump supporter,” he said. “But there would be no way he didn’t know about it if Russians were paying off these cowards like mafia payoff hit men. I would expect the government to have 1,000 percent support behind these warriors.”

Despite the heartbreak of losing a son in combat, Mr. Hendriks said he never had doubts about the mission in Afghanistan.

“I agreed with Mattis on this,” he said, referring to Jim Mattis, the retired Marine general who served as Mr. Trump’s first defense secretary and repeatedly defended the United States’ role in Afghanistan.

“Thank God these warriors were there,” Mr. Hendriks said. “I really do believe if they were not there, the enemy would be here. I know my son supported it.”

In a telephone interview from his home in Glen Cove, N.Y., Mr. Hendriks said that “you would think they would have had the best intelligence and the best backing over there. If I find out this information was given to this administration or a previous administration, because let’s face it, who knows how long this could have gone on, the little faith I have in government would go down the drain.”

Felicia Arculeo, Cpl. Hendriks’ mother, and Erik Hendriks’ ex-wife, did not immediately respond to a request for comment, but Mr. Hendriks described her as currently “living a nightmare.” She told CNBC Monday “that the parties who are responsible should be held accountable, if that’s even possible.”

Robert Hendriks was 25 when he and two other Marines, Staff Sgt. Christopher K.A. Slutman, 43, a New York City firefighter, and Sgt. Benjamin S. Hines, 31, of York, Penn., were killed when their armored vehicle struck a roadside bomb near Bagram Air Base, about 20 miles north of Kabul.

Cpl. Hendriks had signed with the 2nd Battalion, 25th Marines, a reserve infantry battalion based in Garden City, N.Y., right after high school.

It was his first deployment to Afghanistan, where he was serving with his brother, Joseph, who escorted his body back to the United States.

During his 2016 campaign, Mr. Trump repeatedly promised to end the foreign entanglements that had engulfed previous administrations over the course of two decades.

Indeed, his criticism of the war in Iraq during the campaign and his desire to greatly reduce the United States’ role abroad attracted many veterans to his campaign. He has moved to reduce the number of troops in Afghanistan. While still popular with veterans and members of the military, he has lost some support in recent months over his use of active-duty troops on American streets against largely peaceful protesters around the nation.

VoteVets, a liberal group, has teamed with Concerned Veterans for America, a conservative group aligned with Mr. Trump on many policy issues, to oppose overseas interventions and lobby members on Capitol Hill against “forever war.”

The accusations against Russia and questions around what Mr. Trump knew about them drew immediate fury from some groups that represent military families.

The Secure Families Initiative, which advocates on behalf of military families on foreign policy matters, said in a statement: “These revelations should appall anyone. But as military families, we are particularly panicked and grief-stricken. Those are our loved ones living with a target on their back. Outrage does not even begin to cover it.”

This week, VoteVets created a video for social media targeting Mr. Trump on the Russia issue, which was watched over 3 million times on Twitter.

The revelations of intelligence pointing toward a Russian bounty program have added to the disappointment and frustration of some veterans.

“This is pretty outrageous, quite frankly,” said Kyle W. Bibby, who was a Marine infantry officer in Helmand, Afghanistan, in 2010 and 2011, and retired last year as a captain. “This consistent theme of the Trump administration of overlooking things Russia has done has become ridiculous.”

Mr. Bibby said that during his time in Afghanistan, Marines were often told that other countries — notably Iran — were backing what he called “malign” activities by insurgents against American troops.

“The general rule of thumb is when something like this takes place, you call it out for the obvious reason that continuing this hurts people who are serving there,” he said. “At this point, we know that’s a basic expectation of a commander in chief. Donald Trump is not meeting that.”

But for Mr. Hendriks, a retired New York City Police detective, the issue is not a political debate, but a deep emotional scar, something that he said only others who have lost a family member to war can comprehend.

“I can talk to one thousand people a day and they have no idea what it is like to lay down at night and to lose a son like they do,” he said.

Mr. Hendriks notes that he has no proof of what Mr. Trump knew. “Because who knows the truth anymore?” he said.