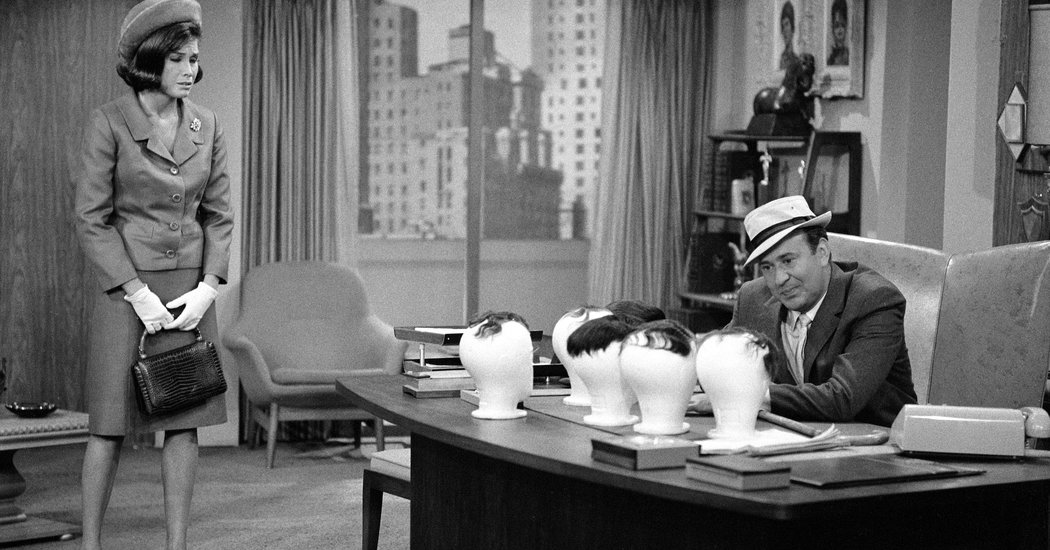 I’m overstating things, sure: Reiner, who died Monday at age 98, was one of a group of pioneers who defined the medium in its early years. (Several of them, including Sid Caesar and Mel Brooks, did some of their best work with him.) I’m also understating things: Reiner’s legacy extended to comedy albums and film — he was even a lively presence on Twitter until his last hours on Earth.

But Reiner’s acting and writing in television’s early days (“Caesar’s Hour,” “Your Show of Shows”) helped define what TV would become. It would be playful, experimental, fast-paced. It would be mouthy and expressive, a medium that blew your lapels back.

It would also be self-referential. TV was an eyeball that loved to look at itself. It was a cultural force that was changing us a lot in a little time, reconfiguring home life and routines, rewiring our metabolism and creating an entire industry dedicated to making that little box talk from morning to night. TV brought us the world, and that world was increasingly made by TV.

And Reiner’s landmark creation, “The Dick Van Dyke Show,” which ran for five seasons starting in 1961, was the first great TV sitcom about TV.

It wasn’t only that — it was also a sophisticated suburban married-life comedy powered by the how-were-we-ever-so-lucky pairing of Van Dyke and Mary Tyler Moore. But the workplace half of this hybrid, about Rob Petrie’s experiences in the pressure-cooker writers’ room of the fictional “Alan Brady Show,” set the template for behind-the-cameras comedies including “30 Rock” and Moore’s own self-titled show in the 1970s.

Carl Reiner was Rob Petrie; the workplace experience and situations drew on his experience as a TV actor and then writer in the 1950s. But he couldn’t be Rob Petrie. He tried, playing the lead in the failed 1960 pilot for “Head of the Family.” (Audiences, he later said frankly, were too used to seeing him as a “second banana.”) Van Dyke’s charisma and jack-in-the-box physical comedy as the recast lead gave Reiner a more telegenic avatar.

Instead, Reiner became the star-within-a-show, the shouty, egotistic boss who kept Rob dancing on eggshells. The role would not make Reiner a household face. Just the opposite. In the early seasons of the show, Brady held court and berated his writers as shot from behind (or heard from offscreen), so viewers knew him mostly from the back of his bald (or toupéed) head. (“Seinfeld” would echo the device decades later with its depiction of George Steinbrenner, voiced by Larry David and embodied by Lee Bear, his back to the camera.)

The device was a masterstroke. It made Reiner’s lack of distinction distinctive. He was no longer a second banana but an angry light bulb, radiating his peevish glare on all his underlings. Reiner — with a legendary cast at his disposal, including Morey Amsterdam and Rose Marie as Rob’s writers’ room comrades — used himself sparingly. But when called on, that bald head shone.

Reiner, a performer before he was a writer-creator, was often known as a straight man, as when he teed up questions for his pal Brooks in their “2,000-Year-Old Man” routine. But as Alan Brady, an outsized tyrant (an ironic role for a man widely eulogized as a mensch), he was everyone’s worst boss, and the personification of the new, high-stakes medium and business.

In “When a Bowling Pin Talks, Listen,” from Season 2, he sits in a barber’s chair like a king, being primped by three attendants, when Rob and his co-workers interrupt to tell him that they’ve accidentally plagiarized a sketch. Brady erupts, solves the problem with a blustery phone call and swaggers out the door, his barber carrying his toupee. At one point, Reiner and Van Dyke seem to strain not to break character and crack up — the TV Reiner and the actual Reiner each taken in by the other’s act.

Of course, while playing Brady indulged Reiner’s showboating side, in the end he really was Rob Petrie, a writer who built a life out of comedy. Reiner’s ability to understand Rob both as stressed-out staffer and amiable family man gave “The Dick Van Dyke Show” a generosity that later, dyspeptic inside-TV satires lacked.

Sitcoms often break down between domestic and workplace premises, but one measure of “The Dick Van Dyke Show” was that it was simultaneously one of the finest examples of both, for which we have to thank Carl Reiner for writing what he knew. TV was his business, but it was also his home.