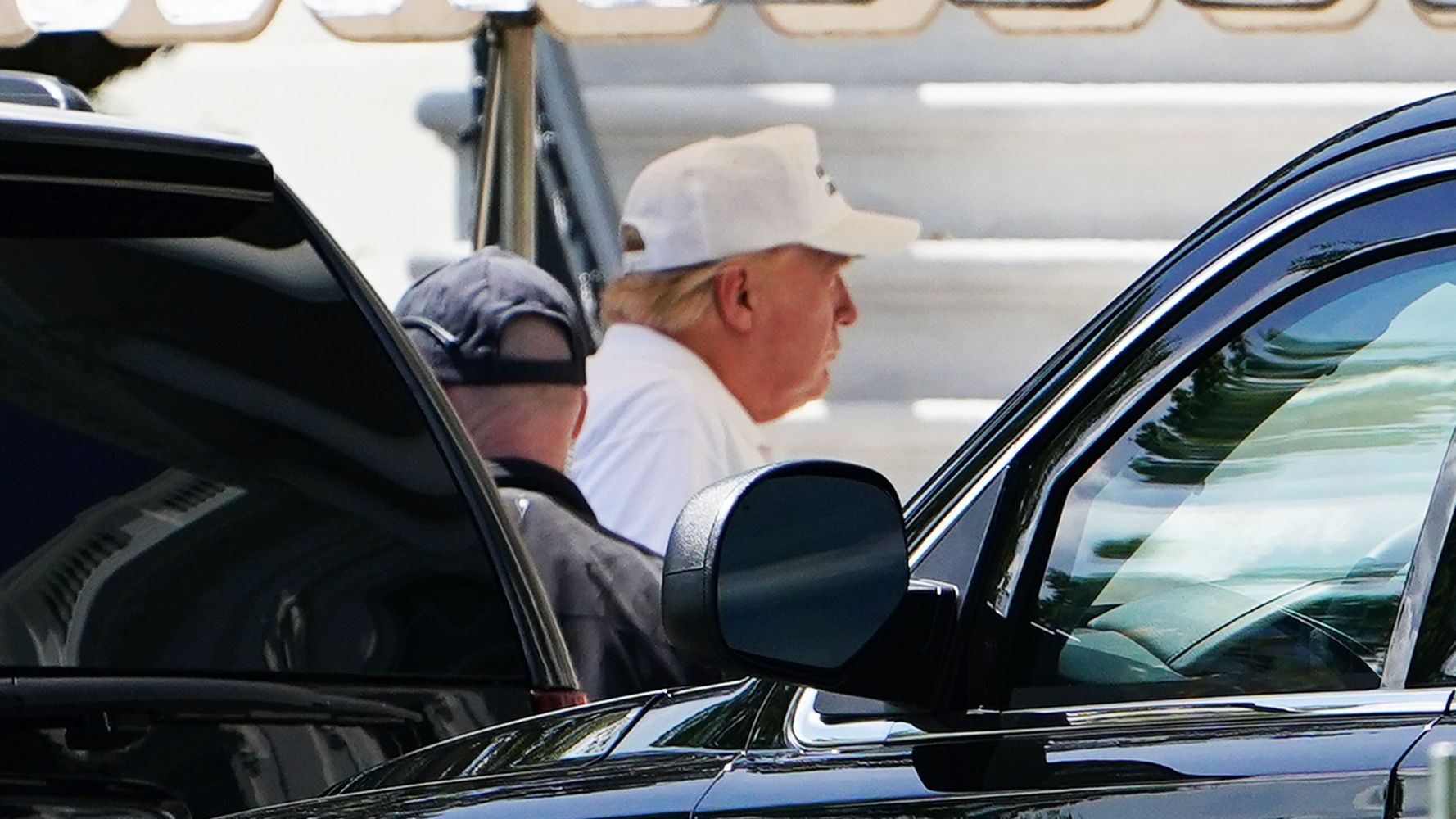 President Donald Trump spent a day at the links Saturday at his Virginia golf course as the nation careened toward 100,000 deaths from COVID-19. It was his first time golfing in more than two months since declaring the pandemic a national emergency.

The tee-time scenes couldn’t help but recall those times Trump slammed Barack Obama for golfing when he was in the White House during the Ebola outbreak — which claimed two lives in the U.S.

Trump complained after the second confirmed case of Ebola on “Fox and Friends” in 2014 that Obama shouldn’t be spending any time golfing.

“There are times to play and times that you can’t play. It sends the wrong signal,” Trump declared.

“You know when you’re president you sorta say, like, ‘I’m gonna give it up for a couple of years and I’m really gonna focus on the job,’” he added. Trump couldn’t help noting: “Golf is a great game; nobody likes it more than me.”

In 2014 on Fox and Friends he criticized Obama for golfing when there were *two cases* of Ebola in the United States saying, “it sends the wrong signal” and he should have given up golf as president “to really focus on the job.” https://t.co/br8jLwVLts pic.twitter.com/Jmh5CSt2mp

Trump also posted on Twitter in 2014, lashing Obama for golfing during the Ebola outbreak.

President Obama has a major meeting on the N.Y.C. Ebola outbreak, with people flying in from all over the country, but decided to play golf!

Trump claimed in February that the 15 cases of COVID-19 in the U.S. “within a couple of days is going to be down to close to zero.”

That same day coronavirus task force member Dr. Deborah Birx told Chris Wallace on Fox News: “Our projections have always been between 100,000 and 240,000 American lives lost and that’s with full mitigation [protective measures] and us learning from each other of how to social distance.”

Trump wasn’t wearing a face mask while golfing Saturday, nor did he appear to be maintaining social distancing guidelines recommended by his own federal Centers for Disease Control and Prevention.

After three years in office, Trump had already spent two-and-a-half times as many days on a golf course as Obama chalked up at the same point in his first term, according to an analysis by HuffPost.