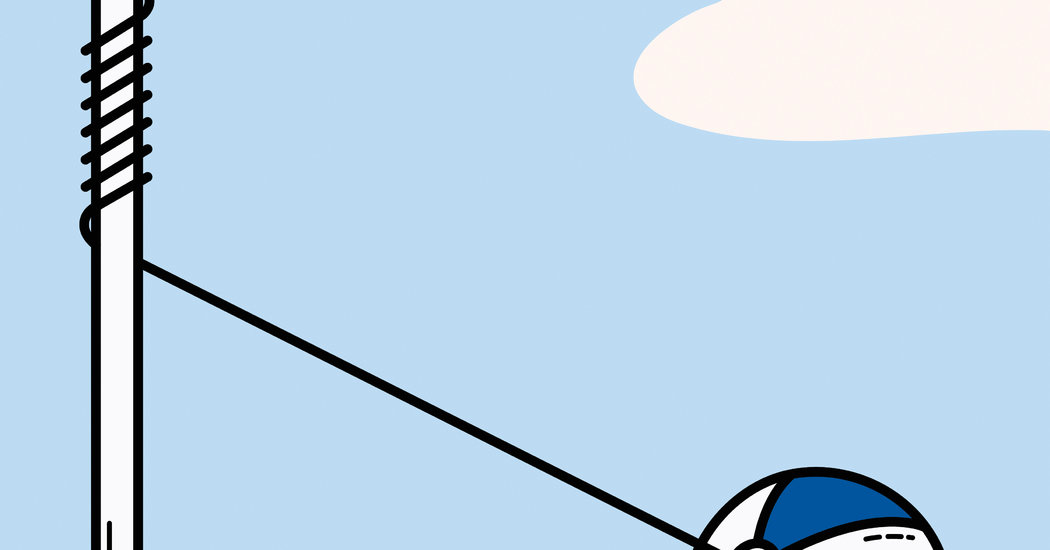 LONDON — For us, it was supposed to be France — a big house in a soporific Breton village, with 16 members of my partner’s family. Her bon vivant father, who recently completed chemotherapy, had paid for the rental to celebrate with two weeks surrounded by grandkids and half-empty bottles of Beaujolais. Everyone had been looking forward to it all year. It is only in the past two weeks, after France announced an 18 billion euro (about $20 billion) “Marshall Plan” to place its vital tourist sector on life support, that I finally conceded that the trip isn’t going to happen.

The summer holidays are looking like a bust, and the economic implications are myriad and grim. In France, Italy and Spain, tourism accounts for 10 percent to 15 percent of G.D.P. Worldwide, the industry sustains 330 million jobs. But as second flare-ups in China and elsewhere have already demonstrated, test-and-trace systems are of little use without controls on who can enter from abroad. And so it is hard to envisage a scenario in which international travel will return to anything resembling business as usual anytime soon.

All of which means that if the summer is to hold anything approximating a vacation, we are probably going to have to look closer to home. In an attempt to wring something positive out of this interlude, I’ve found myself hoping that this prospect might foreshadow something necessary, perhaps even cathartic. Could a summer in which everyone is stuck at home within their own borders, like argumentative relatives locked in a room to hammer out their differences, actually reap some benefits?

My own country, Britain, offers something of a test case for the rapid evolution of the summer holiday, and for its unforeseen social ramifications. As the first country to industrialize, Britain was also the first country to develop leisure habits that would grow into the global, multitrillion-dollar travel industry of today. As early as the 1700s, the Georgian middle classes developed a belief in the curative properties of “sea-bathing”: In summer, they descended on fishing ports like Brighton and Margate, where “dippers” helped to plunge well-covered customers into the frigid waters of the English Channel.

In the decades that followed, the allure of the seaside democratized in tandem with the growth of industry and the consumer revolution. As more and more people of every socio-economic class looked to the coast for their weekend down time, the social landscape they brought with them — sand castles, donkey rides, fish and chips on the pier — became a motif of British culture.

The age of mass tourism as we know it today dawned in 1938 with the passing of the Holidays With Pay Act, which introduced the statutory provision of annual leave to the British workplace for the first time. From the end of World War II onward, the country celebrated peacetime by heading for its sand and pebble beaches as never before. In 1949, five million people are believed to have trod the promenades of towns like Eastbourne, Skegness and Blackpool.

In Britain, the golden years of domestic tourism would be fleeting. On May 5, 1962, the inaugural flight of Euravia, the first airline to specialize in package tour charters, took off from Manchester bound for Palma de Mallorca, Spain. The following year saw the beginnings of a wholesale carve-up of Britain’s railways that would fatally diminish travel from large northern industrial cities to the coast. As television began to demystify the continent, Britain’s holidaying public turned its gaze across the sea, to enticingly warmer waters.

By the turn of the millennium, a new generation of budget carriers, notably easyJet and Ryanair, had unlocked the floodgates, turning the continent into a year-round buffet of winter sports, Mediterranean sun and whirlwind weekends. Bognor Regis, it transpired, could not compete with Benidorm.

Research from the Association of British Tour Agents found that British people took an average of 1.1 foreign holidays of a week or more per person in the 12 months leading up to July 2019. Those trips form part of a global phenomenon that has seen the number of international journeys made every year expand from 25 million in 1950 to 1.5 billion last year. Once the preserve of the idle rich, the foreign holiday has grown into a touchstone of modern fulfillment.

Meanwhile, Britain’s seaside towns have become synonymous with poverty and decline. The skeletons of Victorian pleasure piers now rust beside a moribund infrastructure of bingo halls, amusement arcades and crazy golf. Last year, a parliamentary report on “The Future of Seaside Towns” regretted the widespread view of these coastal communities as a “national embarrassment.”

In Jaywick Sands, a suburb of Clacton-on-Sea in Essex that bears the unwanted mantle of Britain’s most impoverished neighborhood, 57 percent of the former holiday resort’s population live in “income deprivation.” It doesn’t take much insight into British society to guess that a majority of beach towns voted overwhelmingly in favor of Brexit in 2016, seeing in the vote a chance to repudiate both a continent and a cosmopolitanism that had robbed them of prosperity and purpose.

Today, as we reorient to a world rendered immobile, I’m struck by the idea that the need to reanimate these forgotten regions dovetails with a more global imperative: the urgent need to travel less. Before the pandemic hit, my reflections on the difficult ethics of tourism in 2020 mostly circled the subjects of climate change and overtourism. But I also realize that the desire many of us feel to flee abroad at the first opportunity is symptomatic of something more nebulous, but perhaps no less consequential: a dereliction of home.

At the end of last year, an Ipsos Mori poll found that 79 percent of British people believe that their country is “on the wrong track” — a sentiment echoed in countries around the world. Much of this can be attributed to the attenuation of opportunity that followed the financial crisis of 2008-09. But some of it stems from a lost sense of belonging and the gulf that has emerged between those who still cling to the liberal dream of heterogeneity and those hankering for a more parochial past.

The fact that so many of us now spend our moments of maximum happiness overseas has surely played a role in deepening this fault line. And many of the pleasurable experiences of social intermingling that might once have offered a counterbalance, like a day out at the seaside, have been sacrificed to consumer choice.

I am not so naïve as to pretend that a summer spent at home will instigate some halcyon redux of the faded seaside’s 1950s heyday. Neither can it in any way compensate for the lost joy and economic devastation wrought by the suspension of international travel.

Nonetheless, once various destinations give the green light to domestic visitors (and in Britain, at least, that does mean not yet), those of us who can should embrace the quiet suggestion of this cursed season: to seek out uncherished places we had previously overlooked or that we never knew existed. Who knows? Perhaps a summer locked in a room together might be just what we need.

Henry Wismayer (@henrywismayer) is a writer based in London.